F1: dominating in Spain, Leclerc will start on pole, ahead of Verstappen

Dominant since the start of the weekend and determined to widen his lead in the Formula 1 championship, Charles Leclerc (Ferrari) offered himself pole position in the Spanish Grand Prix on Saturday, his fourth… 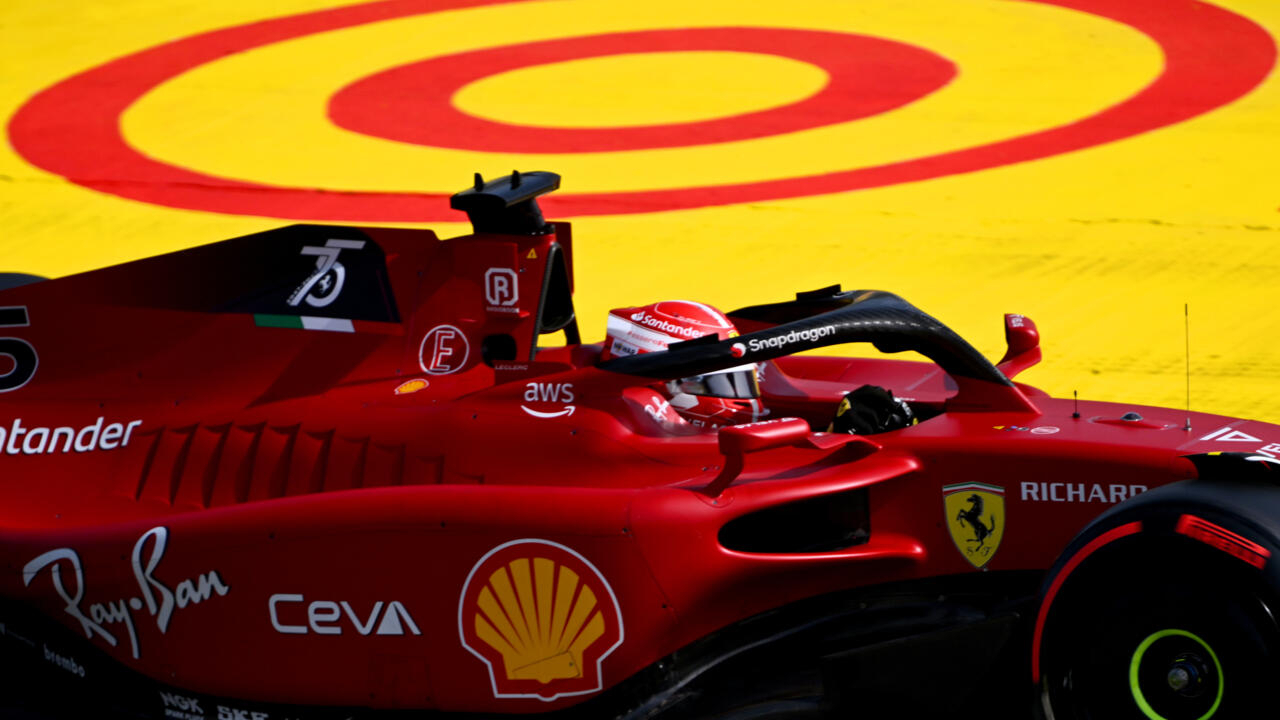 On the Barcelona-Catalonia circuit in Montmelo, he will start on Sunday alongside Dutchman Max Verstappen (Red Bull), his rival in the general classification, again victim of a mechanical problem at the end of qualifying - a lack of reliability which has plagued Red Bull since the start of the season.

"I couldn't do my last lap, but being on the front row (...) is good. Obviously, I would have liked to go for pole", reacted the reigning world champion, who points currently at 19 units from Leclerc.

If the statistics observed on the Catalan circuit give Leclerc the advantage for the moment - since during 23 out of 31 GPs, the winner started from pole - the Ferrari driver fears that his tires will come to play the trouble- holidays.

"I'm in a good position but we had difficulties with the tires and if we don't manage (them) well, we will lose the victory", he has already warned.

Charles Leclerc after qualifying for the Spanish GP, May 21, 2022 in Montmelo, near Barcelona LLUIS GENE AFP

The two leading men will start ahead of the other Ferrari, that of the Spaniard Carlos Sainz Jr. who, in front of his home crowd, has still not managed to snatch the pole position he has coveted since the start of his career. .

Under temperatures exceeding 34 degrees in the air and 45 degrees on the track, Mercedes, in difficulty at the start of the 2022 season, the year of the entry into force of a brand new technical regulation, has attempted a change by removing the pontoons from its single-seaters.

A strategy that seems to have paid off since the start of the weekend since under the eyes of tennis champion Roger Federer, seen in the garage of the German team, George Russell set the 4th time and Lewis Hamilton the 6th behind the Red Bull of Sergio Pérez, who will start in 5th position.

The Mercedes of Briton Lewis Hamilton during qualifying for the Spanish Formula 1 GP on May 21, 2022 in Montmelo GABRIEL BOUYS AFP

"We are progressing (...) the car no longer bounces in a straight line which is a huge difference. We still have some improvements to make," said Hamilton.

Far from the leading men, the French Esteban Ocon (Alpine) and Pierre Gasly (AlphaTauri) snatch the 12th and 14th times.

Earlier in the day, the AlphaTauri driver had not recorded any time during the last free practice session due to his engine overheating at the start of the session.

After around thirty GPs since 1991 and winter testing every year between 2014 and 2020 then in 2022, drivers and teams know the Catalan circuit by heart.

Like Mercedes, while several teams have therefore taken advantage of the Catalan track to develop their single-seaters, Aston Martin's AMR22 has been in the spotlight since the start of the weekend for its improvements made in Barcelona, ​​strangely similar to the Red Bull.

The International Automobile Federation (FIA) deemed these improvements to be compliant on Friday, but Red Bull today suspects a "transfer of intellectual property" and will launch an internal investigation.

"We now have to check that we have not had a data leak (...). We want to make sure, this is what we are investigating at the moment", indicated Saturday Pierre Waché, technical director at Red Bull, which assures that "the FIA ​​will be part of the process if we find something".

For its part, Aston Martin, through the voice of its technical director Andrew Green, defended itself: "I don't know what these accusations are that Red Bull is thinking of, and all I can say is that at no time have we received any data from any team, from anyone."

The two drivers from the British team, the German Sebastian Vettel and the Canadian Lance Stroll, were however eliminated at the start of qualifying, in Q1, and will start 16th and 18th respectively on Sunday.