Russia said that it had decided to ban hundreds of American and Canadian personalities from entering its lands, led by President Joe Biden, while the US President signed a $40 billion aid package for Ukraine, half of which is military aid. 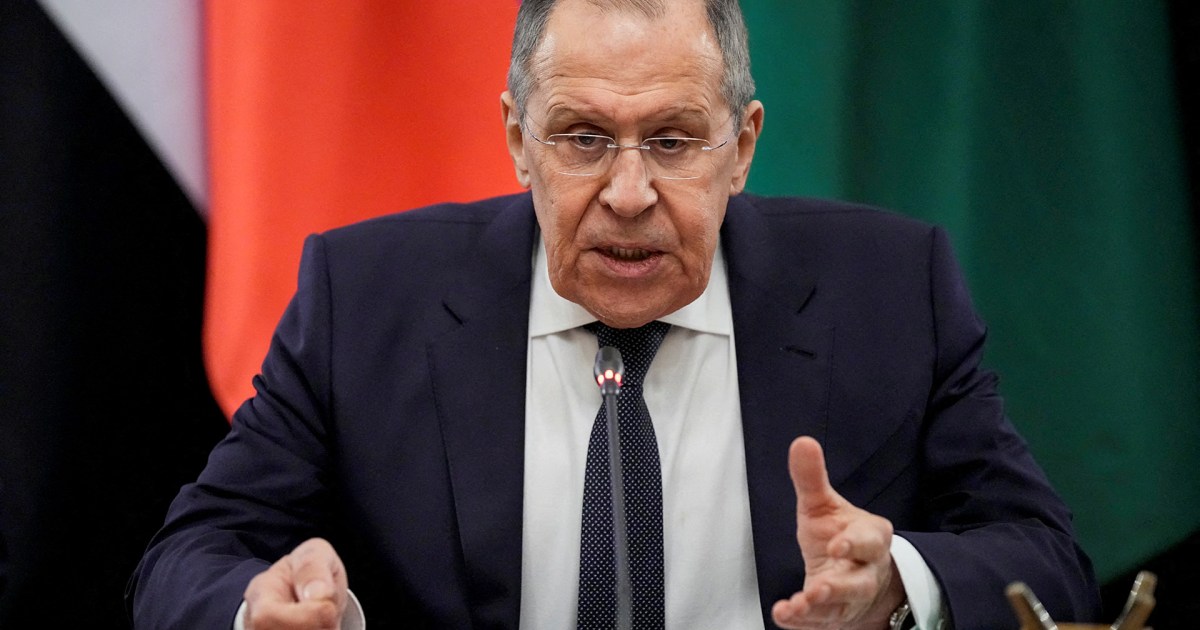 Russia said today, Saturday, that it had decided to ban 989 American and Canadian officials and officials from entering its territory, led by US President Joe Biden and Canadian Prime Minister Justin Trudeau, in response to similar Western sanctions, while the US President signed aid to Ukraine worth 40 billion dollars, while she said Britain wants to arm Ukraine's neighbor Moldova against any possible Russian attack.

The Russian Foreign Ministry stated that Moscow had decided to ban 963 Americans from entering its territory, including President Biden, Secretary of State Anthony Blinken and William Burns, director of the Central Intelligence Agency (CIA).

The ministry added that this measure comes in response to the continued US sanctions against Moscow, against the backdrop of the latter's war against its neighbor, Ukraine, since February 24.

Russia also decided to ban travel on 26 Canadian personalities and officials, including the wife of the Prime Minister, the commander of the Canadian Air Force and other senior officials.

The Russian Foreign Ministry stated that it would take further measures in the near future in response to what it described as "the hostile actions of the Trudeau regime in Canada, which has embraced Russia's hatred."

In a related context, Russia's Gazprom suspended natural gas exports to neighboring Finland on Saturday, in the latest escalation of the dispute between Moscow and European countries over the method of paying energy payments, which resulted from the tightening Western sanctions on the Russian economy.

Gazprom is demanding that European countries pay for Russian gas in rubles, not dollars and euros, but Finland refused this request.

Moscow's move comes days after Finland and Sweden applied to join the North Atlantic Treaty Organization (NATO), in a decision motivated by the repercussions of the Russian war on Ukraine.

Last April, Russia cut off its gas exports to Bulgaria and Poland after they refused to comply with the new payment terms.

On the other hand, the White House said that President Joe Biden signed today, Saturday, a decree that includes $40 billion in aid to Ukraine, half of which is earmarked for the Ukrainian army.

Biden's signature came after Congress ratified the new aid package, which will ensure a steady flow of advanced US weapons to Kyiv until next September.

Half of the new US aid package to Kiev is for the Ukrainian army, and will enable the continued flow of advanced US weapons until next September.

Among the new aid, $8 billion was allocated to support the Ukrainian economy, another $5 billion to address food shortages that might result from the collapse of Ukrainian agriculture, and more than $1 billion to help Ukrainian refugees.

In a related context, US Air Force strategic transport aircraft continue to transport military aid to Ukraine as part of security assistance.

And the Pentagon released pictures of howitzer field guns being loaded onto planes at Marsh Air Force Base in California, in the western United States.

On Friday, the Pentagon announced the sending of weapons and radars to Kyiv, to determine the locations of Russian artillery in Ukraine.

In Britain, Foreign Minister Liz Truss said that her country will provide Moldova with modern weapons, to repel any military attack from Russia.

In an interview with the British newspaper "Telegraph", the minister added that she would like to see Moldova equipped with weapons according to NATO standards, noting that there are deliberations taking place in this regard between allies within NATO.

Truss said that Putin's failure to seize Kyiv does not mean that he has abandoned his ambitions to create a Greater Russia, as she put it.

On the other hand, Reuters news agency quoted Thai officials and international diplomats as saying that representatives of Canada, New Zealand, Japan and Australia joined their counterparts from the United States in withdrawing from the Asia-Pacific Economic Cooperation (APEC) meeting held in the Thai capital, Bangkok, during a speech by the Minister of Economy. Russian Maxim Reshetnikov.

A diplomat said that the withdrawal of the representatives of the six countries came to express "rejection of Russia's illegal aggressive war on Ukraine and its economic impact on the APEC region."

A Thai official added that the delegations of the withdrawing countries returned to the meeting hall after the Russian minister's speech.