Aminah Mohammad-Arif (1/2): “We are witnessing a trivialization of anti-Muslim violence in India”

With 195 million Muslims living on its soil, India is one of the countries with the highest number of Muslims in the world. Indian Muslims today constitute a minority… 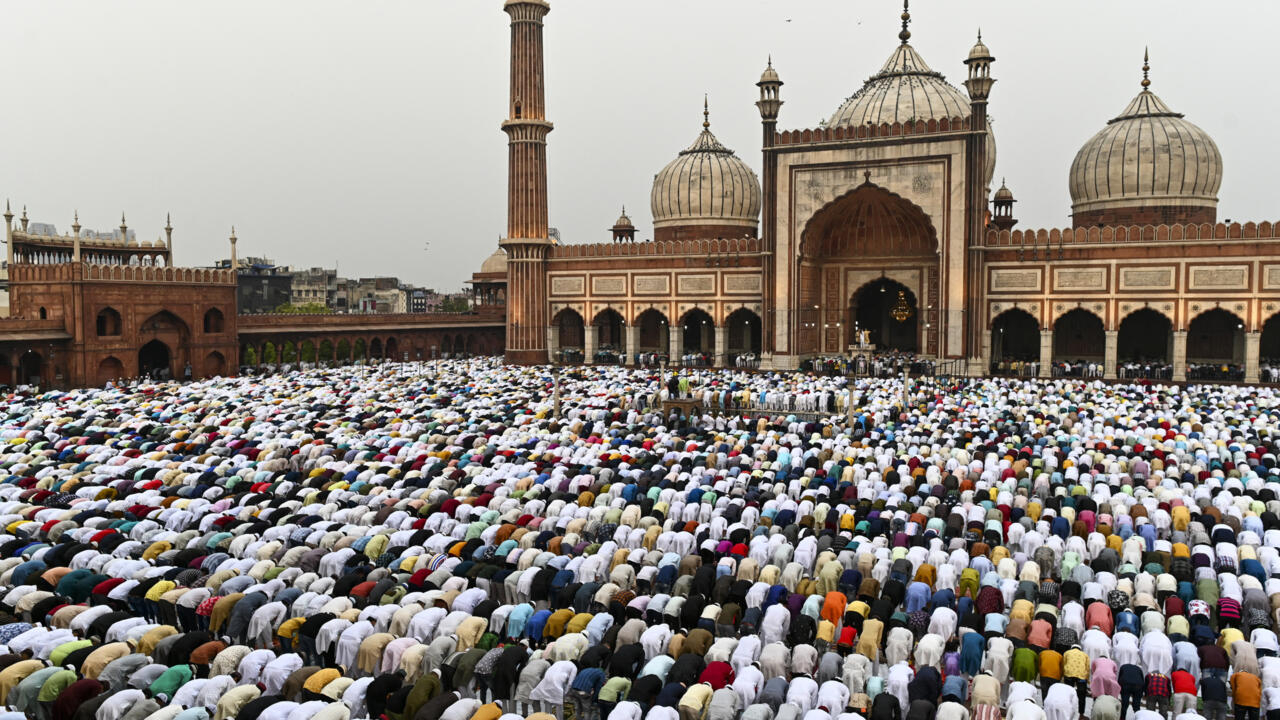 Aminah Mohammad-Arif (1/2): “We are witnessing a trivialization of anti-Muslim violence in India”

With 195 million Muslims living on its soil, India is one of the countries with the highest number of Muslims in the world.

Indian Muslims today constitute a beleaguered minority, especially since the coming to power in New Delhi of Hindu nationalists who want to reduce religious minorities to second-class citizens.

Interview with Aminah Mohammad-Arif, CNRS research director and specialist in Islam in the Indian subcontinent.

RFI: At the beginning of the year, while addressing the American Congress, Gregory Stanton, founder of the organization

, drew attention to the warning signs of a Muslim genocide in India.

Does the fear that India is on the eve of a genocidal-type killing seem credible to you?

: Given the rise in violence targeting minorities in India today, it is sadly difficult to ignore the fears voiced by Indian and international scholars and journalists.

That large-scale violence can take place is no longer a simple hypothesis for the Indian political scientist Pratap Bhanu Mehta, who wonders rather when it will be committed.

Violence against minorities, especially Muslims, has certainly been regularly perpetrated in India, but it has increased in intensity and frequency in recent months.

In the city of Hardwār, considered sacred by many Hindus, religious extremists launched calls last December for mass murders against Muslims.

Muslim women wearing burqas protest during a demonstration in Calcutta, India, on February 11, 2022, following the Indian government's order to female students not to wear hijabs in schools in the state of Karnataka.

How can one openly call for murder in a rule of law without being arrested?

In principle, in India, calls for murder aimed at a minority community are subject to criminal prosecution, but those who make such calls today are not always punished;

if they are arrested anyway, they are often quickly released, which encourages others to use the same rhetoric, or even to outdo it.

What is more, these remarks are made in a context where we see the multiplication of violence against Muslims: it can be physical (such as lynchings), moral (such as calls for the collective rape of Muslim women), or even symbolic ( like planting a saffron flag on the minaret of a mosque).

Several provocations against Muslim places of worship have also recently taken place on the occasion of religious holidays.

Calls for a boycott have been launched against Muslim businesses which are reflected in the facts, including in the chic districts of Indian cities, by the destruction, for example, of small stalls of itinerant fruit and vegetable vendors.

There was also very recently the demolition, with bulldozers, of businesses and homes in a district of the Indian capital with a high concentration of Muslims, under the pretext of illegal construction.

It is this uninterrupted series of facts that lead observers to fear explosions of large-scale violence in the months or years to come.

However, it is difficult to know what forms this violence will take.

Intercommunal tensions, especially between Hindus and Muslims, are hardly new in India...

Let's go back a bit.

Relations between Muslims and Hindus have been volatile since at least the colonial period.

The British also have their share of responsibility in the antagonism between these two groups.

The decolonization of South Asia took place against a backdrop of great violence.

India's independence in 1947 was accompanied by the partition of the country, with the creation of Pakistan by elites unwilling to live under the political domination of Hindus.

For various reasons, almost a third of the Muslims nevertheless remained in India.

They now represent 14% of the Indian population, or about 195 million people.

In independent India, relations between Muslims and Hindus were regularly marred by violence and inter-community riots.

Since 2014, with the coming to power in New Delhi of Hindu nationalists, we have indeed witnessed a sort of radicalization of enmity towards Muslims.

It is difficult to accurately measure the extent of the phenomenon and to know which categories of the population are really affected by these antagonistic feelings.

Are they mainly urban groups of high castes, in a situation of social downgrading or not?

Or does the phenomenon also extend to the lower castes in the remote countryside?

Similarly, when hearing influential public figures, such as Bollywood actors or cricketers,

publicly support policies hostile to minorities, it is not always easy to know whether it is support out of conviction or out of opportunism.

That said, verbal and physical violence against Muslims has become so commonplace today that it is reasonable to think that strong antagonistic emotions against minorities now animate non-negligible categories of the majority population.

Kashmiri Muslims demonstrate in Srinagar on August 14 at the funeral of a man killed by police.

What do you think are the causes of this radicalization of popular Hindu resentment against Muslim minorities?

Various hypotheses can be put forward.

First there is this idea, which goes back to the partition, that Muslims are not true patriots, but a fifth column of Pakistan, the “

Today, the accusation has become recurrent and has taken a new turn: it aims to set up Muslims as historic enemies of Hinduism.

Hindu nationalists defend the idea of ​​an Indian nation based on Hindu ethnic and religious supremacy, which is called "

», which leaves little room for religions born outside India such as Islam and Christianity.

They consider that the Mughal (XVIth-XVIIIth centuries) and European domination have strongly shaken the self-esteem of the Hindus, and it is now a question of reconquering it.

The school is used to convey this supremacist ideology through, for example, history textbooks which are rewritten, in certain States, by erasing the political, economic and cultural contributions of the Muslim sovereigns to retain only the most important aspects. darker.

And then there are the media, in particular the television channels won over to the theses of the Hindutva supporters.

They maintain antagonistic emotions towards Muslims on a daily basis.

Social networks also play a crucial role in the spread of Islamophobia.

Finally, negative stereotypes against Muslims are reinforced by the near-universal equation between Islam and terrorism.

India has also been the scene of jihadist attacks on several occasions and Hindu nationalists have skillfully exploited the argument to stigmatize all Muslims, even though jihadism in India is a phenomenon limited in time and in terms of influence with regard to the demographic weight of Muslims.

(Read the second part of the interview with Aminah Mohammed-Arif in the Sunday edition: "Muslims in India find themselves at the bottom of the social ladder")

With Jules Naudet, "Indian democracy put to the test by the Hindutva",

Politics and religions in South Asia: secularism in all its forms?