Turkey has prepared a list of requirements for Finland and Sweden, on the fulfillment of which its position regarding the entry of these states into NATO depends, the republic's media reported. The so-called Scandinavian dossier was prepared on the eve of the visit of the Finnish and Swedish delegations to Turkey to establish a dialogue and resolve contradictions. It is noted that the demands are mainly related to the support by the authorities of these European countries of Kurdish organizations, which Ankara considers terrorist. The Turkish establishment emphasizes that such a position of Helsinki and Stockholm threatens the national security of the republic. According to analysts, the rhetoric of the Turkish authorities may be due to domestic political reasons. However, according to experts, the settlement of the current situation will largely depend on the United States. 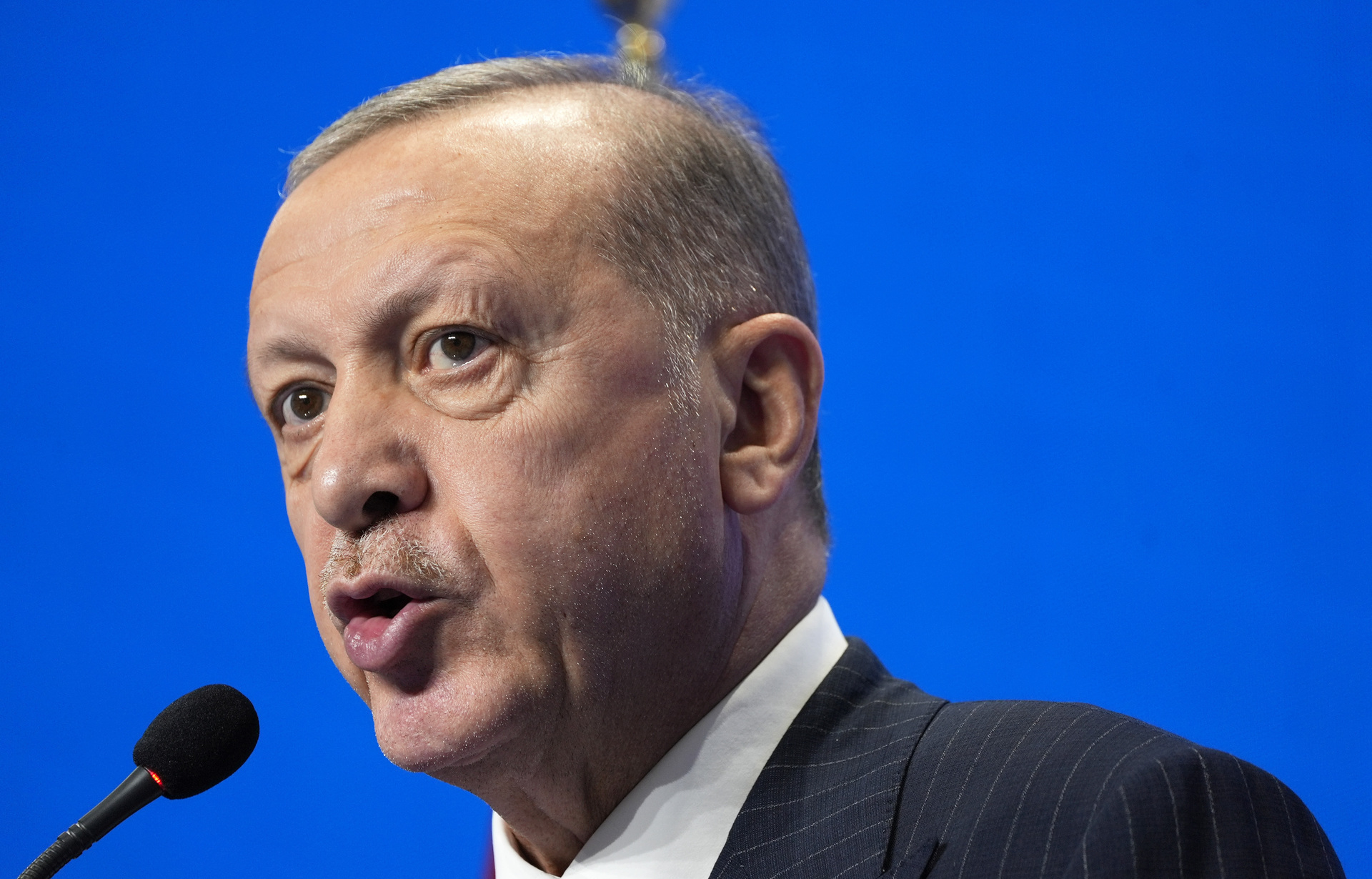 Turkey will present Finland and Sweden with a list of requirements, on the fulfillment of which Ankara's positive decision on the application of these states to join NATO depends.

This was reported by the Türkiye newspaper, citing diplomatic sources.

According to them, the so-called Scandinavian dossier will be handed over to the delegations from Stockholm and Helsinki, whose visit to Ankara is expected on May 23.

It is reported that Turkish Deputy Foreign Minister Sedat Onal will receive them.

The Turkish side insists on the extradition of members of the Kurdistan Workers' Party (PKK) and the FETO organization, which it considers terrorist.

Ankara is also demanding that Helsinki and Stockholm recognize as terrorist the National Self-Defense Forces (SNS) of the Syrian Kurds, who are considered affiliated with the PKK.

In addition, countries should stop supporting FETO representatives, which the Turkish authorities accuse of being involved in preparing a coup in the republic in 2016.

Countries are also ordered to close all organizations associated with structures that Ankara considers terrorist, and provide appropriate guarantees.

At the same time, Türkiye sources emphasize that the demands put forward are of fundamental importance for Ankara and she does not intend to make any concessions on them.

“They (Swedish and Finnish diplomats. -

) will be forced to take into account our demands.

They may have to visit Turkey several times, ”TASS quoted the newspaper’s interlocutor as saying.

Turkish President Recep Tayyip Erdogan at a press conference following a meeting with Algerian President Abdelmajid Tebboun on May 16 determined the vector of the upcoming talks a few days earlier.

) they are going to come to Turkey.

Come to convince us?

Sorry, but let them not bother,” Erdogan said.

In addition, at a meeting with representatives of Turkish youth in Ankara on May 19, he once again stressed that Turkey is determined about the possible accession of Finland and Sweden to NATO, which he considers home to terrorist organizations.

“We told our partners that we would say no to the membership of Sweden and Finland in NATO.

We will continue our journey in the same direction,” Erdogan said.

Meanwhile, a list of Turkey's alleged demands for new candidates for membership in the alliance has already appeared in the Turkish media.

So, on May 18, a similar list (but of ten items) was published by the Sabah newspaper close to government circles.

According to him, the Turkish authorities are also in favor of preventing members of the PKK from entering the parliaments of both countries, for blocking the bank accounts of organizations recognized by Ankara as terrorist, preventing them from collecting funds under the guise of non-governmental organizations (NGOs), suppressing disinformation from FETO supporters, establishing regular contacts in matters of countering terrorism and preventing actions directed against Turkey's national security.

Bloomberg also presented its own version of the list a day earlier.

At the same time, according to the source of the publication, it included requirements not only for Stockholm and Sweden.

So, Ankara allegedly insists on returning to the program for the supply of the latest F-35 fighters, from which it was excluded by the United States for acquiring S-400 systems from Russia.

In addition, the question of purchasing from the United States "dozens of F-16 military aircraft and upgrade kits for existing fighters" is being raised.

Washington, however, has not yet confirmed the accuracy of reports of demands on the White House.

In particular, a senior Pentagon official at a briefing on May 18 stated that he had not seen any lists, and therefore could not vouch for their authenticity.

At the same time, the American side acknowledges the fact of negotiations with Turkey.

So, in response to a request by journalists to clarify whether Turkey asked anything from the United States in exchange for Ankara's support for the applications of Finland and Sweden, State Department spokesman Ned Price said at a briefing on May 17 that the United States would not "voice the content of confidential conversations."

In addition, Secretary of State Anthony Blinken hosted Turkish counterpart Mevlut Cavusoglu in New York on May 18, who stressed at a press conference ahead of the talks that Ankara has "reasonable security concerns" in view of Stockholm and Helsinki's claims to NATO membership.

“In addition, there are restrictions on the export of defense products.

So we are already expressing our concerns,” Cavusoglu said.

He also clarified that the Turkish leadership fully understands the concerns of Finland and Sweden on membership issues, but they should also take into account the position of his country.

“We understand their security concerns, but Turkey's concerns in this area should also be taken into account.

And this is also one of the issues that we must continue to discuss with friends and allies, including the United States, ”the minister added.

Following the meeting with Blinken, Cavusoglu said that one of the topics of the talks was the resumption of deliveries of American F-16 fighters.

In turn, US President Joe Biden on the same day at a press conference expressed confidence that the issue of admitting the Scandinavian countries to NATO would be successfully resolved.

At the same time, there are already calls from American politicians to push Turkey to change its position.

In particular, the chairman of the Foreign Affairs Committee of the Senate of Congress, Robert Menendez, called on the White House to threaten Ankara with disrupting negotiations on the F-16.

“I hope that the administration takes this into account against the background of consideration (the possibility of selling. -

You should tell Erdogan that they need to act differently if they want something to be considered, ”The Washington Post quotes him as saying.

Experts interviewed by RT note that in the light of the entry of Finland and Sweden into NATO, the issue of Kurdish and opposition structures for the Turkish leadership is of great importance, especially since the countries of Northern Europe have been a safe haven for these organizations for a long time.

“Therefore, the Turkish authorities do not interfere with all sorts of leaks in the media in order to give their position more publicity and limit the room for maneuver in negotiations for the Scandinavians and NATO allies in general,” Dmitry Egorchenkov, director of the RUDN Institute for Strategic Studies and Forecasts, explained in an interview with RT .

From his point of view, Ankara's position puts Finland and Sweden in a rather difficult position, since they really support the Kurds, who even enter the parliament in Sweden.

“Therefore, following Turkey's lead and accepting all its demands will mean for Stockholm and Helsinki the actual surrender of their humanitarian position in relation to the Kurds and organizations that Turkey demands to be recognized as terrorist.

It will be very difficult, because the Scandinavian countries have always said that they, as the beacons of democracy, are fighting against authoritarian regimes.

And the leadership of the Republic of Turkey, from their point of view, fully corresponds to this characteristic, ”the analyst explained.

Orientalist Alexander Vavilov, professor at the Diplomatic Academy of the Russian Foreign Ministry, notes that Turkey, while firmly declaring its position on the membership of Sweden and Finland in NATO, is also trying to resolve domestic political issues.

“They want to demonstrate their integrity to an internal audience – how they fight terrorists in modern conditions.

Therefore, the process of negotiations with Sweden and Turkey may take more than one month, ”Vavilov admitted in an interview with RT.

From his point of view, the Finnish and Swedish authorities made life difficult for themselves by applying for membership in NATO, as they expected to quickly join the bloc, and now they are forced to negotiate with Turkey, which only delays this procedure.

“Meanwhile, Russia remains their neighbor, and the step taken by the Scandinavians, she has the right to regard as unfriendly, which can only exacerbate the current tension on the world stage,” Vavilov added.

Dmitry Yegorchenkov believes that the settlement of the current situation will largely depend on the United States.

“From the reaction of the United States, it will be clear how serious they are about the inclusion of Finland and Sweden in NATO.

By the level of pressure exerted on Ankara and the rhetoric of the speakers of the American establishment, it will be possible to determine whether Washington is ready for the practical expansion of the alliance.

However, the White House should not expect that such a major regional player as Turkey can be subjugated to its will through threats and new sanctions, ”the analyst concluded.