Today, I would like to introduce the news of US President Joe Biden's visit to Korea. President Biden arrived by private plane after 5 pm, and President Yoon Seok-yeol began normal diplomacy 10 days after his inauguration. 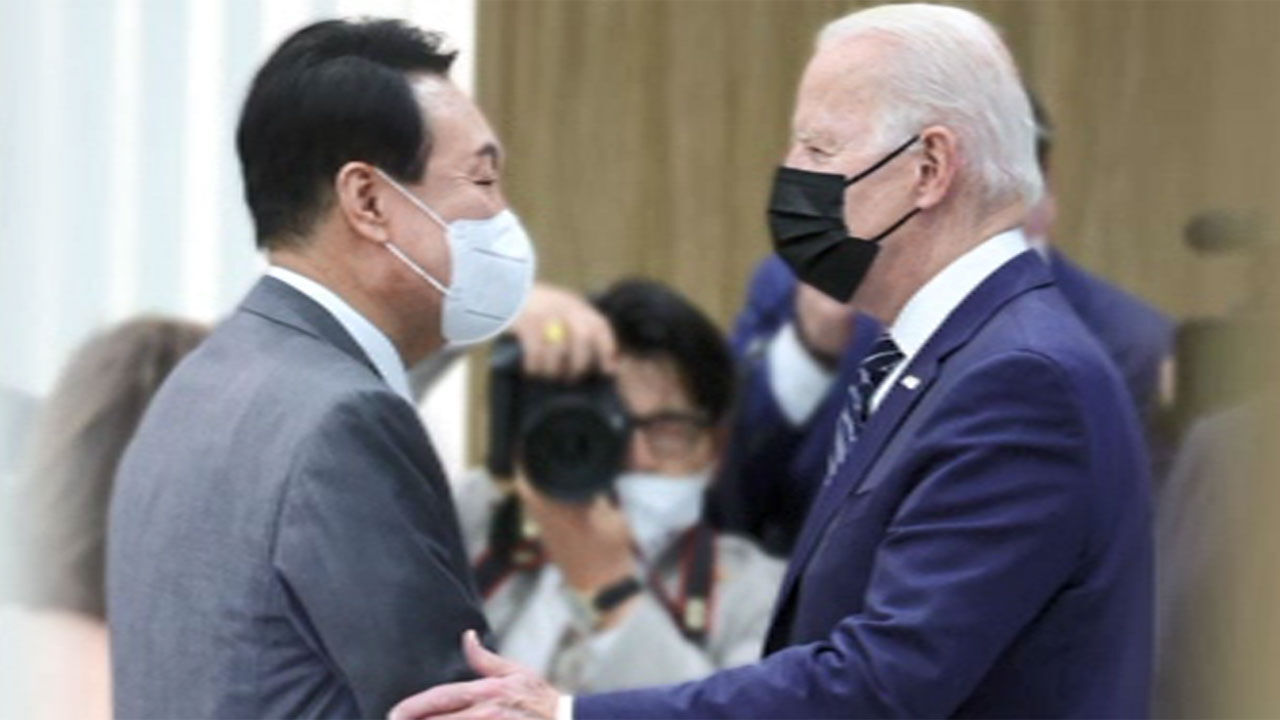 Today (20th), we will start with the news of US President Joe Biden's visit to Korea.

The two leaders met for the first time at Samsung Electronics' semiconductor factory, as predicted.

First of all, this is reporter Kim A-young.

Air Force One, the US presidential plane, is landing at Osan Air Base in Gyeonggi-do.

President Biden exchanged greetings with USFK officials who came to greet them, encouraging them to work hard.

President Biden, aboard the BEAST, a bulletproof security vehicle airlifted from the United States, chose to start his official visit for three days and two nights by visiting Samsung's semiconductor plant in Pyeongtaek, the world's largest semiconductor plant.

President Yoon Seok-yeol, who arrived at the factory first and was waiting, shook hands with President Biden for about 20 seconds.

As President Yoon, it was only ten days after taking office, and he met the US president in the shortest time among all presidents.

President Biden, who visited Korea for the first time since his inauguration, stopped by a semiconductor factory is evaluated to be an act with global supply chain cooperation and economic security cooperation in mind.

The two heads of state toured the factories and listened to the explanation of the semiconductor process from the staff in charge.

The leaders of the Republic of Korea and the United States met for the first time and took the first step toward summit diplomacy in a place that symbolizes the global semiconductor supply chain.

▶ Joint speech between the US and South Korea leaders…

"Stabilization of high-tech supply chains such as semiconductors"