Loud flight exercise over Kalmar: "Will be heard by everyone"

Many Kalmar residents have in recent days noticed an increasing volume of sound from the sky. The sounds come from several of the air force's JAS 39 Gripen planes, which during a several days long air defense exercise thunder past across the sky in the Kalmar area. 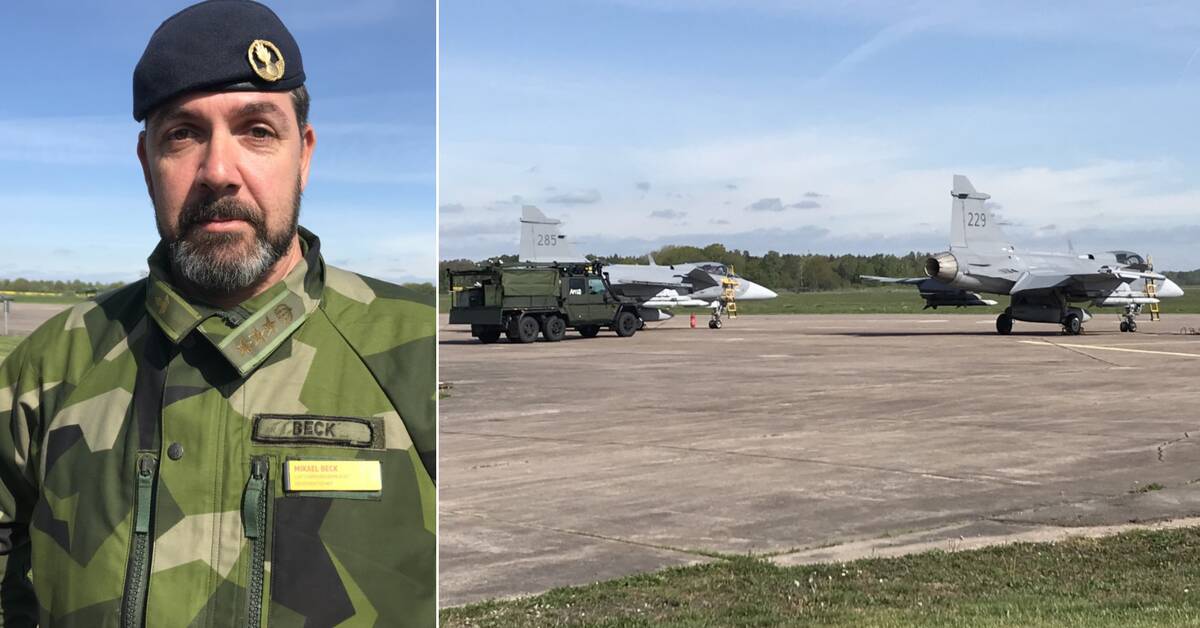 The air force and air defense are currently conducting a ten-day air defense exercise over central and southern Sweden.

One of the air bases used is the airport in Kalmar, where several JAS 39 Gripen aircraft are stationed.

This has meant an ever higher volume of sound in the area, but the exercise can also be felt down on the ground.

- It is our planes that fly and it flies around the clock, then they are not always at the highest altitude either so the sound from the planes will be heard by everyone who lives in the area, says Mikael Beck, head of the Air Defense Regiment.

How is the public affected by this exercise?

- The most obvious is airplanes that fly with a greater intensity than what is normally the way down here.

But even we who come from the air defense move on the ground and there the traffic may be affected.

The exercise, which has been going on since Monday, will simulate a so-called high-conflict scenario where Sweden is exposed to an armed attack by a qualified opponent.

The purpose of the exercise is to practice its ability to handle a large-scale conflict over a large geographical area.

The air defense exercise is carried out every year and it is considered extra important right now in view of the increasingly tense security policy situation in Europe.

- Exercises like this are something we do on an ongoing basis, as a result of political decisions to increase national defense capability.

With what has happened recently, it becomes very clear how important it is, says Mikael Beck, head of the Air Defense Regiment.