In response to NATO expansion, Russia is strengthening its forces in the west, and Erdogan is discussing with Finland the request for membership in the alliance

Russia announced that it will establish 12 new military units in the west of the country, in response to NATO's strengthening of its forces and its expected expansion to the east, while the Turkish president said that he will discuss tomorrow with Finland its request for NATO membership in light of Ankara's refusal. 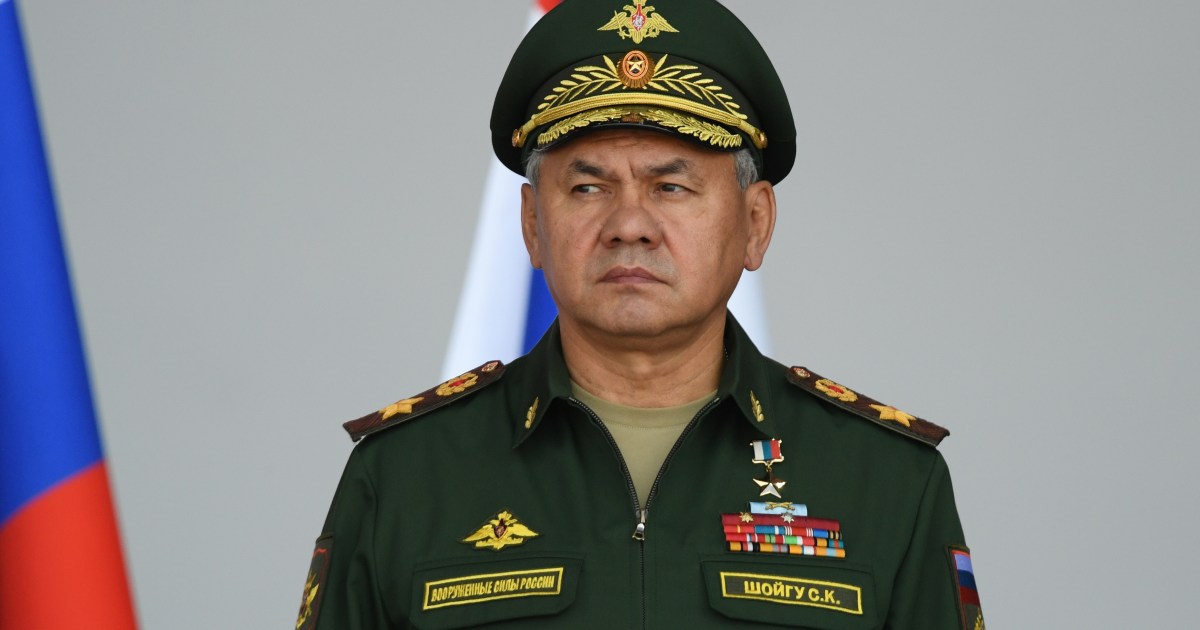 Russia announced - today, Friday - that it will establish 12 new military units and sub-formations in the west of the country in response to the strengthening of the North Atlantic Treaty Organization (NATO) and its expected expansion in Finland and Sweden, while Turkish President Recep Tayyip Erdogan said that he will discuss tomorrow, Saturday, with officials in Finland is the subject of NATO membership application, in light of Ankara's refusal to join Finland and Sweden in the alliance.

"By the end of this year, we will create 12 military units and deploy units in the military district in the west," Russian Defense Minister Sergei Shoigu told officials of his ministry and the army, noting "the increasing military threats on the Russian border."

Finland and Sweden had formally applied for membership in NATO, and Finland shares a long border with Russia about a thousand kilometers, and this step came after the Russian war in Ukraine caused a major shift in the military neutrality policies pursued by Sweden and Finland for decades.

The Russian official added that the military threats on the western borders of his country are increasing due to the actions of Washington and NATO.

The Russian Defense Minister reviewed what he called the operational reasons for the growing military tension with NATO in the western region of his country, and said that over the past eight years, American strategic bombers' flights to Europe have increased from 3 to 45 times a year.

According to Minister Shoigu, the visits of US ships carrying guided missiles to the Baltic Sea have become regular, and 24 such movements have been observed since 2016.

Minister Shoigu added that the United States and NATO have increased the pace of combat exercises near the borders of Russia, the last of which were exercises in which about 40,000 soldiers from 30 countries are participating. As well as deploying a group of forces in 3 strategic directions: the North Pole, the West and the Southwest.

In a related context, the Finnish energy company "Gazum" said that Russia will cut off natural gas imports to Finland, starting from tomorrow, Saturday.

The Russian gas company "Gazprom" stated that it had informed its Finnish counterpart that it would stop gas flows to it due to the Finnish company's failure to pay the value of Russian exports in Russian rubles.

On the other hand, the Turkish President said today that he will discuss tomorrow, Saturday, with Finnish officials, the issue of the request for membership in NATO, which was submitted by Finland and Sweden, and which Ankara opposes because the two European countries host groups that Turkey classifies as terrorist groups.

President Erdoğan added that he spoke today, Friday, with Dutch Prime Minister Mark Rutte on the issue of Finland and Sweden's membership application, and will speak on the same matter with officials in Britain tomorrow, Saturday.

The Turkish president stated that there are many European countries that give guarantees to terrorists, such as Germany, the Netherlands, France, Sweden and Finland. Erdogan added that Finland and Sweden's support for terrorist organizations must be stopped, and called on NATO not to accept the accession of what he called countries that support terrorism.

In response to the Turkish accusations, Swedish Foreign Minister Anne Linde said that her country was one of the first countries to include the Kurdistan Workers' Party (PKK) in the list of terrorist organizations, and that its position had not changed, and the minister added - in a tweet she posted on her Twitter account - that Olof Palme's government was the first country After Turkey, it classified the PKK as a terrorist organization in 1984, noting that the European Union adopted this approach in 2002.

The requests of Finland and Sweden were warmly received by NATO member states, with the exception of Turkey, which expressed its objection, and the ambassadors meeting in Brussels were unable to reach a consensus to officially start accession negotiations.

NATO Secretary-General Jens Stoltenberg had pledged that the accession procedures would be "quick and smooth", but Turkey's position requires responding to its security concerns before moving forward with negotiations.