A year ago, Fredrik Lundgren's best friend and mother of his children learned that she was suffering from the incurable disease ALS. Now Fredrik will cycle through the whole country to get to the highest peak and raise money for research into the unusual disease. 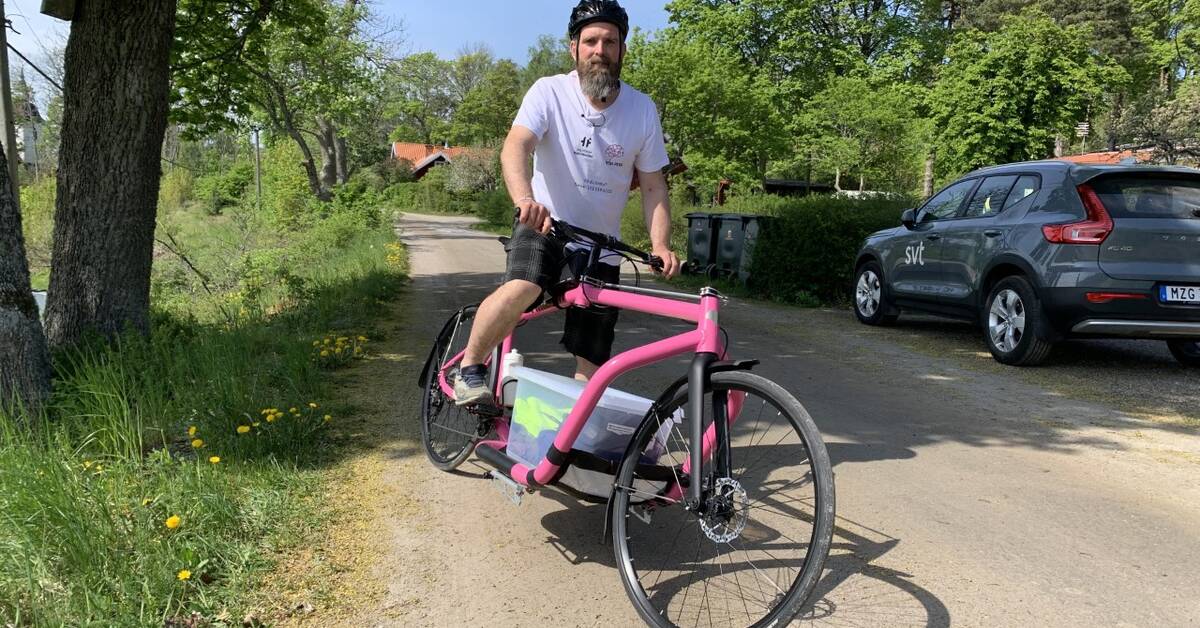 The idea of ​​cycling throughout the country was born last year.

Then Fredrik Lundgren suffered from a fatigue depression and wanted to draw attention to people who suffer in silence.

The idea was transformed into a 263 km long bicycle trip from Smygehuk to Riksgränsen and all money raised went to research against mental illness.

Something that Fredrik wanted to continue to pay attention to.

- In the middle of that process, ex-wife Susanne, my best friend and mother of our children was diagnosed with ALS.

Then everything was turned upside down and we decided to raise money for research against ALS instead, says Fredrik Lundgren.

"People I have never met invited me"

Fredrik wanted to continue with the symbolism of getting from the bottom up.

He bought a map of Sweden for his father who had to develop the route between Kristianstad where Sweden's lowest point is and Sweden's highest peak on Kebnekaise.

When the route was finished, Fredrik posted it on social media and received a huge response.

- People I have never met or known since before contacted me and invited me to their homes so I have somewhere to stay during the whole trip.

So regardless of whether it snows, rains or I get a puncture, I have to go to these cities, says Fredrik Lundgren.

Want to raise a million kroner

When Fredrik cycled last year, he collected just over SEK 100,000.

This year, the goal is to raise one million kronor.

Earmarked money that is donated to the Brain Fund and will be used for research against ALS.

- The optimal cadence is 60 revolutions per minute and then we calculated that I will take a total of 960,000 pedals.

That is almost a million, says Fredrik Lundgren.