Famine spreads in East Africa and threatens millions of people

This is the chilling conclusion of a study published this week by the organizations Oxfam and Save The Children, supported by the Jameel Observatory: in East Africa, a person is susceptible… 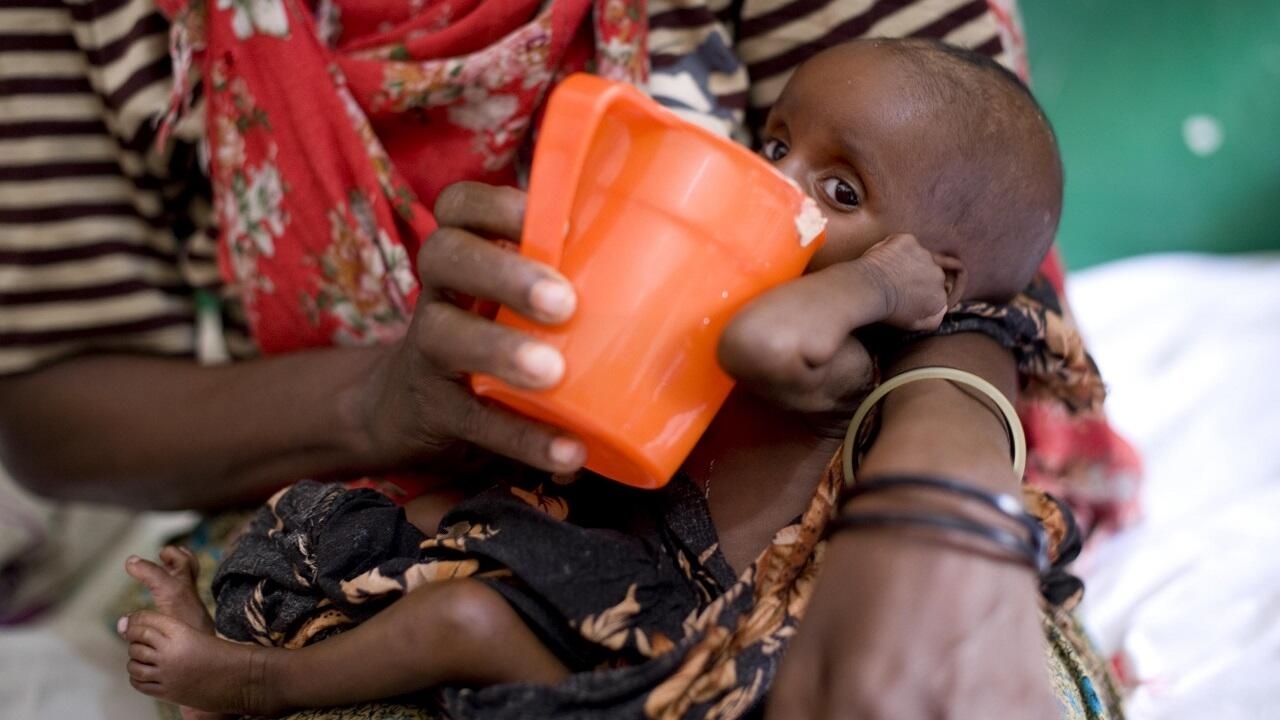 Famine spreads in East Africa and threatens millions of people

Four-month-old Aisha, severely malnourished in Somalia during the Great Famine of 2011. Rachel Palmer

This is the chilling conclusion of a study published this week by the organizations Oxfam and Save The Children, supported by the Jameel Observatory: in East Africa, a person is likely to die of hunger every 48 seconds.

The reforms of the international alert and assistance system have been insufficient and belated, believe the two NGOs.

The study by Oxfam and Save The Children estimates that, this year, 23 million human beings are living in a situation of "extreme hunger" in Somalia, Ethiopia and Kenya.

The general environment in East Africa is very degraded.

An unprecedented drought in 40 years, due to climate change, has exhausted economic reserves, reduced the size of livestock and affected the health of the inhabitants, note the organizations.

All our cows are dead.

that killed more than 200,000 people in Somalia, half of whom were children under five, should have alerted governments, say Oxfam and Save The Children.

Faced with major crises, rich countries have concentrated their efforts on themselves.

And local countries, heavily indebted and bureaucratic, have not made investments to help people cope.

The two NGOs call on the G7 and Western countries to keep their promise of 4.4 billion dollars in urgent aid and to cancel the debts of the countries concerned.

It will always cost less, they conclude, to prevent famines than to suffer their consequences.

Famine is a political failure

", decide Oxfam and Save The Children.

► To read also: 1.79 billion euros to fight famine in West Africa and the Sahel

A new report by Oxfam and Save the Children sheds light on the lack of anticipation of food crises in the Horn of Africa but also in other regions of the world.

In Ethiopia, Kenya and Somalia, 1 person dies of hunger every 48 seconds.