Brazil: in Rio, giant vegetable gardens to produce organic in the city

Not far from a police car, young Brazilians armed with pistols watch an alley in Manguinhos, a favela in the north of Rio de Janeiro where gangs of drug traffickers are rampant. 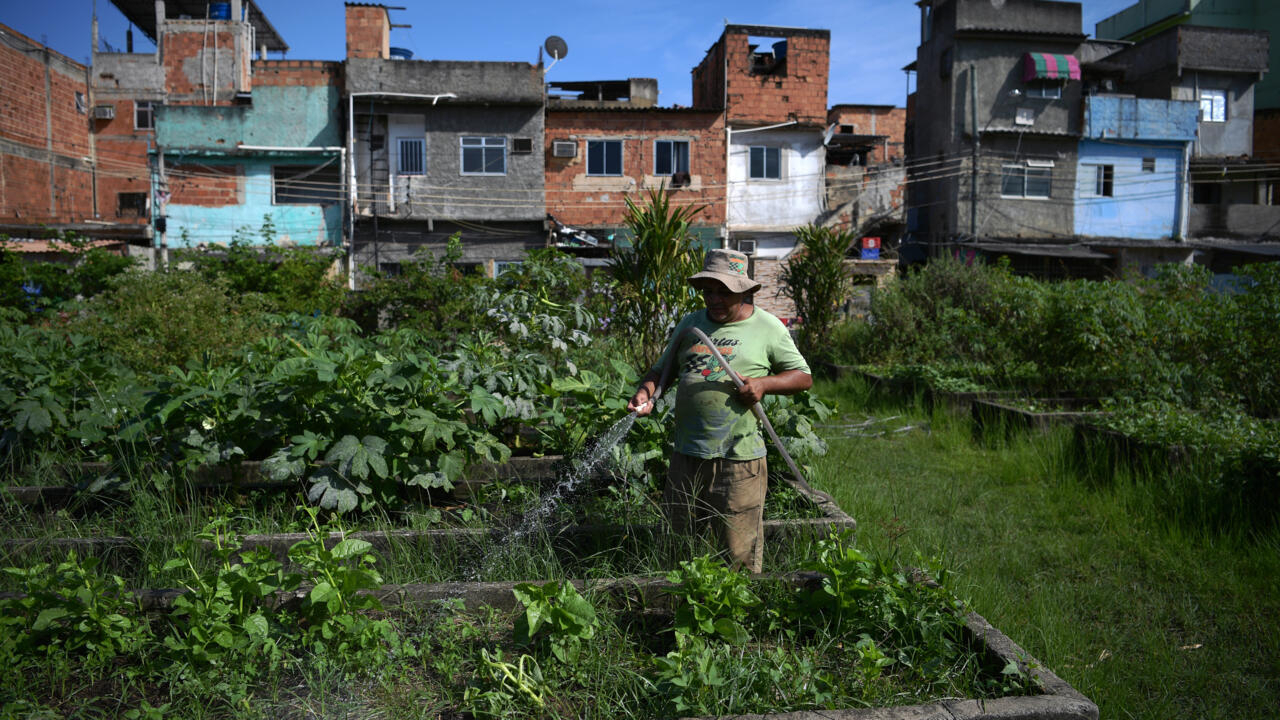 At first glance, this is not the ideal setting for planting salads.

However, it is this street that leads to an organic vegetable garden the size of four football fields, "the largest in Latin America" ​​in an urban area, according to its managers.

A boon for some 800 poor families who benefit from cheap vegetables in a country where inflation is driving food prices to skyrocketing levels.

And above all, no need for chemical fertilizers or other pesticides, the supply of which could be compromised by the war in Ukraine, Russia being Brazil's leading supplier.

The first seed was planted in 2013, on a wasteland previously called "Crackolandia", where many drug addicts wandered.

Carrots, cabbage, cassava and onions grow there serenely and the project is appreciated by all, in this district where drug traffickers often impose their law by violence.

Some 2.5 tons of vegetables are produced every month: half is resold at the low price of two reais per kilo (about 40 euro cents) on average, and the other half is given to orphanages or municipal retirement homes. .

"Why should the poor be condemned to eat poisoned food? My goal is to ensure that organic food is not reserved for the elites", told AFP one of the managers of the vegetable garden, Julio César Barros.

Aerial view of a giant vegetable garden in the Manguinhos favela, in Rio de Janeiro, on May 4, 2022 in Brazil Carlos Fabal AFP

In Rio, most organic products are bought at exorbitant prices by families in chic neighborhoods like Ipanema or Copacabana.

This program has been recognized as one of the best in the world by the signatories of the Milan Urban Food Policy Pact, ratified in 2015 by mayors of cities around the world, with the support of the United Nations food and agriculture (FAO).

Harvest of organic vegetables grown in a giant vegetable garden in the Manguinhos favela, in Rio de Janeiro, on May 6, 2022 in Brazil Andre Borges AFP

"This vegetable garden has changed everything for me: my way of living, my way of eating," says Dione Enedina Da Silva, a 73-year-old great-grandmother who wears a cap to protect herself from the sun while she pulls weeds.

She is one of 25 people employed by the Manguinhos vegetable garden, who share half of the sales proceeds.

Previously, she worked as a cleaner in hospitals.

But most of the other employees were involved "in drug cases", explains Mr Barros.

Dione Enedina Da Silva in the vegetable garden of the Manguinhos favela, in Rio de Janeiro, on May 4, 2022 in Brazil CARL DE SOUZA AFP

"Working here is like therapy. I come every day, even when it rains," says one employee, a 40-year-old who prefers to remain anonymous and discreet about his activities. past.

"Now my 11-year-old daughter eats everything," he says proudly.

For Mr. Barros, this is due among other things to "deplorable food education" in the largest country in Latin America.

Julio César Barros, one of the managers of the vegetable garden in the Manguihos favelo, on May 4, 2022 in Rio de Janeiro, Brazil CARL DE SOUZA AFP

"When a child comes home with a vegetable he planted at school, he manages to convince his parents to eat better," continues the manager.

"It's important to eat healthy food, but it's not always sold at affordable prices" in traditional circuits, adds Alesandra Almeira, 39, a resident of Manguinhos, who supplies herself every week from the vegetable garden.

Julio César Barros reveals that the quality of the products is such that he faces a "dilemma" when gourmet restaurants want to supply themselves in the urban vegetable gardens of the program.

Organic vegetables from the garden in the Manguinhos favela are sold at a low price on May 6, 2022 in Rio de Janeiro, Brazil Andre Borges AFP

"Hortas Cariocas" is in full expansion: the town hall has announced the creation of a new urban vegetable garden which would be "the largest in the world", with 11 hectares near Madureira Park, a popular district in the north of the city.