Battle of Donbass: "Russia could be caught at its own game north of Izium"

In the Donbass, the conquest of the Lugansk region seems to have become clearer in recent hours. For several days, the Ukrainian defense has been in difficulty in the face of a large Russian offensive… 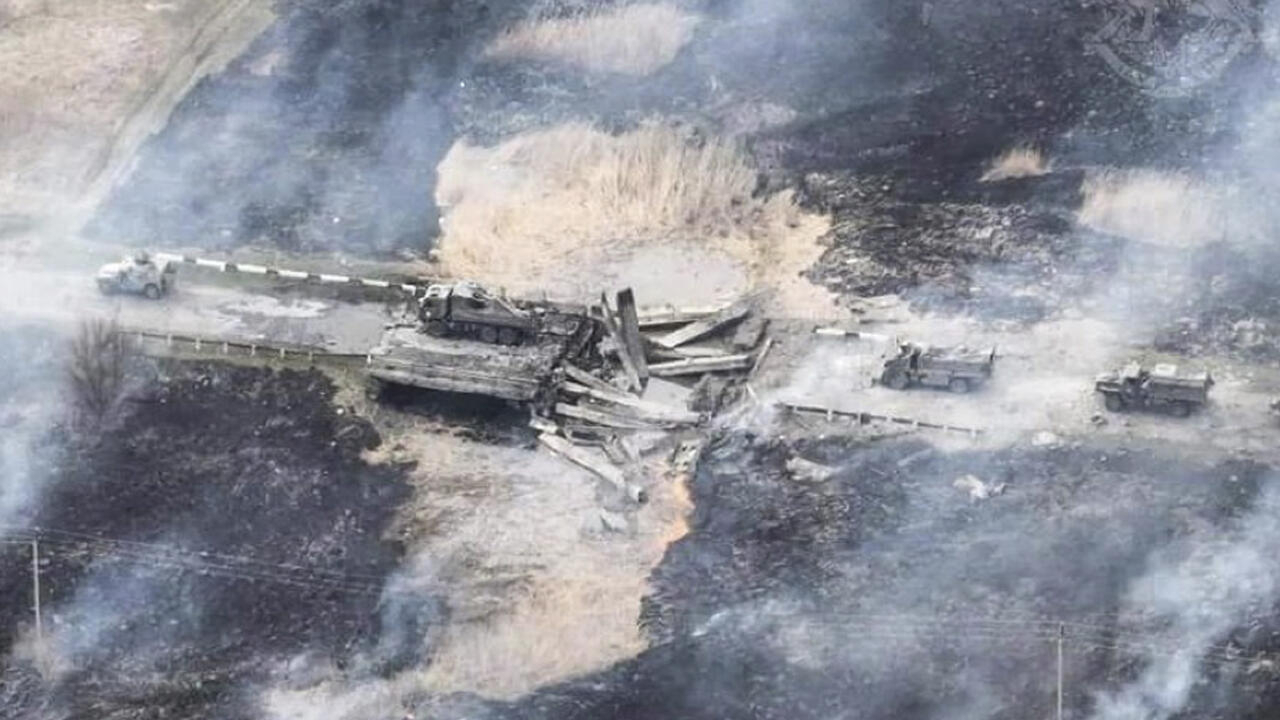 Battle of Donbass: "Russia could be caught at its own game north of Izium"

A column of Russian military vehicles shelled by Ukrainian artillery in the Izium region on April 14, 2022. AP

In the Donbass, the conquest of the Lugansk region seems to have become clearer in recent hours.

The Ukrainian defense has been struggling for several days in the face of a high-intensity Russian offensive.

Interview with Julien Théron, teacher in conflict and international security at Sciences Po.

RFI: In the Donbass, if the city of Sievierodonetsk falls, would that be the start of a victory for Russia?

Not really, because even if indeed, it would be a notorious advance because this city has been the subject of a Russian push for a long time, it is also the point of Ukrainian resistance against the Russian advance.

But fundamentally, it is not the fall of this locality that will completely change the situation in eastern Ukraine.

Why are the twin cities of Sievierodonetsk and Lyssychansk, in the heart of Donbass, so important

She tries to close it up with multiple triangles somehow.

First, she tried to close a big triangle between Kharkiv and Zaporizhia.

She tries to encircle the areas where the Ukrainians are, whom she submits, which is a fairly classic technique that comes from Soviet times.

And indeed this advance is frontal combat on the front line at the tip of the triangle.

It is therefore an important dimension, but it does not mean that Ukraine is losing the war, even if the battle is difficult.

What are the weak points of the Ukrainians in this region?

The first weak point is what is considered to be the military mass.

In reality, even if the Ukrainians use techniques, tactics which make it possible to circumvent the asymmetry, there is indeed an asymmetry in numbers, between the Ukrainians and the Russian soldiers, in particular in terms of battalions which are engaged in the Donbass.

The Russians regularly strike from the back, so there are also logistical questions for the Ukrainians.

There is also the question of armaments, the Westerners give a lot of them, heavy armaments as well.

But still it is necessary to convey them and to be able to train the Ukrainians rather quickly with the handling of certain systems of weapons.

So all of these are pretty big issues.

►Also read: The Donbass again at stake and heart of the clashes between kyiv and Moscow

However, it can be noted that many territorial defense battalions, civilians trained by the army who are beginning to be quite seasoned now, are engaged on the front.

This was particularly the case in Kharkiv and this is also the case in the east, which means that the entire population is plunged into the heart of the fighting and it is still a guarantee of success.

There is certainly the current advance, but that does not predict the outcome of the fighting in general.

And what are those of the Russians?

They are still almost as numerous as at the beginning.

It was thought at one time that the appointment of General Dvornikov would have fundamentally changed the situation by unifying the front, improving the systems of what is called "Command and control", that is to say control and command troops, or even developing a number of more technological systems.

And in reality, we realize that it doesn't work very well, that the troops still lack motivation, that they are still under fire, moreover particularly in this region.

Several dozen Russian tanks have been hit by artillery, so they are also subject to the technological level of Western weapon systems.

We can therefore see that many elements of the Russian army's weaknesses that we observed at the start of the conflict are still present today.

The Russian Defense Minister said that separatist forces and forces from Moscow have taken control of almost all of Lugansk, one of the two regions of Donbass.

If Sievierodonetsk falls, will this claim be true?

Lugansk was the region where the Russians had the most difficulty advancing compared to Donetsk, and that is what they are absolutely trying to do by descending on Kramatorsk.

In reality, they haven't quite got the zone yet.

But this could effectively allow Moscow to explain to the Russian people that they have “secured” the Donbass and that, therefore, they can stop the conflict.

As they are in retreat, this would put a stop to the difficulties the Russians would have in going much further than Sievierodonetsk.

Between Kramatorsk and the twin cities, there are a lot of ghost towns.

If Sievierodonetsk falls, can the rest fall very quickly?

There may be redeployments.

It's a question of progress.

And even in open country, it is not certain that progress will be that easy, with regard to artillery bombardments and the use of drones, for example.

So it's not necessarily a boulevard that would be opened to take the whole of eastern Ukraine.

Where is the Russian advance a little further north, in the Kharkiv region?

Are there any obstacles for the Russians?

The advance of the Ukrainian troops in the north, towards Kharkiv, endangers the push of Russia towards the south, since the Ukrainians are in a position to be able to take them from the rear of Izium.

You have to be careful, indeed kyiv is, in saying that you shouldn't expect too much from the Ukrainian troops who are already extremely mobilized.

But effectively, they are in a position to threaten the descent towards the south of Izioum by taking the reverse, that is to say the same technique of encirclement as the Russians.

Which is not very surprising since senior Ukrainian officers learned exactly the same techniques in the days of the Red Army.

We can therefore see that Russia could be caught at its own game north of Izium.