Aron Lund: Turkey has nothing to lose by denying Sweden NATO membership

Turkey's turmoil over Sweden's and Finland's NATO application arouses the anger of other NATO countries. But the question is how much the already unpopular country really has to lose in the high stakes game. -Turkey is a very important country, and well aware of its importance to NATO, says Aron Lund at FOI. 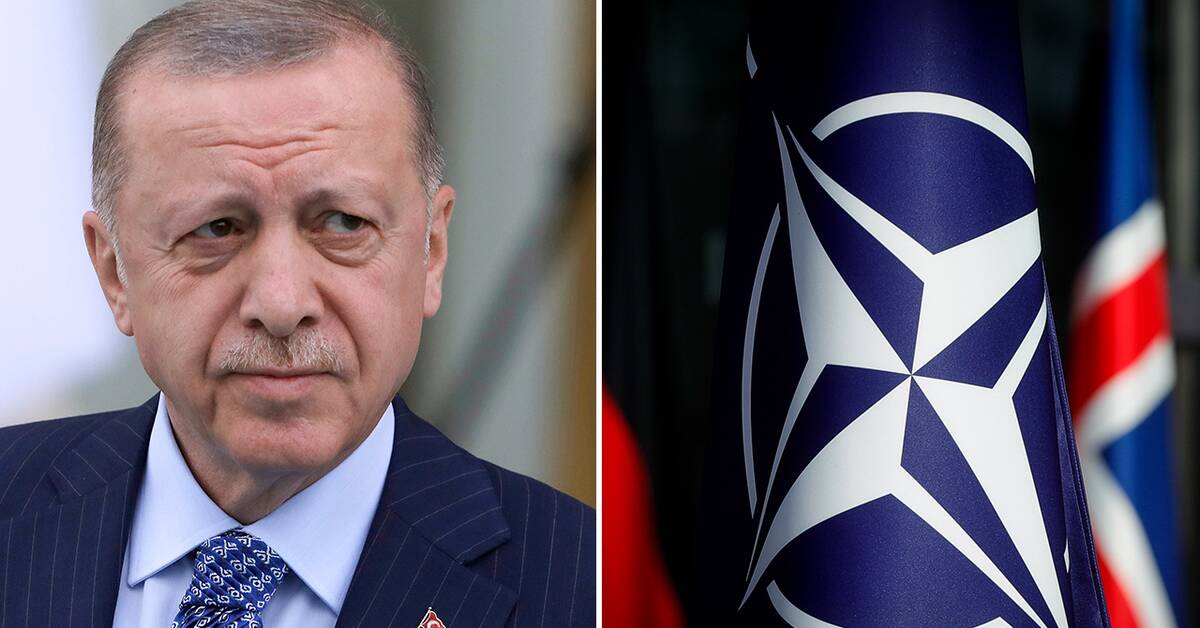 Under President Recep Tayyip Erdogan's rule, Turkey is a constant headache for several NATO countries, and relations within the defense alliance are already infected.

Despite strong advice from the United States, Turkey has bought air defenses from Russia.

Relations with France have also deteriorated significantly during Erdogan's time in power, partly due to France's involvement in the war against IS in Syria, where Kurdish forces have been supported, and partly due to the country's policy against Islamism, which has provoked Turkish anger.

And the old conflict between Greece and Turkey over control of the Aegean Sea has flared up again in recent years.

- Turkey is annoyed with the USA, Europe and the western world in general, says Aron Lund, Middle East analyst at the Swedish Defense Research Agency (FOI).

At the same time, Turkey, which has the second largest military power in NATO and an important geostrategic position on the Black Sea, is one of the alliance's most important member states.

Of course, the countries that want to see Sweden and Finland as members of NATO can issue sanctions and various diplomatic pressure.

But according to Aron Lund, it does not have to mean much to Turkey, which has a different view of how to build influence than, for example, Sweden has.

- You stand in the way of a lot of decisions, and only move if you get something in return, says Lund.

The demand made by Turkish diplomats and Erdogan for Sweden's and Finland's membership in NATO to be approved is, among other things, the extradition of several people in Sweden whom Turkey classifies as a security threat.

This would be difficult to implement, even if the will existed, given the design of the Swedish judiciary.

- The question is whether Turkey knows about it, says Aron Lund.

Another issue that may be relevant in any negotiations is arms sales.

When Turkey bought air defenses from Russia, the United States stopped exporting arms to the country.

But the issue of selling arms to Turkey is not in the hands of US President Joe Biden, but in Congress, says Jenny White, professor at the Institute for Turkey Studies at Stockholm University.

- And this will only irritate the Congress, which sees Turkey's actions as blackmail, she says.

Biden did not mention Turkey: "Show how sensitive the negotiations are" Photo: Mikael