The protagonists of Stranger Things unleash madness in Madrid: "God, being here is a wonderful experience"

This Wednesday, a strong heat wave hit Madrid. However, despite the 35 degrees, more than 500 people crowded in front of the Callao Cinemas to meet two... 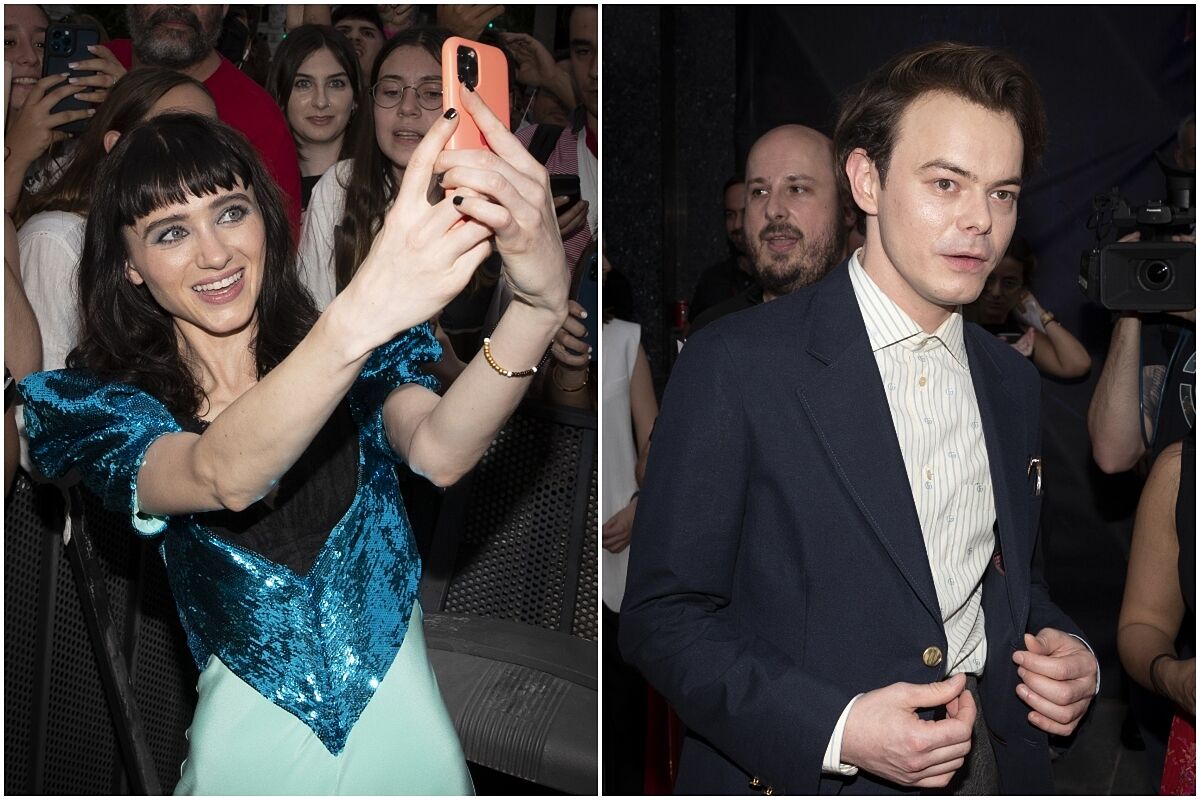 crowded in front of Callao Cinemas to meet

Natalia Dyer (27) and Charlie Heaton (28), who play Jonathan Byers and Nancy Wheeler in

The actors -who are a couple on and off the screen- arrived around 8:30 p.m. to a huge red carpet, where they agreed to

talk with a large part of the journalists

and even with the fans.

Both Natalia and Charlie approached the crowd, were photographed with their supporters and signed dozens of autographs.

Even so, both confessed to LOC feeling

with the reception of the people.

was released , I came to Spain to shoot a movie and, while I was here, the series made its debut, but I

had no idea that people were watching

"I visited Barcelona some time ago and it was a bit crazy, because these kinds of receptions are unexpected.

kind and... God, being here is a wonderful experience," said Dyer, who also had time to comment on their reactions to "the beginning of the end of the series", which - as its creators have already confirmed - will

end in the fifth season.

"We are satisfied with our work. But, in reality,

we do not know how this is going to end.

It is difficult to say now. But we firmly believe in the directors, in the Duffer brothers, and we are sure that

they will do well,"

to then give way to her boyfriend: "I can only tell you that what you will see on Friday is a kind of preparation for the end. They are episodes that will

the audience in a good way."

Moreover, the artists reveal that they themselves have been

surprised by what happens

in the plot and that even history has made them believe that the supernatural exists.

"I don't know for sure, but

today I do think there may be another dimension,

Although, truth be told, the attendees expected Charlie to make a different kind of move...

But they only agreed to look at each other romantically and hug for a nanosecond.

none of them accept personal questions

and they only talk about certain topics.

For example, Heaton often repeats that he is very interested in fashion and Dyer has been asking for weeks to be invited to Celebrity Bake Off.

However, they never go off the script and only once have they commented that

their attraction was unleashed in the first auditions

and that, for months, they did not know what the "nature" of their relationship was.

As a result, many followers - until Wednesday - did not know if Natalia and Charlie were still in love or if they simply agreed to work together in a cordial way.

However, Dyer confirmed 13 days ago that Heaton

"is still her partner"

and that, despite people's perception, everything they do is "very human."