Pedro Campos and his wife, the refuge of King Juan Carlos in his worst moments (and on his return to Spain)

Since Don Juan Carlos abdicated, the true friends that have remained can be counted on the fingers of one hand and there may be fingers left over. One of them is the sailor Pedro Campos... 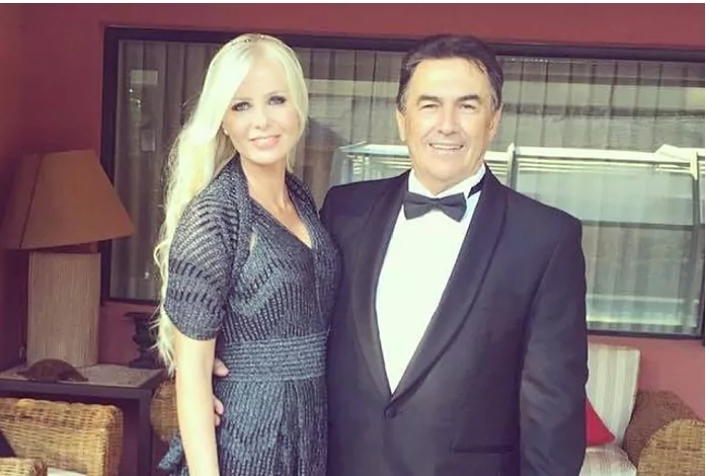 Since Don Juan Carlos abdicated, the

that have remained can be counted on the fingers of one hand and there may be fingers left over.

One of them is the sailor

(72), president of the Sanxenxo yacht club, whose impressive

and 11 King's Cups for sailing.

Although more than for his deeds, he is now known as the host of Don Juan Carlos, since the Emeritus has turned Campos' chalet on the outskirts of Sanxenxo into his

The sailor, from a well-known family from Pontevedra, is the son of Marcial Campos Fariña, an Endesa engineer who

, one of the most renowned spas in Galicia and which is now managed by his children.

love of the sea

was born when, at the age of 3, his father took him sailing along the Arousa estuary in the boat he rented in the summers and after

finishing his studies as a naval engineer

, he decided to dedicate himself professionally to

achieving his first title in 1976 World Cup in Monaco.

, which would end up merged with the giant North Sails, the largest sail company in the world, in which Campos has a stake and has come to chair.

He combines it with the

and several companies related to sailing, such as TWR, dedicated to the sale and purchase of boats and sponsorship of regattas.

He married the Basque Begoña Gil de Barroeta at the age of 43,

a union from which his two daughters were born (Begoña and Paloma, today in their twenties) and which ended in

What was a hard blow for Campos, which he managed to recover when he met his second wife, Cristina Franze, a

blonde Brazilian with light eyes and

Pedro Campos and his wife, the Brazilian Cristina Franze.IG

and the celebration was not lacking their best friends, including King Juan Carlos.

A friendship he has with the former monarch who was born

through the Catalan pharmaceutical businessman

, another close friend of the monarch, owner of the

, but curiously narrowed after the Emeritus left the throne in June 2014.

His relatives were worried, because

Don Juan Carlos was emotionally about to hit rock bottom

he added great loneliness, since Corinna's

hole with his family

his health was very deteriorated

as a result of the eight operations that he underwent from 2010 to 2014, especially those of the hip, which left him on the verge of a wheelchair.

how much he missed sailing

, one of his passions that he had to abandon in 2010 after his lung surgery, made Campos find a solution.

He came from the hand of the old vintage sailboats, which allowed their crew members to navigate sitting in a cabin on deck.

2015, a year after his abdication, was memorable for Don Juan Carlos, as he

in the regatta baptized as

and managed to win the victory aboard the

It is a 6-meter sailboat built in 1929, owned by the pilot Mauricio Sánchez Bella, another member of his

Pedro Campos, friend of King Juan Carlos and his host in Sanxenxo.GTRES

From then on, Don Juan Carlos gave a

change of direction to his existence

, competing with the sailboat

, acquired in Finland (and which, according to Zarzuela, Cusí paid for) and in a

the 6 m, driven by Campos to measure del Rey and a modality that now has

ten boats based in Sanxenxo.

Sailing, enjoying good seafood in A Centoleira, Marlima or El Náutico together with other patrons, such as Sánchez Bella, Juan Carlos Escotet, the banker José Álvarez and of course Pedro Campos, with after-meal conversations

, gave Don back his will to live Juan Carlos.

In addition, in Sanxenxo he is still the King, because

everyone turns to him

, especially Campos and his wife, Cristina, in whose chalet he feels so comfortable that he has not returned to the rural hotel in Áreas where he stayed years ago.

The couple always reserves the entire upper floor of the house

for him so that he is comfortable, even if this means the difficulty of having to climb stairs.

, since their hosts are full of attention, as can be seen in the dedication of the photo with the King that Campos' wife has published on her Instagram.

"Our guest of honor, the most wonderful and good person in the world."