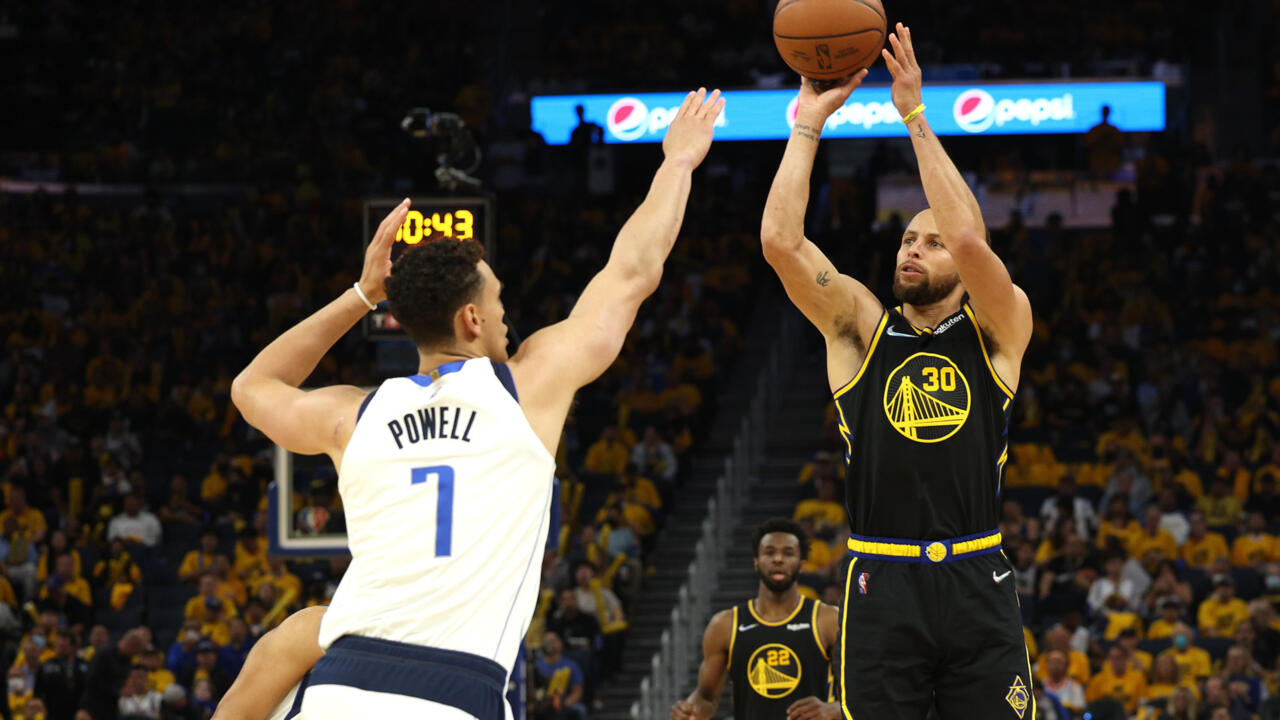 Three days after Doncic destroyed the Phoenix Suns in Arizona, the Slovenian star found the way harder against a ruthless Golden State at the Chase Center in San Francisco.

The Warriors, who were already up nine points at halftime 54-45, made the difference in the third quarter, winning 34-24 to take a 19-point lead going into the fourth quarter.

They further increased their lead at the start of the last quarter, to count up to 27 lengths before winning comfortably.

Doncic, he had to seek treatment in the third quarter, apparently suffering from a shoulder.

In a tight-knit team with seven players at 10-plus points, Curry led the way with 21 points, 12 rebounds and 4 assists, while Jordan Poole and Andrew Wiggins tallied 19 points apiece.

Jordan Poole of the Golden State Warriors during Game 1 of the NBA Western Conference Finals against the Dallas Mavericks on May 18, 2022 at Chase Center in San Francisco Thearon W. Henderson GETTY IMAGES NORTH AMERICA/AFP

Klay Thompson, after a very laborious start to the game, with no points scored in the first two quarters, got into the rhythm in the second half with 15 points.

Doncic, author of an average game, was nevertheless the top scorer for the Mavericks with 20 points.

Doncic: 'I have to be better'

Three-point attempt by Andrew Wiggins of the Golden State Warriors against the Dallas Mavericks in the NBA Western Conference Finals on May 18, 2022 at the Chase Center in San Francisco Thearon W. Henderson GETTY IMAGES NORTH AMERICA/AFP

In the first half of the game, the Mavs had a huge waste, going 14 of 44 from two runs and just seven game-winning shots on 29 attempts.

Despite everything, they were only two points behind in the middle of the second quarter (35-33).

But then the Warriors put their foot on the accelerator, with an 11-2 and a Curry in the stick, launching its Poole and Wiggins launch pads for three-pointers.

"We had a clear game plan and were able to execute it most of the time," Curry said.

"We did what we were supposed to do by winning the first game, but there is still a long way to go."

Game 2 of the series takes place in San Francisco on Friday.