Malena Alterio: "Fame overwhelmed me a lot, I avoided rush hour, I didn't want to go to clubs or go out at night"

MALENA ALTERIO. Buenos Aires, 1974. Actress. There are roles that are so successful that they can become a burden, but the Belén of No One Lives Here did not stop her career. To the... 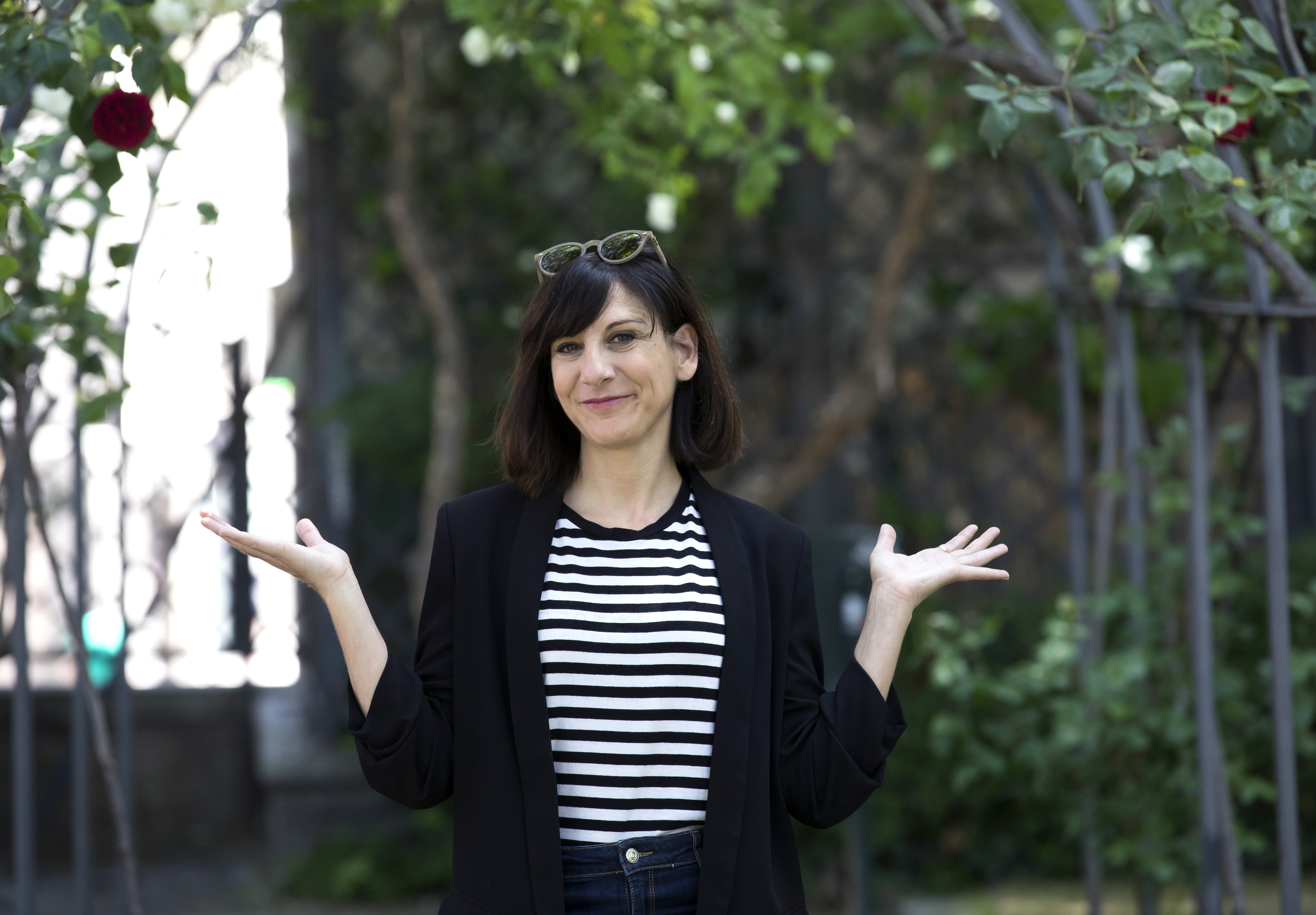 There are roles that are so successful that they can become a burden, but the Belén of No One

not stop her career.

She now she opens in theaters

What do you see in the mirror when you look at yourself?

It depends on the day, the hour, the night that has passed... I see many Malenas, as happens in the film, which speaks of the complexity of how polyhedral we are.

I don't have a continuous and clear line of thought, but I am in constant discussions with myself and I think we are all like that.

There are times when I can't stand it and phases of absolute falling in love with myself... Although, in my case, this rarely happens (laughs)

Sometimes it does happen to me that I say: "Well, hey, look how beautiful I am, how good, I love you very much, Malena".

And other days, the most, when I can't stand myself and if I can neither speak nor look at myself, the better.

Do you like yourself when you see yourself on screen?

I tolerate myself, but after a while and when a long time passes.

With the first views of my work I want to leave the country to an island where no one knows me.

Over time, I've come to accept myself a little bit, and the second time I see a job I'm like, "Well, it's not that horrible either."

And now, when years have passed, suddenly I see it again and think: "Hey, well, I'm not that bad."

It is very difficult to find actors that you think are good.

Do you know what I think happens?

That one has certain expectations when you go to see the film for the first time because you know the text, the script, you have lived the shooting... You have made a parallel film in your head and when you see the final result, it always differs a lot from what what you had in mind and there are things you would have done differently.

It is a curious feeling.

In this profession we are a little...

You are the daughter and younger sister of actors, you knew what you were facing...

Yes, but the thing is that I had no dimension of what this profession was: the complexity, how difficult it is, the disappointments that sooner or later present themselves to you... My father did not show any of that at home and I did not from the outside I saw it as complex.

Also, I didn't decide to be an actress all at once, it happened little by little.

I signed up for Cristina Rota's school because Ernesto had also signed up and I wasn't doing very well in my studies, so it seemed like an extracurricular activity that motivated me.

But, suddenly, they began to give me papers, I had made a career and now I had to dedicate myself to this.

I've been doing well and, moreover, little by little.

Fame did not fall suddenly, when I started in

I had already traveled a little way.

So I feel that it has been given to me in a nice and easy way, without big stops.

Your father told me that he tried by all means that you were not actors, but you did not pay any attention to him.

He didn't actively try, but he did want it badly.

He said: "Oh, please, let them have a normal career and be doctors or lawyers."

So at first he was not very happy that we followed in his footsteps, but now I think he is happy with the path that Ernesto and I have followed.

It makes me very happy to be able to share a profession with him.

It is a point of union and a plus in our father-daughter relationship.

Whenever I have any kind of doubt or conflict, she is my oracle.

You were talking before about the success of 'There is no one alive here' and 'La que se avecina'.

In a profession with so little stability, isn't leaving such a series reckless?

An irresponsibility (laughs), but it happened that way.

was wonderful and I feel very proud to belong to that series.

It is a social phenomenon, we are already in the third generation of fans.

It's impressive and it touched me.

It is that you won the lottery, but the point is that it was also very intense in terms of work and popularity.

by Ángeles González-Sinde in the CDN.

As I am excessively responsible, I would feel treacherous if I tried to combine it and I decided to park the series.

It was the moment.

Don't you miss that security of the series?

It's funny because, you know, things have gone well for me, but even so, every time I finish a project I think: "Oh, what if they don't call me anymore?"

I still have that fear, but then I repeat to myself: "Well, if they don't call me, I'll make it up."

Because theater is always something that one can access and create.

Did the enormous popularity of a character like Belén overwhelm you?

It was very tremendous.

I went from being completely anonymous to being super mega popular, not being able to go on the subway, being followed down the street... I avoided leaving schools and going out at rush hour, I didn't want to go to clubs or go out at night .

Yes, I was quite overwhelmed.

It's funny because I went through several phases.

At first, I was cool, I felt the disbelief of "wow, I've been asked for a photo or an autograph".

But that was growing every week, the day after each chapter I generated something like a trail in my wake when I was walking down the street.

It was very beastly and became overwhelming, but then it went down or I adapted, I don't know what percentage of each thing.

I think that now I don't perceive the gaze of the people.

I have it very incorporated and it no longer calls my attention or bothers me so much.

Even so, there is a trickle of people who remember you and are excited to see you.

That is always appreciated.

A little food for the ego.

Man, and so much.

Knowing that you are generating happiness for others is fantastic.

Were you afraid that such an emblematic role would pigeonhole you?

At the work level, no.

Very nice things have continued to come out of me in cinema and theater that have nothing to do with Belén.

At the popularity level, it does happen: people have me located there and I can't do anything against that.

Antonio Ferrandis was a great actor, he did a lot of things, but in people's collective memory he is Chanquete and he always will be.

Well, I will be Belén and I will have to live with that.

There are people with magnificent careers who don't have such an iconic character.

That's right, apart from the fact that, being realistic, the work that I have done since has been partly due to the popularity and my work in

It would be ungrateful to deny that.

Now I'm with social networks like yes no, I put my foot in and take three steps back because they haven't convinced me, but the followers don't follow me, they follow Belén.

And they make me want to tell them: "Look at other things, I've done more things!"

But I'm not going to fight with that either.

I would not be doing so well in this profession now without Belén.

With that part resolved, what do you expect from the rest of your career?

Now I come from doing a very crazy project, an adaptation of a novel by Juan José Millás called

Let no one sleep

that it has been an incredible experience because it has been a way of working very different from what I am used to.

It's a joy that they turn you around and break your schemes because one becomes more conservative over time and the capacity for wonder gradually softens.

So I want projects like this to come to me, to mobilize me and mobilize the rest.

That would be cool.