Hand: Paris fails at the end of the suspense at the gates of the last four of the Champions League

Despite twenty perfect minutes at the start of the match, the Paris SG handball players lost on the wire (33-32) in the quarter-final second leg of the Champions League on the ground in Kiel… 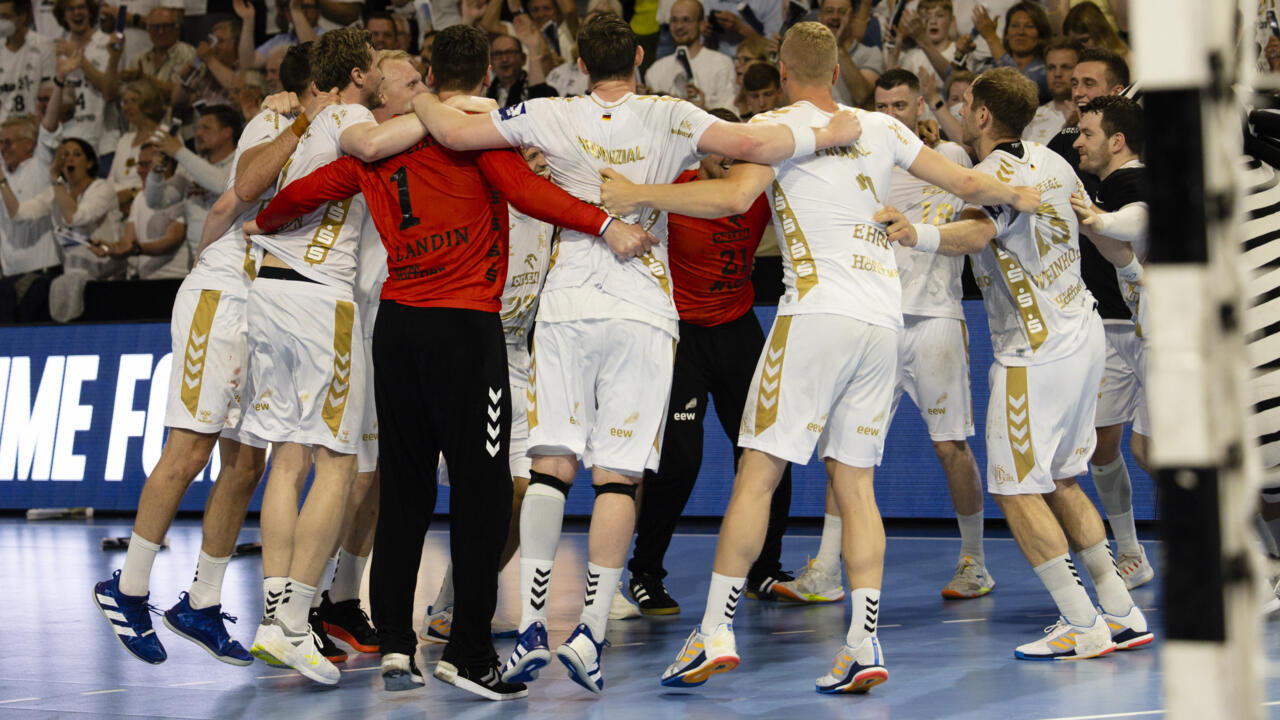 The Parisians, held in check in the first leg (30-30) in their room at Coubertin eight days earlier, were forced to win, or draw, provided they scored more than 30 goals.

They finally lost 33 to 32 in northern Germany, a setback synonymous with elimination before the last four, as in 2019 (eliminated at the time by the Poles of Kielce).

"I think we played a good game today, especially in the first half. We responded well to Kiel's good game last week in Paris. We dominated, but we missed some easy shots at the start. second half", commented Nikola Karabatic after the match.

Paris Saint-Germain team handball player Kamil Syprzak after his team's 33-32 loss to Germans Kiel in the second leg of the Champions League quarter-finals on May 19, 2022 in Kiel FRANK MOLTER AFP

Forced to release their best match of the season to be able to taste again the emotions of a last four of the Champions League in Cologne on June 18 and 19, Raul Gonzalez's players took the meeting by the good end by escaping quickly to the score with a three-goal lead (14-11) after 20 minutes of play.

Then tempers flared, the Parisians played four minutes with a double then a triple numerical inferiority after the temporary exclusions of Luc Steins, Kamil Syprzak, Luka Karabatic, then again Syprzak.

In adversity, the eight-time reigning French champions limited the damage, thanks to the mischief of a ricochet shot from Nikola Karabatic in an empty Kiel cage, or the power of a missile from Elohim Prandi.

They thus returned to the locker room with a two-goal lead (19-17).

It was the start of the second period that was fatal to Luka Karabatic's teammates, with a 7-2 conceded in the space of ten minutes, with again many less well-negotiated numerical inferiorities.

Three goals behind at the start of the last quarter of an hour (27-24, 45th), the Parisians gradually returned to the game, and equalized through Luc Steins three minutes from the end of the game (31- 31).

Led by one goal (33-32), the Parisians had the qualifying ball since a 33-33 draw was enough to pass, but Steins' shot at the last second was stopped by the Danish goalkeeper of Kiel Niklas Landin, to the delight of the 11,000 German spectators.

The player of the Paris Saint-Germain handball team (left) during the return match of the quarter-finals of the Champions League in Kiel on May 19, 2022. FRANK MOLTER AFP

"It's always difficult to win here, with such an atmosphere. Despite all this, we had the opportunity to pass, but we did not manage important balls well in the second half. I think that tactically we could have done better do", regretted Nikola Karabatic.

This elimination of the Parisians marks the end of a page in the history of the club, which once again fails in the quest for the European title, which has eluded it since the takeover of the club in the summer of 2012.

The Parisian workforce will change a lot in the summer since Mikkel Hansen, Nedim Remili, Vincent Gérard, Yann Genty and Benoit Koukoud will leave the club for other horizons, with a PSG team to be rebuilt around the brothers Nikolas and Luka Karabatic.