George Bush laughed at the comparison of Zelensky with Monica Lewinsky

Former US President George W. Bush laughed at the comparison of the head of Ukraine, Vladimir Zelensky, with former White House employee Monica Lewinsky, who got into a high-profile scandal in connection with her sexual relationship with former American leader Bill Clinton. 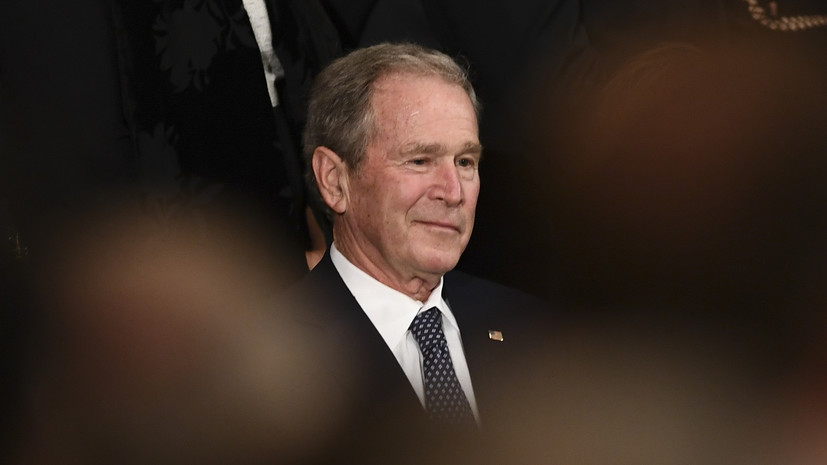 The corresponding comparison was made by Russian pranksters Vladimir Kuznetsov and Alexei Stolyarov, known as Lexus and Vovan, when talking to Bush.

“I told Zelensky that he is like Winston Churchill,” the former head of the United States said.

To this, the pranksters noted that Zelensky was more like Monica Lewinsky (the moment is 01:15 on the video. -

Earlier it was reported that Bush said that the former head of Georgia Mikheil Saakashvili is a "violent guy."

He also asked if Saakashvili is fighting with Ukrainian troops, despite the fact that the former Georgian president has been in a Georgian prison since last autumn.