Biden after the meeting in the White House: Finland and Sweden make NATO stronger

US President Joe Biden welcomes Sweden and Finland into NATO. - I am proud to welcome two major democracies, two close partners, as part of the world's most powerful and powerful military alliance, said Joe Biden during a joint press conference with the Prime Minister of Sweden and the President of Finland. 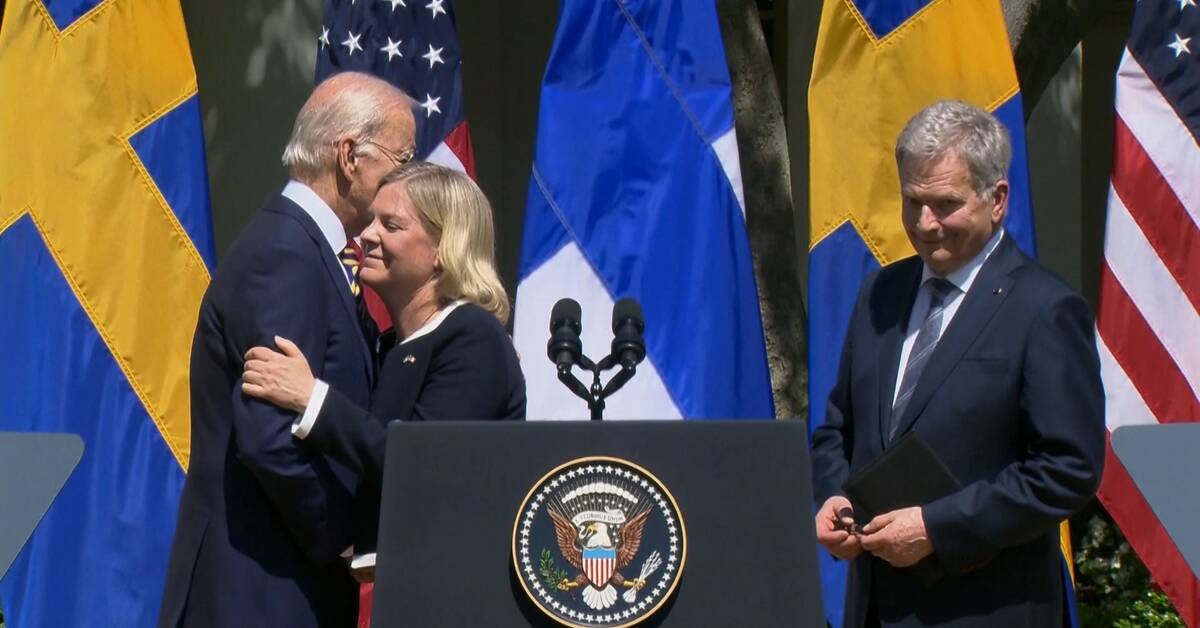 The historic visit between Magdalena Andersson, Sauli Niinistö and Joe Biden takes place just one day after the Nordic countries applied for membership in NATO.

- In my opinion, this is a very good day.

It is about two proud independent nations who themselves control their security, Joe Biden began the press conference outside the White House.

The US president assured that both Sweden and Finland have "full and total US support", and announced that his administration will send evidence of a NATO accession for both countries to Congress during the day.

This is so that the Senate can quickly approve the countries' application.

More united than ever

Magdalena Andersson said during the press conference that Sweden has chosen a new path - and with Sweden and Finland as members, NATO will also be stronger.

- We contribute to security with sophisticated defense capabilities, and we stand for freedom, democracy and human rights.

- We stand here today but united more than ever, and we are determined to strengthen our ties further.

Sweden is ready to take our responsibility as a member of NATO.

Regarding Turkey's opposition to Swedish NATO membership, Magdalena Andersson said that discussions are ongoing and that Sweden is looking forward to a rapid ratification process.

- We have dialogues with all member states, including Turkey, to solve the problems that exist.

"Together, we are taking a historic step by applying for NATO membership," said Finnish President Sauli Niinistö, emphasizing that Finland will become a strong NATO ally.

Following the White House meeting, Prime Minister Magdalena Andersson will also meet with House Speaker Nancy Pelosi and members of Congress from both Democrats and Republicans.

She then meets with Senate leadership, Mitch McConnell and Charles Ellis Schumer, and senators from both parties.

Hear more from Prime Minister Magdalena Andersson and President Joe Biden in the clip above.