The Environment Agency in Abu Dhabi confirmed that the decision to ban the use of single-use plastic bags in the Emirate of Abu Dhabi will enter into force as of the beginning of next June. 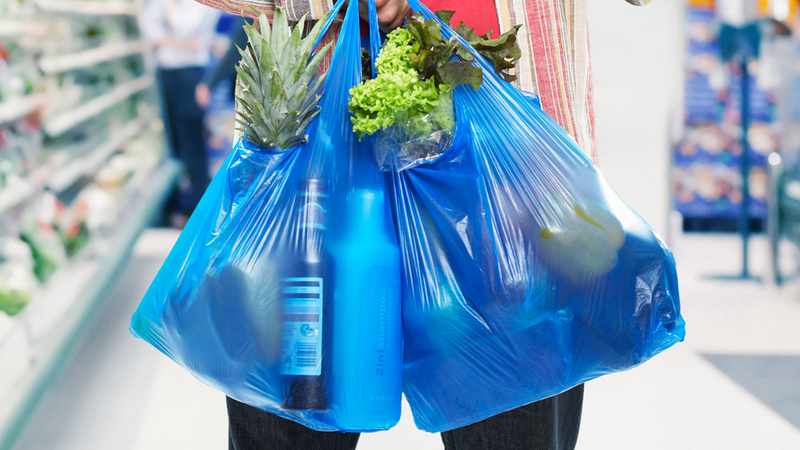 The Environment Agency in Abu Dhabi confirmed that the decision to ban the use of single-use plastic bags in the Emirate of Abu Dhabi will enter into force as of the beginning of next June.

The authority revealed its intention to launch a system to retrieve single-use plastic water bottles, in exchange for incentives and rewards in the emirate, noting that it is also working to gradually phase out single-use Styrofoam cups, plates and food containers by 2024.

In detail, the authority revealed the launch of the Abu Dhabi Declaration for Retail Outlets regarding reducing reliance on single-use plastic materials, next Monday, and the signing of the declaration will be attended by the executive directors of the main retail outlets in Abu Dhabi, which includes: Carrefour, Lulu Hypermarket, Abu Dhabi Society The Cooperative and Spar, Choithrams, The Spence Company, Waitrose.

The authority warned that plastic bags that are not disposed responsibly in the designated place, end up in the marine or terrestrial environment, and each year kill more than one million sea birds and 100,000 living creatures around the world, including whales, dolphins and sea turtles. Noting the possibility of avoiding the use of single-use plastic bags, and replacing them with environmentally friendly, reusable bags when shopping.

She pointed to the implementation of several awareness and cleaning campaigns to encourage community members to play a role in protecting the environment, and to increase their awareness of the volume of single-use plastics and waste that enters beaches and affects the marine environment, in addition to targeting companies and institutions in the private sector, and providing them with tools that enable them to Develop plans to implement the integrated policy for single-use plastics.

The authority confirmed that Abu Dhabi's policy for single-use plastics was prepared in cooperation with 12 government agencies, and in partnership with the Emirates Nature Society.

She explained that she based her preparation on a number of studies and research that were conducted at the local and global levels, noting that the UAE consumes 11 billion plastic bags annually (according to a report presented at the World Government Summit in February 2019), which is equivalent to 1184 plastic bags annually over The level of the individual, and this is a very high rate compared to the global average, which is 307 bags per capita.

• Plastic bags cause the killing of one million sea birds, and 100,000 living creatures around the world annually.

• The authority is working to gradually get rid of cups, plates and food containers made of Styrofoam.