An American decision is expected to remove the Islamic Group from the lists of terrorism.. Egyptian media anger and controversy on the communication sites

An expected US decision to remove the "Islamic Group" from a list of terrorist organizations angered some Egyptian broadcasters, in addition to controversy on social media, while leaders from the group said that the decision was natural and even late. 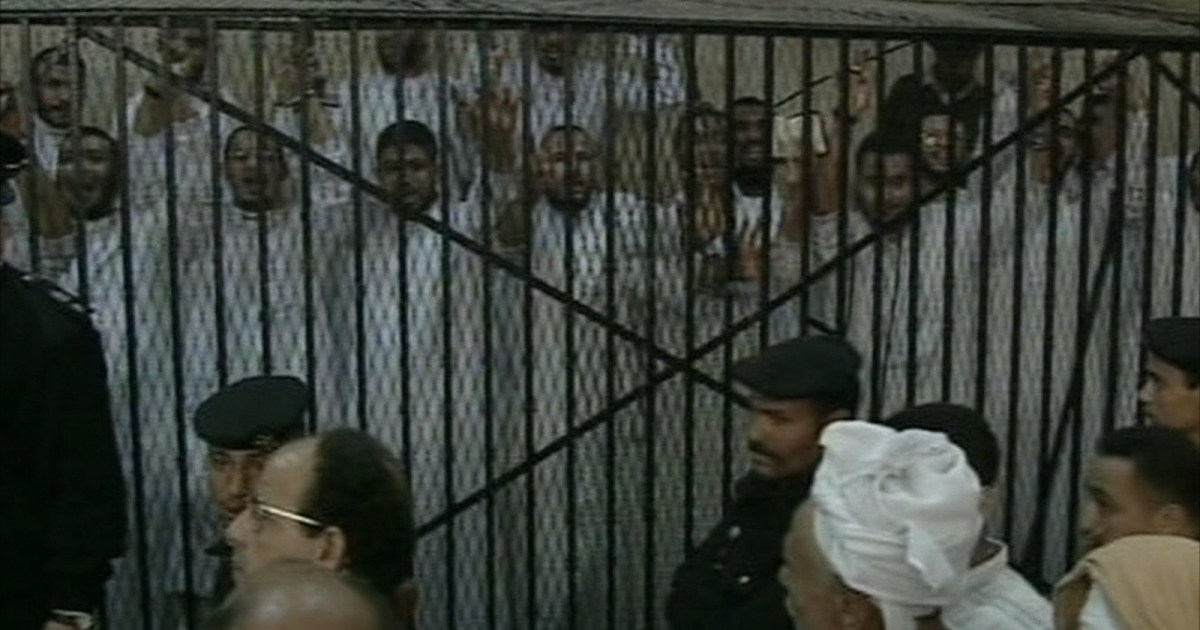 An expected decision by the United States to remove the "Islamic Group" from its list of foreign terrorist organizations angered some broadcasters supporting the Egyptian authorities, in addition to controversy on social media, while leaders of the group said that the decision was natural and even belated.

The two presenters, Nashat Al-Daihi and Ahmed Musa, launched an attack on the expected US decision, doubting the purpose behind it, and one of them claimed that America would be the first to pay for it.

The Associated Press reported two days ago that the United States was preparing to remove five organizations "believed to no longer exist" from its list of foreign terrorist organizations.

Among those organizations are the Basque separatist organization ETA (armed Spanish), the Japanese "Aum Shinrikyo" sect, the extremist Jewish "Kach" movement, and two organizations that had previously been active in Israel, the Palestinian territories and Egypt, the Mujahideen Shura Council in Jerusalem and the Islamic Group in Egypt.

In 1997, the Islamic University in Egypt issued an initiative to stop the violence, and issued several research papers during which it reviewed its position on armed change. January 2011 that ousted President Hosni Mubarak after 30 years in power.

Including the Islamic Group in Egypt.. Washington intends to remove 5 organizations from the blacklist of terrorism pic.twitter.com/VZNzajztc4

The announcer, Nashat al-Daihi, said that he did not want to describe the American decision as a failure, a conspiracy or a maneuver, but he stressed that things are going wrong, and that the United States with this decision opens the door to terrorist financing, and that whoever made this decision will pay for it later, according to his description.

In a message in Arabic, which he addressed to the American citizen, through his program on the “TeN” satellite channel, on Tuesday, Al-Daihi claimed that the government of US President Joe Biden knows perfectly well that the Islamic group carried out terrorist operations that killed American citizens, as he put it.

In turn, the announcer, Ahmed Moussa, expressed his astonishment at what was raised about the removal of the name of the Islamic Group in Egypt from the lists of terrorism, in light of its long history with terrorist operations, he said, wondering during his program “Echo of the Country” about the real reason behind the decision.

The two announcers listed the armed operations carried out by the Islamic Group, including the assassination of Egyptian President Anwar Sadat, former parliament speaker Rifaat al-Mahjoub, writer Faraj Fouda, the attack on tourists in Luxor, and the attempted assassination of the late President Hosni Mubarak in the Ethiopian capital, Addis Ababa.

On the other hand, the prominent leader of the Egyptian Islamic Group, Aboud Al-Zumar, said that the American decision to remove the group from the lists of terrorism is a correct and fair decision.

Al-Zumar added, in a tweet on Twitter, that the American decision came later than the ruling of the European Court with the same content, and later than the reality that confirms the group's closure of the file of the armed conflict, which was in fact a reaction to the abuses of previous tyrannical regimes.

The leader of the group, Dr. Tariq al-Zumar, who is the cousin and son-in-law of Aboud al-Zumar - in a tweet to him - praised the decision to remove the group from the lists of terrorism, asking: When will the Arabs realize what the non-Arabs have realized?!

After the military coup in the summer of 2013, the Egyptian authorities placed the Islamic Group on the list of terrorist entities, and the Administrative Court issued a ruling in 2020 dissolving the Building and Development Party, the political arm of the group.

The Islamic Group was one of the most prominent members of the National Alliance to Support Legitimacy, which was formed after the overthrow of the late President Mohamed Morsi in 2013.

The Brotherhood's Building and Development Party participated in the parliamentary elections that took place after the 2011 revolution, in which the Islamist movement won the majority.

The Islamic Group is one of the main components of the Islamist trend in Egypt, which includes the Muslim Brotherhood and the Salafists of their various variants as well as independents.

The American decision to remove the Islamic Group

a correct and fair decision,

came later than the ruling of the European Court with the

and also later than the reality that confirms: the group’s

closure of the file of the armed conflict,

which was in fact a reaction to the abuses

After the removal of the Islamic Group in Egypt from the US terrorist lists, when will the Arabs realize what the non-Arabs have realized?

The American decision sparked controversy on social networking sites in Egypt, where some opponents of the decision saw that it was directed primarily to the Egyptian leadership, and some even claimed that the American president would meet with the leaders of the group upon his visit to Egypt.

Some linked the timing of the announcement of the news and the first appearance of Gamal Mubarak, son of the late Egyptian president, and the growing Egyptian movement, as confirmation that the decision was part of a complete conspiracy against Egypt, without providing a clear explanation for that conspiracy.

On the other hand, some said that the American decision was delayed in its announcement, despite it being taken since 2008, according to the document leaked by WikiLeaks from the American embassy in Cairo, and some stressed that the decision will have many consequences later.

The US State Department removes the Islamic Group movement in Egypt and the Mujahideen Shura Organization in Sinai from the lists of terrorism next Wednesday, despite Egypt's objection to this dangerous decision in a new escalating step by the US administration towards the Egyptian state, the

sponsor of terrorism #Obama_ the actual ruler of America

The most important news of these days, and we must talk about it, is the removal of #America from the lists of terrorism...and thus the hostility has become clear and your eyes are on your eyes...and Egypt is required.

America has removed the Islamic Group from the lists of terrorism

. The emergence of the civil movement.

The emergence of Gamal Mubarak.

the devil is in Heaven

American terrorism has its aftermath.

The current orientation of the Brotherhood towards unity and the termination of the divisions and the issuance of instructions for that from their leadership in the detention centers at this time also has its aftermath.

The Associated Press had made it clear, in its report, that some of the organizations to be delisted were once significant threats, killing hundreds if not thousands of people in Asia, Europe and the Middle East.

US Secretary of State Anthony Blinken explained that the reason for the removals was based on administrative reviews, which are required by US law every five years.

ABC News reported that the reviews take into account whether the identified groups are still active, whether they have committed terrorist acts within the past five years, or if removing or retaining them is in the national security interest of the United States.

It is expected that the United States will officially announce the removal of the five organizations from the terrorist list next week.

The European Court cancels the inclusion of the Islamic group in the lists of terrorism pic.twitter.com/wfvcsUanIe