A slip of the tongue that collected millions of views.. George Bush Jr. describes his invasion of Iraq as brutal

Former US President George W. Bush described the invasion of Iraq as "brutal" and "unjustified", before correcting his "slip of the tongue" to say he meant Russia's "invasion" of Ukraine. 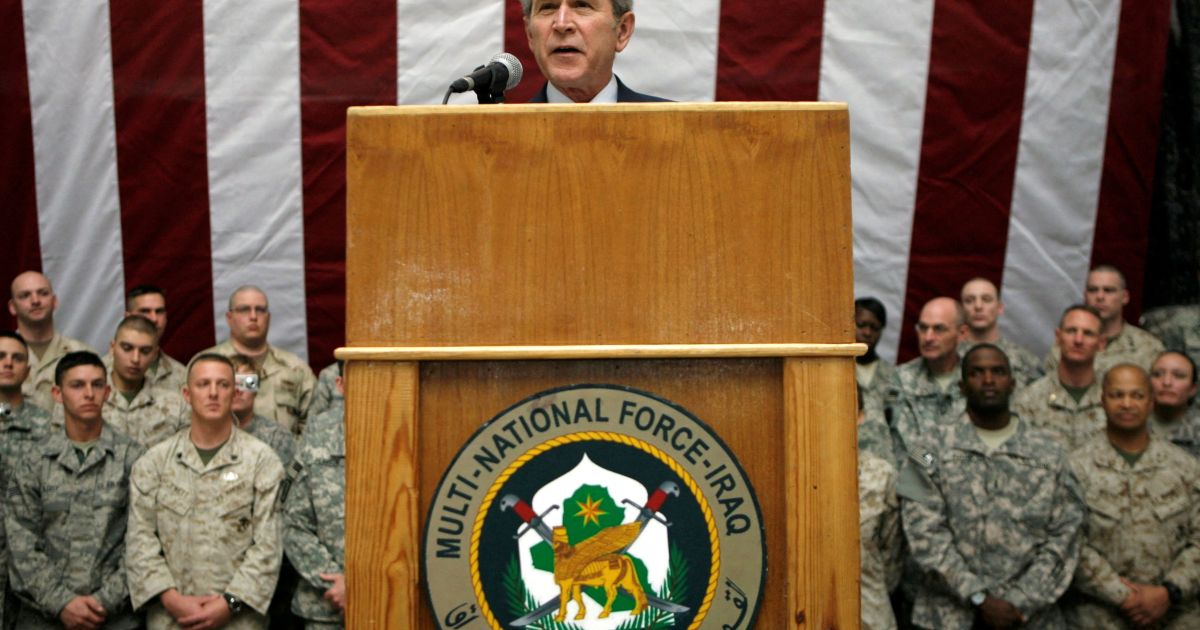 Former US President George W. Bush described his invasion of Iraq as "brutal" and "unjustified", before correcting his "slip of the tongue" to say he meant Russia's invasion of Ukraine.

Bush made these remarks in a speech at a party in Dallas, Texas, on Wednesday, during his criticism of the Russian political system.

"The result is the lack of checks and balances in Russia, and a one-man decision to launch a brutal and totally unjustified invasion of Iraq," Bush said, before correcting his words and shaking his head, saying, "I mean Ukraine."

He joked that he blamed the slip on his age, saying "75", as the audience burst into laughter.

George W. Bush launched a bloody invasion of Iraq during his reign (2001-2009) in the wake of the events of September 11, 2001, which caused the death and displacement of hundreds of thousands of Iraqis.

Bush Jr. claimed at the time that the regime of late President Saddam Hussein had weapons of mass destruction, and although the specialized committee at the time, headed by Dr. Mohamed ElBaradei, did not find evidence of the American accusations against Iraq, Bush decided to continue striking Iraq without waiting for the committee's final decision, which was a decision The United Nations regarding war support relates to it.

Former President George W. Bush: "The decision of one man to launch a wholly unjustified and brutal invasion of Iraq."

I mean of Ukraine.”

Commenting on the incident, Fox News said it was an unfortunate misstep, while the Huffington Post described it as a heinous misstep.

The Washington Examiner said, "Bush made a huge mistake the size of Iraq," and many social media pioneers mocked what they called the recognition that finally came out of Bush Jr.

"I do not laugh, nor do the families of the thousands of American soldiers, nor the hundreds of thousands of Iraqis who died in that war, it took twenty years for Bush to confess," the journalist Mahdi Hassan said in a tweet on Twitter.