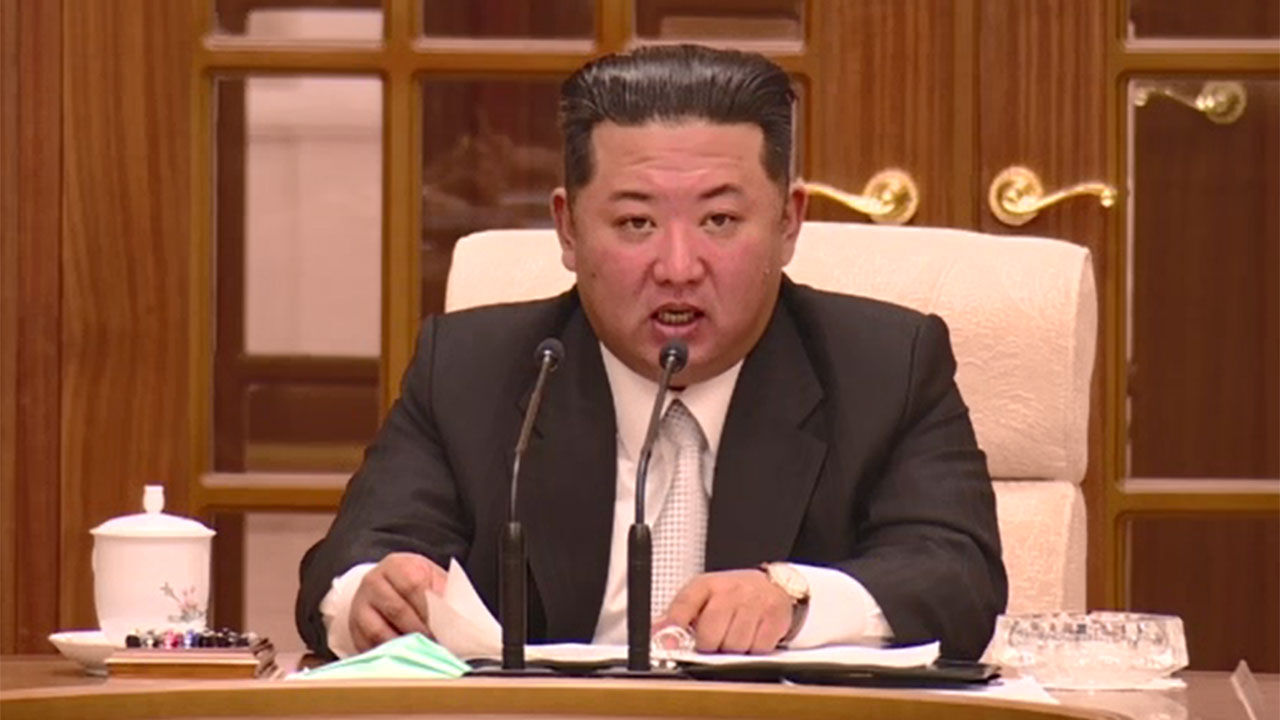 will continue to talk with reporter Ahn Jung-sik, who specializes in North Korea.

Q. Kim Jong-un, do you have a meeting at dawn?

[Reporter Ahn Jung-shik specializing in North Korea: Since North Korea acknowledged the corona outbreak, there have been several meetings presided over by General Secretary Kim Jong-un.

Among them, let's take a look at the meetings on the 12th and 17th.

First, if you look at the meeting of the Politburo on the 12th, the meeting was held on a dark night at the headquarters of the Party Central Committee, and when you look at the clock hanging above his head when General Secretary Kim Jong-un entered, it indicated about 2 o'clock.

In other words, the meeting started at 2 am.

The meeting went on for quite some time, and when Secretary Kim got up after the meeting, it was around 3:25 in the morning.

So, we had a meeting for almost an hour and a half in the morning.

This time, let's look at the Standing Committee of the Politburo on the 17th.

As expected, the office building got dark and the meeting started, but looking at the clock taken shortly after Secretary Kim came in, you can see that it was a little past 7:30 in the evening.

This meeting went on for quite some time.

When Secretary Kim leaves the meeting, looking at the clock, you can see that it is a little past 9:30 p.m.

In the past, there was a case where General Secretary Kim Jong-un presided over a meeting in the middle of the night.

In the case of this corona, there seems to be an aspect that shows that an emergency meeting was convened at dawn because the situation is urgent.]

Q. Kim Jong-un, use it as the reverse of the 'corona crisis'?

[Reporter Ahn Jung-sik, specializing in North Korea: In fact, General Secretary Kim Jong-un is most responsible for the seriousness of the corona virus in North Korea.

As North Korea acknowledged, fever has spread across the country since the end of last month, and a large-scale fever ceremony on the 25th of last month was the catalyst.

Since Kim Jong-un was the general in charge of making this large-scale military parade without a mask on, it can be said that the greatest responsibility for this corona spread lies with Kim Jong-un, the supreme leader.

North Koreans and executives may think so on the inside, but on the outside they are unable to speak.

North Korea is making great efforts to overcome this hurdle by mobilizing all propaganda media and having Secretary-General Kim Jong-un preside over night and day meetings and donate personal medicines.

They are using the corona crisis as an opportunity to highlight Kim Jong-un's leadership.]

[Reporter Ahn Jung-sik, specializing in North Korea: If you do not want to acknowledge your responsibility, you have to make other people a scapegoat.

General Secretary Kim was inexperienced in responding to the national crisis. The executives showed negligence and inactive attitudes. Because they are rebuking them every day, it seems that there will be a large-scale censure of the executives soon.]