Zero Covid: China pleads for "urgent" support for its economy 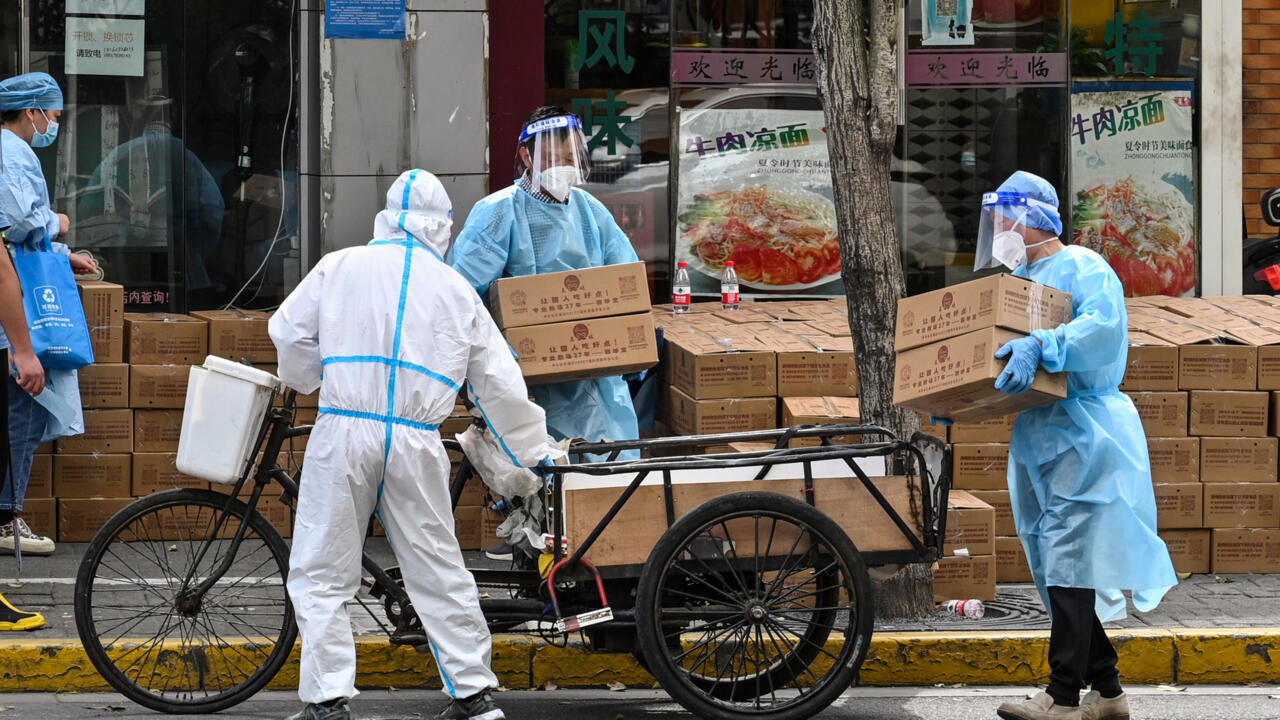 China has been facing a resurgence of the epidemic for several months, which is affecting several parts of the country to varying degrees.

Under the zero Covid health strategy, several cities have been locked down, including the major port metropolis of Shanghai, which is weighing heavily on production and consumption.

"All departments in all localities should enhance their sense of urgency. Any appropriate measures should be implemented where possible," Li Keqiang said, according to state broadcaster CCTV.

He added that these support measures must have as their end a “rapid return to normal” for an economy showing signs of “clear weakening” since March, and especially in April.

China unveiled its worst economic performance in two years on Monday, with the unemployment rate jumping last month to 6.1% - close to an all-time high.

This slowdown in the economy jeopardizes the growth target of 5.5% set by Beijing, in a politically sensitive year which should see President Xi Jinping reappointed as head of the Chinese Communist Party (CCP).

It derives its main legitimacy from the increase in the purchasing power of the population.

However, the zero Covid strategy, defended tooth and nail by the authorities, is increasingly contested by the general public and especially the business community, who are alarmed by the threats that confinements pose to activity.

China seems to be increasingly isolating itself: the borders are closed to most foreign travelers and the country has canceled or postponed several international sports competitions in recent days, in the name of the health situation.

"China's determination to open up at a high level will not change," however, Xi Jinping told a trade conference on Thursday, according to a Foreign Ministry statement.

Restaurant workers push a take-out cart down a street in Beijing on May 18, 2022 WANG Zhao AFP

"China's door will open even wider to the world," he said, a phrase he regularly utters in his speeches.

His statements come as the country no longer issues new passports to its nationals unless they can justify the need to travel abroad - such as to take up employment or pursue studies.

Faced with a gloomy situation, the government has multiplied its actions in recent weeks to support the economy.

Li Keqiang again called on Wednesday to help companies in the technology and digital sector who wish to list on the stock market in China but also abroad - which is akin to a reversal of the current policy.

Because under pressure from Beijing, the VTC champion Didi Chuxing, equivalent in China of Uber, had hastily withdrawn from the New York Stock Exchange in December, after five months of listing.

Its IPO in the United States had provoked the dissatisfaction of the Chinese authorities, who feared a transfer of sensitive data.

Since the end of 2020, China has been targeting certain practices of the digital giants, in particular with regard to the collection deemed abusive of personal data and competition.

Beijing has multiplied the blows against powerful internet firms, prevented from raising money internationally or sanctioned for abuse of a dominant position.

Pedestrians in the Beijing business district on May 16, 2022 STR AFP

But Tuesday, the communist power had received several business leaders, raising the hope of a patching up with this sector.

Robin Li, the boss of the Chinese search engine Baidu, was among the guests present.

"We must adapt to the changes brought about by the digital economy [...] and support (its) healthy and sustainable development," said Vice Premier Liu He, quoted by CCTV.

At the end of April, the government had already shown its support for the digital economy.

But the difficulties of the sector persist.

This is the slowest pace since the company went public in 2004, according to Bloomberg.