Twitter intends to implement the agreement to sell it to Mask, and the latter asks for guarantees about fake accounts

Informed sources said that Twitter intends to implement an agreement to sell it to American businessman Elon Musk, but the latter confirms that his acquisition of the company will not take place without guarantees about fake accounts, which puts the deal in vain. 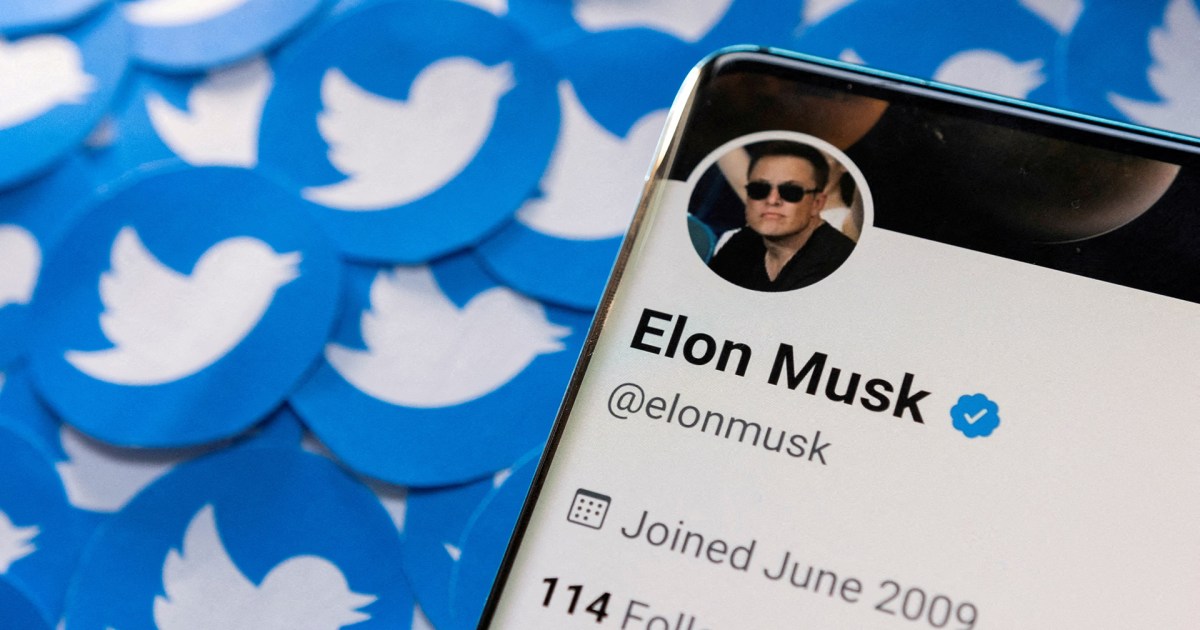 Informed sources said, on Tuesday, that the board of directors of the social networking site Twitter intends to implement the agreement reached with billionaire Elon Musk to acquire the company for $44 billion, but the latter confirmed that his acquisition of Twitter will not be completed until after he obtains guarantees. That less than 5% of the accounts on the platform are fake.

The Twitter board of directors had previously unanimously approved the recommendation of shareholders to accept the acquisition offer from Musk.

And the Bloomberg news agency reported that the Twitter administration agreed in late April to the acquisition offer from Musk, the president and owner of electric car maker Tesla.

At that time, Musk agreed to pay $54.2 in cash for each Twitter share, and the company confirmed yesterday that it is still committed to the deal and the agreed price and expects to complete it in 2022.

But Musk raised doubts about the completion of the deal, claiming that the number of fake accounts on Twitter exceeded initial estimates, and wrote that implementation of the agreement depends on details that support estimates that fake accounts are less than 5% of total users.

Independent researchers have predicted that 9 to 15 percent of the millions of Twitter profiles are fake.

In this regard, Musk - who is followed by about 94 million accounts on Twitter - announced in a tweet yesterday that his acquisition of Twitter will not be completed until after he obtains guarantees that less than 5% of the platform's accounts are fake.

"Twitter CEO Parag Agrawal (Monday) refused to prove that less than 5% of the accounts are fake," he tweeted, adding that "the deal will not go forward until the platform's president takes this step."

"Twitter claims that over 95% of its daily active users are real and unique human beings. Does anyone have that experience?" he wrote sarcastically.

Does anyone have that experience?

In his previous tweets, Musk refers to the explanations provided by Agrawal regarding the measures taken by the company to combat spam and fake accounts.

On Monday, Agrawal tweeted, “Let me make the first of what’s certain: Spam harms the actual Twitter experience and can subsequently harm our company,” adding that the social network “strongly encourages the detection and removal of as much spam as possible.” and "everyone who points to the contrary is simply wrong."

He stressed that the company suspends daily more than half a million fake accounts, and weekly several million users who do not follow certain verification procedures, pointing to the difficulties that Twitter administrators sometimes face in distinguishing legitimate accounts from fake ones.

"We gave Musk an overview of the assessment process a week ago and look forward to continuing the discussion with him and all of you," Agrawal said.

On Friday, Musk announced the suspension of his acquisition of the platform that he wanted to buy for $ 44 billion, before retracting a few hours later, noting that he was "still committed" to implementing the process after the company confirmed the percentage of fake accounts on Twitter.

As a result of these controversies, Twitter investors seemed convinced that the deal at the agreed-upon price was now in jeopardy.

Musk suggested for the first time, Monday, at a conference in Miami that the deal could take place at a lower price, without specifying it.

He has not yet told Twitter that he wants to renegotiate the deal.

Legal experts said Musk would likely lose out in court if he tried to walk out of the deal.

But they say any lawsuit is likely to drag on and create uncertainty about Twitter's business.

Even companies that have sued their buyers have ended up negotiating financial settlements.

Musk is contractually obligated to pay a $1 billion fee if he does not complete the deal, but Twitter can file a lawsuit to force Musk to complete it and obtain a settlement from him as a result.