Roland-Garros: how Djokovic got back into orbit

Stopped in the first trimester for lack of vaccination, Novak Djokovic got back into orbit in a month on clay and presents himself as the main favorite at Roland-Garros, where he is the holder… 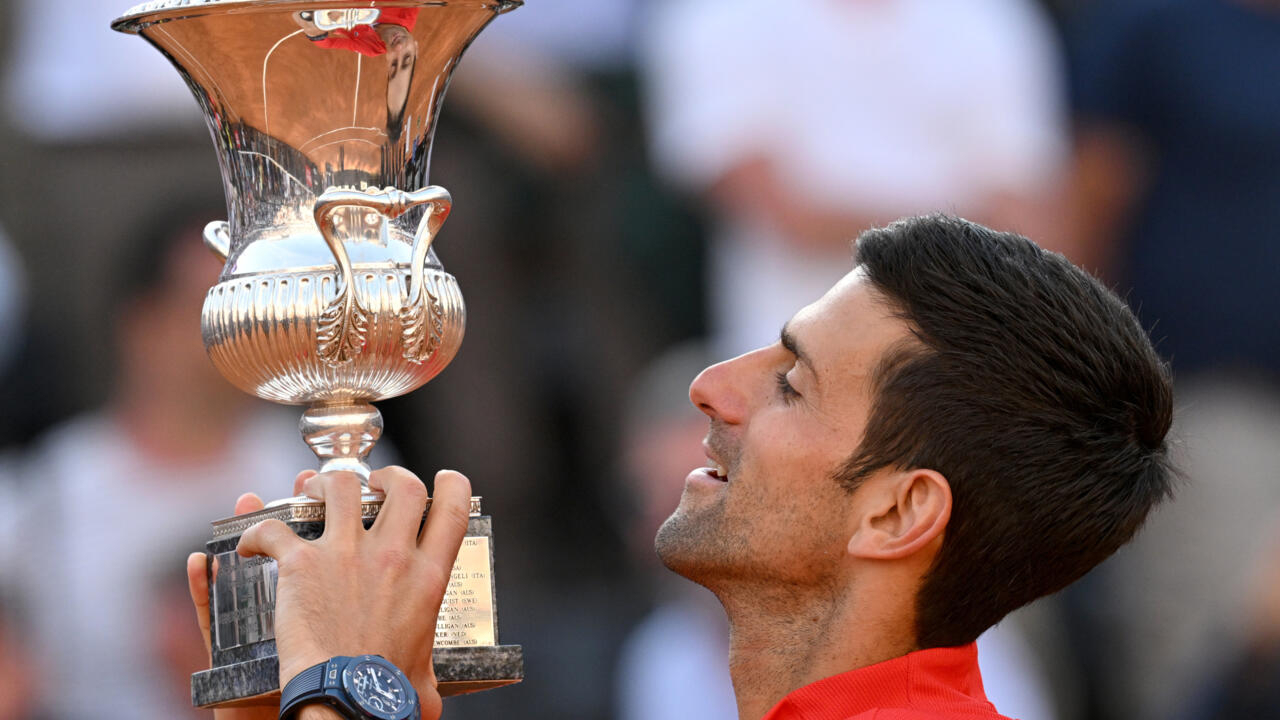 Doubled by Rafael Nadal in the race for the Grand Slam trophy record (21 against 20) at the Australian Open, on his favorite playground, Djokovic wants to return the favor to the Spaniard on his beloved land.

“Given the way I have played in recent weeks, I would place myself among the favorites. I am going there with the greatest ambitions, assumes the world N.1.

From an entrance defeat in Monte-Carlo in mid-April to the title in Rome on Sunday, it only took a month for the Serb, who will turn 35 next Sunday on the opening day of the 2022 edition. , only to be back to being himself after his nearly white first trimester.

After the incredible soap opera of his expulsion from Australia, he only played three matches (in February in Dubai), for lack of vaccination against Covid-19.

We first had to digest the Australian saga and its repercussions.

"But I have the feeling that it's behind me. I feel very good on the court. Mentally too. I'm fresh. I'm sharp," he said after his Roman title on Sunday.

On the short side, after the false start of his first match on clay in Monte-Carlo on April 12 against against Alejandro Davidovich, Djokovic methodically recovered from Belgrade to Rome, via Madrid - where he did not gave in only after a spectacular fight of more than three and a half hours with rising star Carlos Alcaraz in the semifinals.

Spaniard Carlos Alcaraz (right) and Novak Djokovic (left) after Alcaraz's victory in the semi-final in Madrid on May 7, 2022 Pierre-Philippe MARCOU AFP/Archives

In Belgrade, he battled three sets in his four matches until losing the final to Andrey Rublev 6-0.

"I had to work physically throughout the tournament," he recalls.

"In Madrid, I performed better, I was satisfied with my level of play, but perhaps I was not yet sharp in the decisive moments, continues the Serb. I knew that in Rome it was necessary just that I continue on the same path. And everything fell into place."

"I was confident in my plan when I started training on clay, he continues. I knew before Monte-Carlo, even without having played in a tournament, that I still felt rusty on the court. And I know that on clay I need more time, at least three or four weeks, to reach the level I'm looking for."

In Rome, Djokovic won his first tournament in more than six months (Paris-Bercy in early November), without missing a single set, and even inflicting a 6-0 on Stefanos Tsitsipas, outgoing finalist from Roland-Garros and member of the top 5, opening the final (6-0, 7-6).

Novak Djokovic celebrates his victory in the final of the Masters 1000 in Rome against the Greek Stefanos Tsitsipas on May 15, 2022 Andreas SOLARO AFP / Archives

Physically too, everything is back to normal for the world No.1, who fell ill in April before Monte-Carlo.

“I feel in perfect shape,” he says.

"I couldn't ask for a better week. It's the perfect preparation before Roland-Garros, he appreciates, acknowledging his "relief after everything that happened at the start of the year".