Record sale in Paris for a Nude drawn by Michelangelo

A drawing by Michelangelo, made at the start of his career and one of the few still belonging to a private collection, was sold for 23 million euros on Wednesday at Christie's in Paris, a record for… 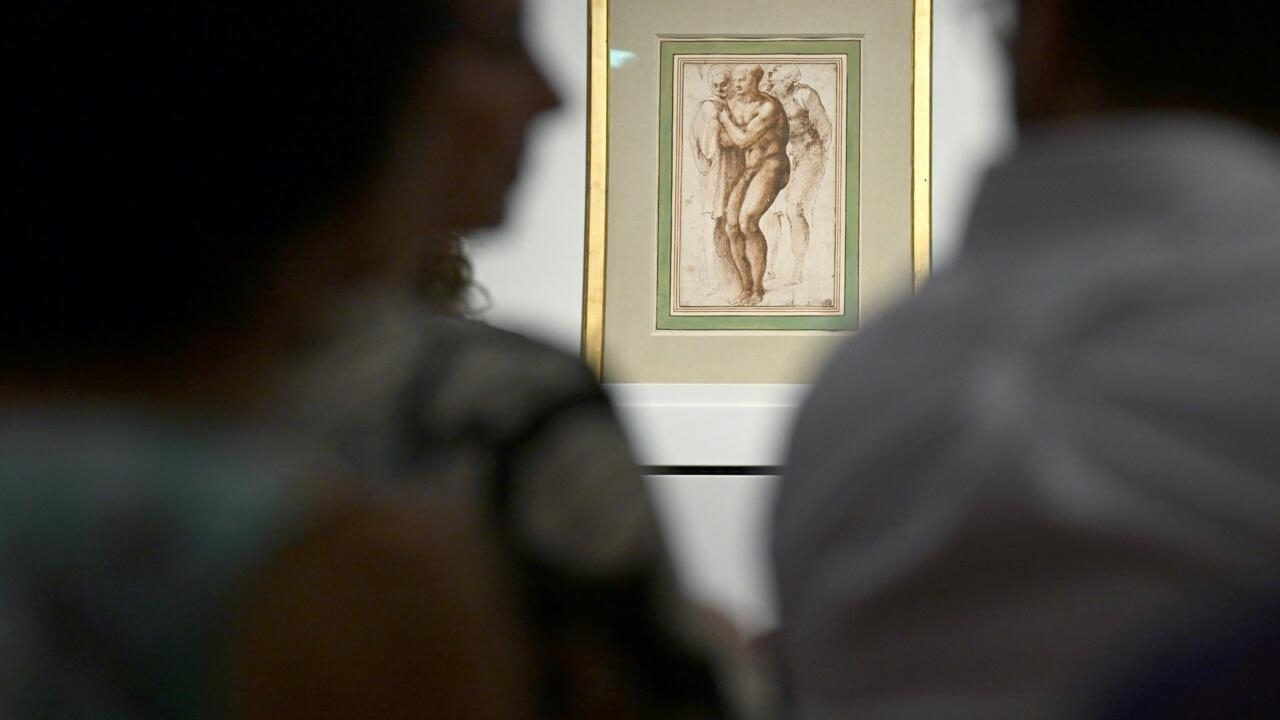 This auction, held to a full house, exceeds the record reached for another drawing by the famous Italian painter and sculptor, established until now in July 2000 by "The Risen Christ" (8.1 million pounds or 9, 5 million euros) at Christie's London and which constitutes a record in itself for a work by Michelangelo, according to the auction house.

It is also another record for the British auction house which has already registered two other records since the beginning of the month, with a photograph of Man Ray (Violon d'Ingres, 12 million dollars) and a portrait of Marilyn Monroe painted by Andy Warhol and sold for $195 million.

It is probably Michelangelo's "earliest known nude study" in Florence in the late 15th century, according to Christie's who did not reveal the identity of the buyer.

The central figure takes up one of the characters from the Baptism of the Neophytes, one of the famous frescoes painted by Masaccio on the walls of the Brancacci chapel in the Florentine church of Santa Maria del Carmine.

The result of the sale of Michelangelo's drawing on a video screen in the Christie's auction room in Paris, May 18, 2022 Emmanuel DUNAND AFP

This "Young Naked Man" (after Masaccio) is one of the few drawings by the Italian master still in private hands.

It had been put up for sale in 1907 at the Hôtel Drouot, in Paris, under the classification "School of Michelangelo", before being attributed to the master in 2019 only, as part of an inventory for a private collection. French.

"It belonged to the pianist Alfred Cortot (1877-1962) and his son," Pierre Rosenberg, former patron of the Louvre and founder of the Salon du Dessin, told AFP at the opening of its thirtieth edition on Tuesday in Paris. , marked by the return of the Americans.

"Several other studies by the hand of the artist after Masaccio are known, notably in the print room in Munich and in the Albertina in Vienna, while a copy after a fresco by the painter Giotto is kept in the Museum of the Louvre", according to Christie's.

In September 2019, the "Young Naked Man" was declared a "national treasure" for French heritage, which prohibits any exit from national territory for thirty months and gives the French State and its museums the opportunity to buy it back.

After this time, Christie's organized this sale as part of an auction dedicated to old masters, a selection of drawings, paintings and sculptures by major artists such as Théodore Gericault, Elisabeth Louise Vigée Le Brun, Jean-Honoré Fragonard, Charles Natoire or Jean-Antoine Watteau, 264 lots in total for an overall estimate of between six and nine million euros.