Medinsky: Poland, at the first opportunity, will “bite off” Western lands from Ukraine

Assistant to the President of Russia Vladimir Medinsky expressed the opinion that Poland, at the first opportunity, will take over the western territories of Ukraine. 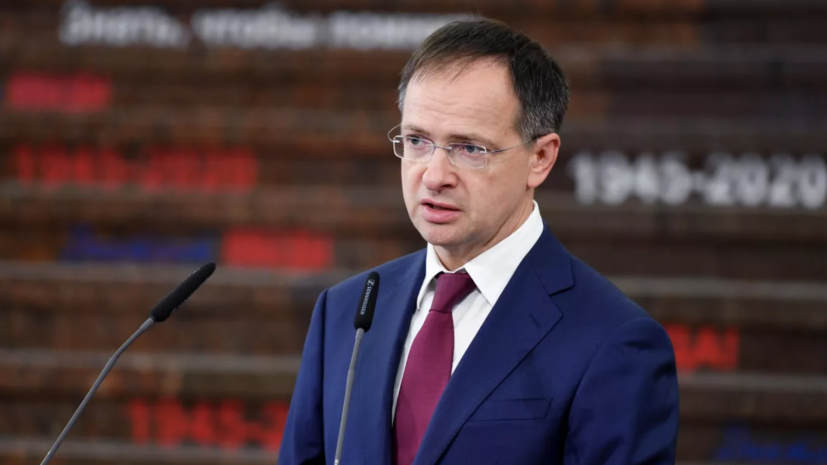 “Knowing history, I don’t doubt for a second that Poland, at the first opportunity, will bite off Western Ukrainian lands from Ukraine’s friend,” he said, speaking at the New Horizons educational marathon organized by the Knowledge society.

According to him, there is a historical precedent.

“In 1938, when Czechoslovakia was being divided, she had a great friend Poland.

Instead of defending Czechoslovakia as an ally, Poland immediately gnawed off the Teszyn region from her under the guise.

Even Churchill was a little crazy about this and then called Poland the main hyena of Europe, ”said Medinsky.

Earlier, the director of the Russian Foreign Intelligence Service, Sergei Naryshkin, said that the United States and Poland are working on plans for Warsaw to establish control over its "historical possessions" in Ukraine.