Dolphins recognize their friends by the taste of their urine

Dolphins can recognize conspecifics they have already crossed paths with by the taste of their urine, in addition to their whistle, according to a study published Wednesday in the journal Science Advances. 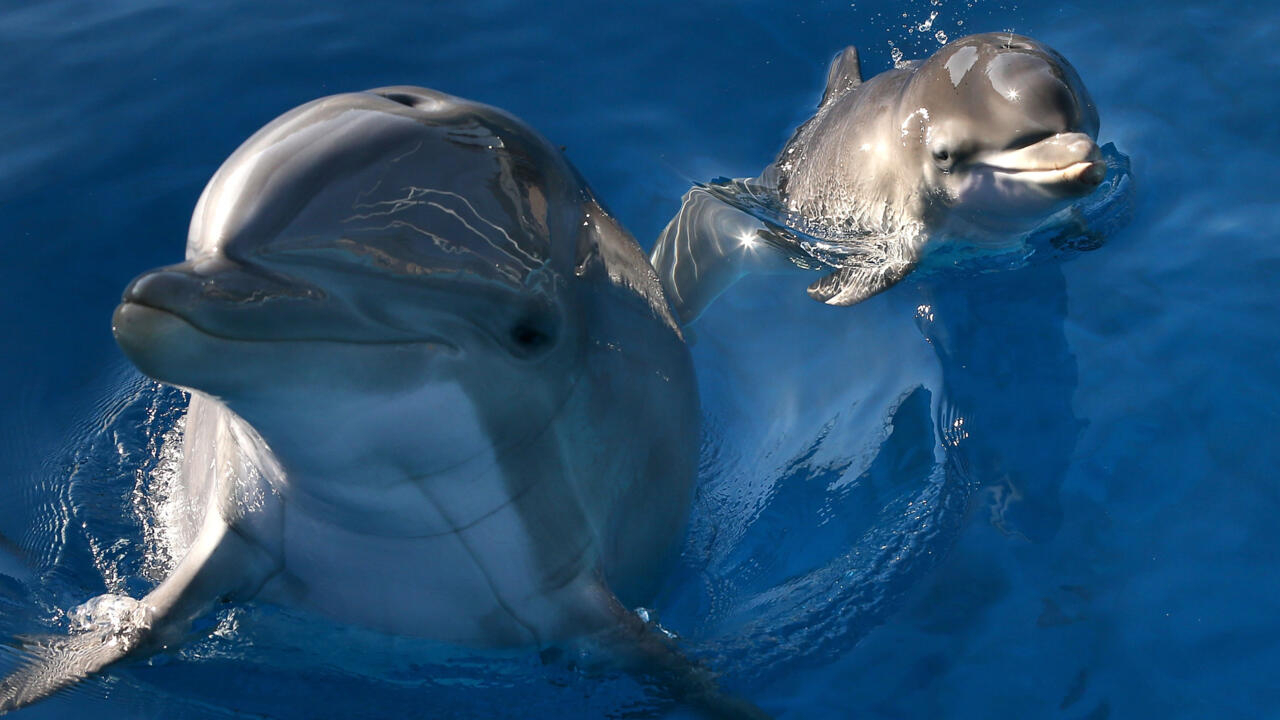 This work, carried out by studying the reactions of eight bottlenose dolphins (tursiops truncatus) in captivity, sheds light on a question that scientists have been asking for a long time, namely whether animals can categorize members of their species as "friends", like humans.

“In the ocean, it is difficult to find others, and hearing or smelling a familiar individual via taste is an important indicator” of being able to locate it, the authors of this study wrote.

Especially since urine has the advantage of persisting for a long time in water, even after the animal has left.

Much like dogs sniff each other when they pass each other, inspecting the genitals of other individuals is a common practice among dolphins.

This gives them the opportunity to taste each other's urine.

To find out if dolphins recognize their peers this way, scientists first trained other dolphins to voluntarily provide their urine, thanks to food rewards.

The samples were collected using syringes.

The researchers then compared the reaction of the eight dolphins (two females and six males) when either water or urine was poured into their tanks.

As a result, the animals spent twice as long analyzing urine as water.

In a second step, urine samples from familiar dolphins, and others from unknown dolphins, were tested: the individuals then spent three times more time tasting the known samples than foreign ones.

Dolphins have the particularity of each having a unique whistle, which they develop when young.

When pouring the urine, whistles of the correct dolphin that provided the sample, or of a completely different and therefore mismatched dolphin, were played.

When the whistle matched the individual to which the urine belonged, the dolphins spent more time near the loudspeakers, showing that this combination generated greater interest.

According to the authors, this study thus presents "the first case of identity perception by taste alone in animals".

They believe it's also "likely that dolphins can derive other information from urine, such as reproductive status."