Dadgostar: "We put ourselves in an addictive relationship"

Turkish President Recep Tayyip Erdogan has said no to Sweden's NATO application following accusations that Sweden is a sanctuary for terrorist Kurdish PKK. - It is very serious and that is exactly what we were worried about, says Nooshi Dadgostar (V) in Aktuellt. 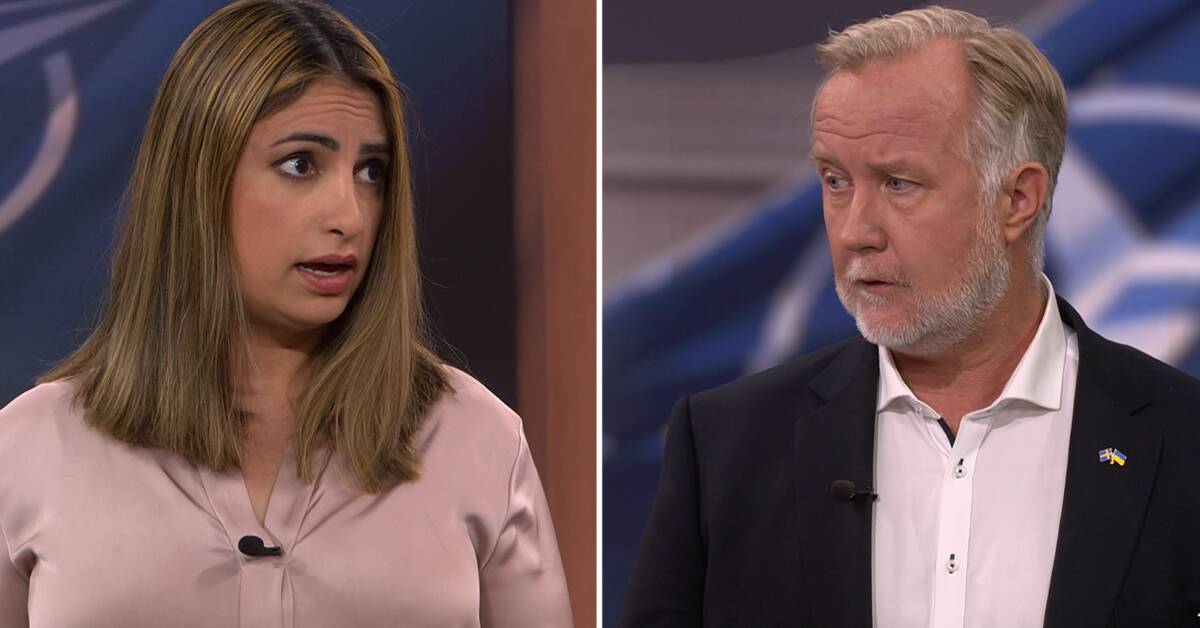 - We are in a relationship of dependence with an authoritarian regime like Erdogan who persecutes its own people, imprisones oppositionists and waged a war against neighboring countries.

He has ended up in a position where he can blackmail us - it is very serious, says the Left Party's party leader Nooshi Dadgostar in Aktuellt.

- It is we in Sweden who decide on our security and foreign policy and no one else.

But Johan Pehrson, the Liberals' party leader, believes that Erdogan's proposal is about taking home points ahead of the upcoming elections.

- He has an election movement ahead of him, a bad economy and his public support is failing.

He wants to use this opportunity to throw the spotlight on himself and perhaps demand services and support from NATO member countries, not least from the United States - this is a domestic policy game, I judge it as, says Pehrson.

Pehrson: "Must be prepared to give and take"

According to Johan Pehrson, Sweden will not make any concessions to Turkey, either when it comes to handing out people or lifting the existing arms embargo.

- The Liberals will never participate in it, he says.

But Dadgostar believes they will still be affected.

- We will need to take this type of authoritarian regime into account in the future.

We put ourselves in an addictive relationship, it is difficult to get away from it, says Dadgostar.

- All cooperation that contains something, which requires not to dance alone, it is clear that it affects Sweden in one way or another when we go into this, we must be ready to give and take, but that does not mean we are not alone in our criticism of Turkey, says Pehrson.