Croatian president speaks out against Finland and Sweden joining NATO

Croatian President Zoran Milanovic announced his intention to instruct Croatian Permanent Representative to NATO Mario Nobilo to vote against the entry of Finland and Sweden into NATO until the issue of reforming the electoral legislation in Bosnia and Herzegovina is resolved. 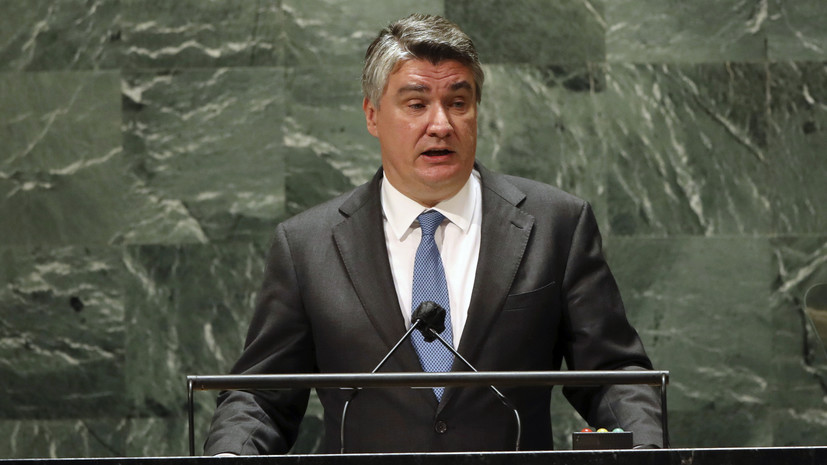 He said this at a press conference.

“What remains for me then is to write an instruction to the Croatian ambassador (at NATO about the need to vote against Finland and Sweden), to put him in an awkward position,” Milanovic said.

According to the Croatian leader, those who speak in Parliament against the ratification of the agreement on the accession of Finland and Sweden to NATO will be on the side of Croatia's national interests.

Prior to this, Turkish leader Recep Tayyip Erdogan said that Turkey cannot say yes to the membership of Finland and Sweden in NATO.