What is Africa's place at the 2022 Cannes Film Festival? The absence of an African director in the running for the Palme d'Or should not make us lose sight of the fact that Africa remains very present in… 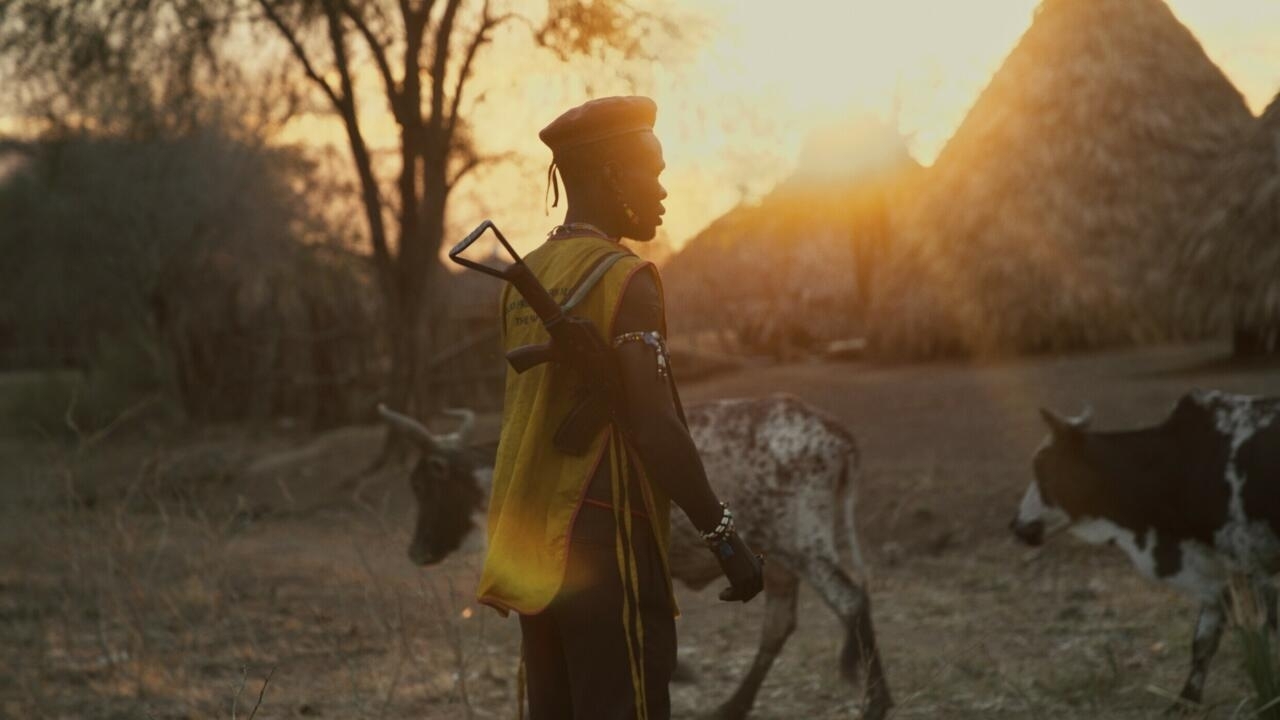 What is Africa's place at the 2022 Cannes Film Festival?

The absence of an African director in the running for the Palme d'Or should not make us lose sight of the fact that Africa remains very present in the official selection of this 75th edition, and beyond.

won the Grand Prix for

won the Palme d'or for his short film

I am afraid to forget your face

and Lingui by Chadian

were in the running for the Palme d'Or.

This year, no African film was selected in competition at the biggest cinema event in the world.

On the other hand, Africa remains omnipresent in the subjects treated, in connection with the African world: we talk about integration, the weight of religion, the challenge of reconciliation after a war, sexual identity, struggle for dignity, but also of the history of African cinema.

The first images shown on the big screen at the 2022 Cannes Film Festival came from Africa.

A few hours before the official opening of the 75th edition, the first film screened on Tuesday May 17 for the press was called

For the Sake of Peace

This documentary, programmed in a special session in the official selection, tells a powerful and poignant story in South Sudan, a country rarely seen in the cinema.

We meet Nandege, a young mother traumatized by the war, who has dedicated her life to her new mission: to become a mediator of peace in her country troubled by violence and war.

350,000 people have been killed since 2011, the year of independence for the youngest state on the planet.

With simple words, but full of empathy and hope, Nandege manages to reconcile two small communities of cattle herders, sworn enemies for generations.

In order to be able to pay the dowry for marriages, each tribe steals the cattle of the other, and, if necessary, also kills the men, women and children of the other camp.

As a result, assault rifles are almost as numerous as cows, and school and peace have become foreign words.

Despite its fragile appearance,

Nandege convinces the two heads of the communities to repent and embrace each other in front of their gathered communities during the peace talks.

Not easy when you hear one of the leaders say that he has killed in the last four years a thousand people, many of whom are members of the tribe on the other side of the Kidepo valley...

, who was honored yesterday with a Palme d'honneur for his exceptional career as an "

actor, filmmaker, Unesco ambassador for peace and reconciliation, citizen of the world

", does in this film two very short appearances.

At the same time, he occupies the main role.

Because he is the founder and president of the Whitaker Peace and Development Initiative Foundation.

Created ten years ago, the WPDI, dedicated to the promotion of peace, made it possible to produce this film directed by Christophe Castagne and Thomas Sametin, after other initiatives in African countries such as Uganda.

“Boy from Heaven” by Tarik Saleh.

Born in Stockholm, of Egyptian origin, he is the only filmmaker of African origin in the running for the Palme d'or 2022. © Atmo Righs AB

", the politico-religious fight in Egypt today

Tarik Saleh, born in 1972 in Stockholm, of Egyptian origin, will indeed be the only filmmaker of African origin in the running for the Palme d'Or, even if

, shot in Sweden and Morocco, was returned possible thanks to production companies based in France, Sweden, Morocco and Finland... Saleh's film focuses on the son of a fisherman who enters the prestigious Al-Azhar University in Cairo to speak through this personal destiny of the struggles of power between religious and political elites in contemporary Egypt.

The Cannes Film Festival 2022 opens, but towards what horizon?

In other words, after a dozen African directors in competition for ten years (including the Jury Prize in 2010 for

by Chadian Mahamat Saleh Haroun had paved the way for a revival of African cinema), we will always wait the second African Palme d'Or after that of the

Chronicle of the Burning Years of

the Algerian Mohammed Lakhdar-Hamina in 1975.

Nevertheless, on screen, Africa is very much in demand in the competition.

will tell us in her second film

the story of the African Rose who settles in the late 1980s with her two sons in the Paris region.

, a boy and a teenager, but this time in Belgium.

Without forgetting the fight between

of Arnaud Desplechin where Marion Cotillard will find herself in a very surprising way in Benin.

And then, despite everything, there is still a chance that an African director will win a Palme d'Or.

Ghanaian director Amartei Armar, 31, son of a Ghanaian father and an American mother, is in the running for the Palme d'or for short films.

is the testimony of a fisherman's son, Okai, haunted by the disappearance of his big brother at sea.

When Omar Sy embodies one of the "

In a completely different register, Omar Sy drew our attention as an actor and co-producer to the long-forgotten story of the Senegalese skirmishers in the First World War.

, a Franco-Senegalese co-production directed by Mathieu Vadepied, France's favorite actor, who has also become a Netflix star, tells the story of Bakara Diallo, enlisted in the French army in 1917 to find his son Thierno, recruited from strength.

The film will be screened at the opening of Un Certain Regard.

, the Moroccan actress and director takes us once again into the undergrounds of her country's society.

It is the story of a couple of man and woman put to the test by the homosexuality of the husband and the illness of his wife.

There will also be a modern parable about resistance.

, the first film by Lotfy Nathan, an American director of Egyptian origin, depicts the fight of a young Tunisian for his dreams and his dignity after the death of his father.

Reda Kateb will play student Malik Oussekine beaten to death by police in Paris in 1986. Presented in the Cannes Première section,

(who filmed in 2014 with Forest Whitaker), will look on this case which had also inspired Disney for its mini-series recently released online.

In Cannes Classics, Malian director Fatou Cissé will present her documentary on her father

Homage of a daughter to her father

will evoke the childhood, the youth and the cinematographic career of the Malian master, but also his family relations.

is presented in midnight session at the Cannes Film Festival by Adil el Arbi and Bilall Fallah.

The directors of Moroccan origin follow in the footsteps of Kamal, a young Moroccan from Molenbeek, who decided to go to Syria to help the victims of the war.

Kidnapped, he is forced to join an armed group... At the same time, his mother tries to dissuade Kamal's younger brother from becoming a jihadist.

But the presence of African cinema at the Cannes Film Festival is not limited to films.

At the International Pavilion, the Africas Pavilion (the s represents the inclusion of the African diaspora) invites for the third time to discover French-speaking and English-speaking African excellence in the film industry, with conferences, round tables and the unprecedented screening of

Haiti Is A Nation Of Artists

report on the cinema industry in Africa

Algeria, Sudan and Tunisia on the screens of La Quinzaine des Réalisateurs

At the Directors' Fortnight, Africa is represented by four films.

, by Moroccan Philippe Faucon, born in Oujda in 1958, talks about the early 1960s when the Algerian war dragged on and poor young Algerians joined the French army.

When the independence of Algeria approaches, the question arises of the future of the harkis.

The Lebanese Ali Cherri, visual artist and director based in Paris, sets up his camera in Sudan during the revolution.

In his first feature,

), he tells the story of Maher, a worker in a brickyard fed by the waters of the Nile.

At night, in secret, he builds a mysterious work made of mud.

When the Sudanese prepare to rise up for their freedom, his creation seems to come to life.

Tunisia is even represented by two feature films at the Fortnight.

Ashkal, the first feature film by Youssef Chebbi, born in 1984, is a metaphysical whodunnit where two cops discover a charred body, followed by a disconcerting investigation… And the Tunisian Erige Sehiri, known for her documentary

, released in 2018 , sends us into his first fiction feature film in the middle of the fig trees.

Under the fig trees

is a sentimental chronicle observing the evolution of relationships between young women and men during the summer harvest.

Fatou Cissé: “Tribute from a daughter to her father”, presented in the Cannes Classics section.