[LIVE] War in Ukraine: the fate of hundreds of fighters still uncertain in Azovstal

On the 84th day of the Russian invasion in Ukraine, this Wednesday, May 18, the evacuation operation of the last Ukrainian soldiers entrenched in the strategic city of Mariupol continued according to the President… 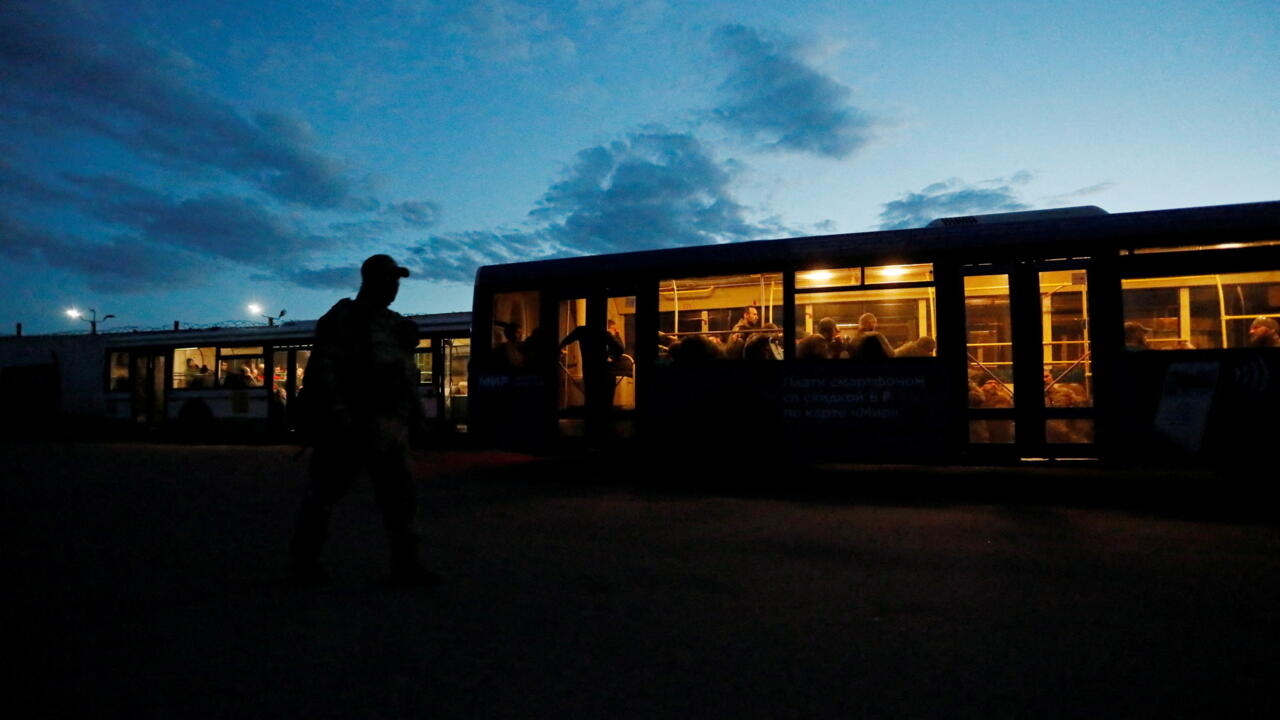 [LIVE] War in Ukraine: the fate of hundreds of fighters still uncertain in Azovstal

Members of the Ukrainian forces on a bus after their evacuation from the Azovstal plant in Mariupol arrive at a detention center in Olenivka, Donetsk region, May 17, 2022. REUTERS - ALEXANDER ERMOCHENKO

On the 84th day of the Russian invasion in Ukraine, this Wednesday, May 18, the evacuation operation of the last Ukrainian soldiers entrenched in the strategic city of Mariupol continued according to President Volodymyr Zelensky who did not specify their number.

► The Prosecutor of the International Criminal Court (ICC) announces the deployment to Ukraine of a team of 42 investigators and experts, the largest mission in terms of personnel ever sent on the ground, to investigate the crimes committed during the Russian invasion.

► In Mariupol, the "evacuation mission" of the soldiers still inside the Azovstal steelworks, the last stronghold of the resistance in this besieged city, "

", affirmed, without specifying the number, the president Ukrainian Volodymyr Zelensky on his website.

Moscow announced on Tuesday the surrender of 265 Ukrainian fighters, including 51 "

► Finland and Sweden must jointly file their NATO candidacies on Wednesday, the two Nordic countries announced, despite the lingering shadow of a blockage by Turkey.

4:20 am: "The evacuation mission" of Ukrainian soldiers entrenched in Azovstal continues

Ukrainian servicemen sit in a bus after being evacuated from the Azovstal steel plant in Mariupol, near a remand center in Olyonivka, in separatist-controlled territory of Donetsk, eastern Ukraine, Tuesday, May 17, 2022. AP - Alexei Alexandrov

” of the soldiers still inside the Azovstal steelworks “

”, affirmed, without specifying the number, the Ukrainian President Volodymyr Zelensky on his website.

In his daily video, Volodymyr Zelensky looks back on the telephone conversation he had with French President Emmanuel Macron on Tuesday.

We discussed the negotiation process with Russia and the evacuation of our heroes from Azovstal.

The evacuation mission continues, it is supervised by our military and our intelligence services.

The most influential international mediators are involved

Moscow announced on Tuesday the surrender of 265 Ukrainian fighters, including 51 "

", who had fallen back on this huge steel complex, the last bastion of resistance in this city ravaged by Russian attacks.

Ukraine assured last week that more than 1,000 Ukrainian soldiers, including 600 wounded, were there.

as quickly as possible

", for its part declared the Ukrainian Ministry of Defense, indirectly confirming that these men are well in the hands of the Russians.

04h00: Hello and welcome to this live

You can find our live yesterday by following