What would happen if a nuclear bomb exploded?

The American magazine Newsweek published a report on the danger of nuclear war, what would happen if a nuclear bomb exploded, its direct impact, and how long the radiation zone would extend. 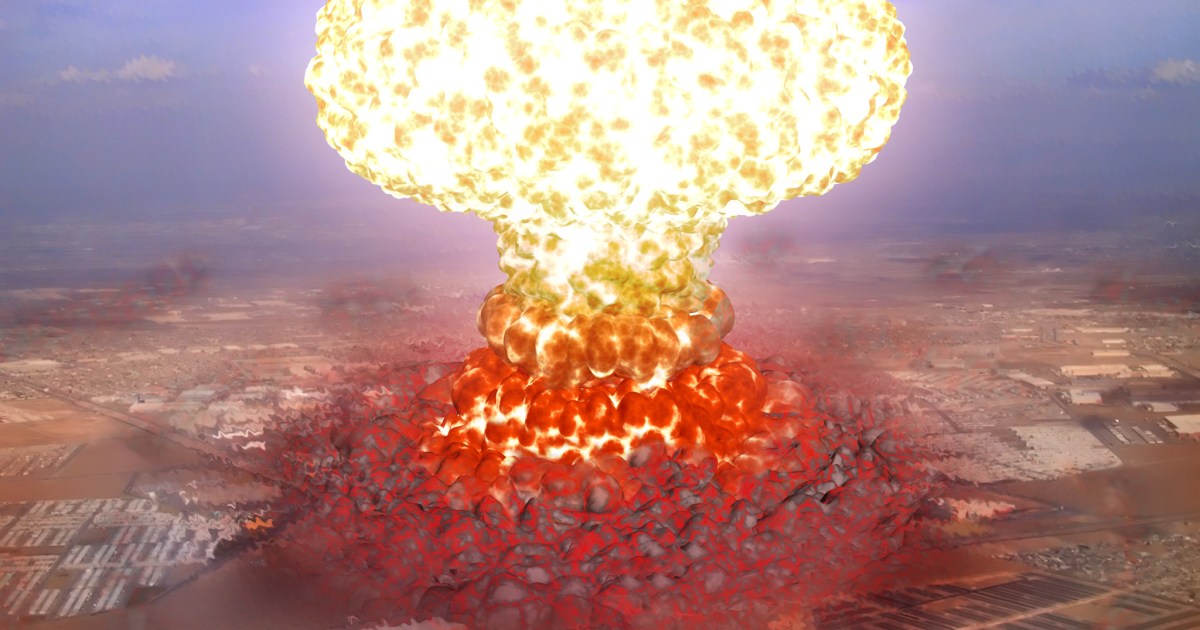 The American magazine "Newsweek" published a

on the danger of nuclear war, what would happen if a nuclear bomb exploded, its direct impact, and how long the radiation zone would extend.

The magazine used a design by Alex Wellerstein, an American nuclear weapons historian and associate professor at the Stevens Institute of Technology.

This design is called 'Newcomap', and it is a design for a simulator for a nuclear bomb explosion.

Newcomap includes a map where users can locate and model the local effects of the eruption, taking into account various factors;

Such as the force of the weapon and if the explosion was on the surface of the earth or in the air.

The simulation estimates the likely number of deaths and injuries from any explosion, as well as a rough model of where any nuclear fallout will spread and the dimensions of the blast cloud.

Describing the simulations, Wellerstein said the goal of the educational tool is to help people visualize the impact of nuclear weapons in simple terms in order to help them understand the scale of these explosions.

Willerstein explained to Newsweek that he created Newcomap because it is very difficult for anyone - even himself - to intuitively understand the scale of nuclear explosions, let alone the differences between different types of nuclear weapons.

The report stated that accurately modeling nuclear fallout is very difficult because there are many relevant variables, including the type of terrain on or over the detonation and weather conditions.

He explained that there are stages to the repercussions of a nuclear explosion, including the so-called nuclear fall, which is the "short-range" radiation or the radioactive remnants of the explosion that remain active for a few weeks or months after the explosion (as opposed to years), which "fall" from the explosion cloud, and that differs slightly About the instantaneous radiation produced when a nuclear weapon explodes.

On some uses of Newcomap's design, Wellerstein said it could be used to estimate what would happen to major cities in the United States.

He said - by way of comparison - if a nuclear bomb was detonated with the power of the notorious "Tsar bomb" developed by the Soviet Union in the mid-fifties and early sixties of the last century, the most powerful nuclear weapon ever created and tested so far;

The explosion yield would be equivalent to about 50 megatons of TNT.

Whereas, the bomb dropped by the United States on Hiroshima during World War II had an explosive yield of about 15 kilotons of TNT, which is 3,300 times less powerful than the "Tsar bomb".

Wellerstein emphasized that Newcomap had seen a "massive" increase in traffic since Russia began its massive "invasion" of Ukraine earlier this year, to the point that it had to upgrade and radically improve the server hosting the site.

He added that since last February, the site has been visited by nearly 9 million people, with more than 300,000 daily users on some days.

According to Hans Christensen and Matt Korda of the Federation of American Scientists, the largest warhead that can be sent on a missile in Russia is currently estimated to be 800 kilotons.

Wellerstein said he wouldn't be surprised if the Russians had gravity bombs in the megaton (billion kilogram) range, as the United States does.