The testimony of the repentant former gang members: "My first challenge was to stab a ñeta"

"My first challenge was to stab a ñeta." He was 14 years old and they gave him very clear instructions: he had to insert the knife well and turn it inside the... 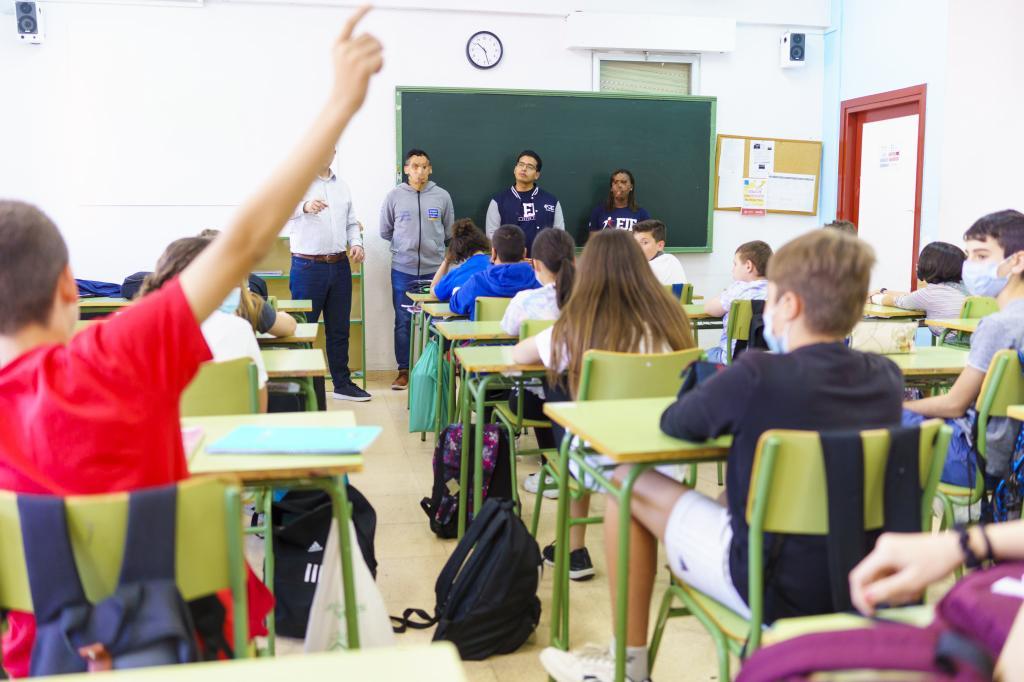 was to stab a ñeta

She was 14 years old and they gave her very clear instructions: she had to insert the knife well and turn it inside the body so that it would bleed.

That was how Kevin managed to get into the Latin Kings.

At first, everything seemed like a fun game: partying, drinking, girls, drugs... The gang leaders were the cool ones.

They walked down the street and people feared them.

He wanted to instill that respect, have that power

Be the fucking master.

Kevin was increasing his doses of violence to climb rungs on the ladder.

His obsession was to become

, one of the leaders of the Latin King.

But, as Santa Teresa said, more tears are shed for answered prayers than for unanswered ones.

And when Kevin got to be

, all hell began: «I started to know how the band worked inside.

If I failed in something,

my life was in danger

We had to collect the fees and send 2,000 euros a month to Barcelona to buy weapons and drugs.

The one who did not get the money, paid for it with a minute on the wall ».

The punishment was that the members of the gang could

hit the king with sticks and brass

knuckles all over his body, except his face: "The only thing you can do is cover yourself because you do

heard the chilling testimonies of Kevin, Jessica and Andrés [the first two names are fictitious because they are threatened], three ex-gang members who managed to escape the ordeal of these groups.

"Better than leaving a gang is not entering," explains Alberto Díaz, pastor of the Christian Help Center and coordinator of Fuerza Joven, a program that has assisted 300 young people to get out of the hole.

was on the verge of losing his daughter

, who fell into the hands of gang members.

The talks are intended to alert many young people who are attracted to this world.

For this reason, the Community Education Council works to

in the institutes to work on violent youth groups.

«We are going to remove the Latin adjective because people think that if it is Latino it will not touch them.

They handle a lot of money and we have no information on how they work, "says Isabel Serrano, head of the Ministry's Coexistence Unit.

"Marcos, do you know what reporting means?" the pastor asks a student.

When you enter a band, your time is no longer yours.

They force you to report.

If they summon you and you don't go, you have problems.

You lose your freedom.

You are not powerful but its slave

Your power of decision is annulled.

There comes a time when the gang turns against you.

They call you sapo, which means traitor.

And that, during the talk to the teenagers, the former gang members only told half of the ordeal they went through.

There are things he won't tell you.

His hands are stained with blood

a leader of Los Trinitarios

Her father mistreated her and she found an escape route in the gang, where she felt protected.

She had suffered bullying at school and thought that now the tables would be turned and she would be the one doing the bullying.

«He would leave a nightclub and, if he had no money, he would

hit a man to rob him

She went to squatters' houses and with other girls we beat up other young people.

If she saw a boy like you, she robbed him ».

Jessica started looking for girls for the other members of the band.

They were drugged and raped among several

«We brought them the knives because the police did not stop us.

I also made friends with Dominican Don't Play to get information out of them.

They found out and threatened me.

I had to leave the house armed and I was very scared.

Her boyfriend started abusing her and, when she got pregnant, he didn't want anything to do with her.

threw her fetus into a container

He still cries when he remembers that moment: «It was very hard.

I tried to kill myself five times », she recalls with a broken voice.

Andrés' body is stitched with scars.

Because being in a gang means entering

a vicious cycle of stabbing

One of them nearly cost him his life.

In a fight with the Latin Kings, he pulled out a knife and they beat him up and stuck a bottle in his neck.

Leaving the hospital, he took revenge and, together with his band, Usera City, cut another kid who was about to die.

The police arrested him and he spent a year in a reformatory.

He stuffed himself with pills to be able to sleep peacefully and began to hallucinate.

The three managed to get out of that hell in time and their message to the kids is the same: «If I had known,

I would never have gotten into a band

Why did I stab a boy I didn't know?

I've done a lot of damage and he had to be

to do everything I did, "laments Kevin.