Since the early hours of Monday afternoon, there are many people who have been approaching the vicinity of the Tarajal border to see up close how they are... 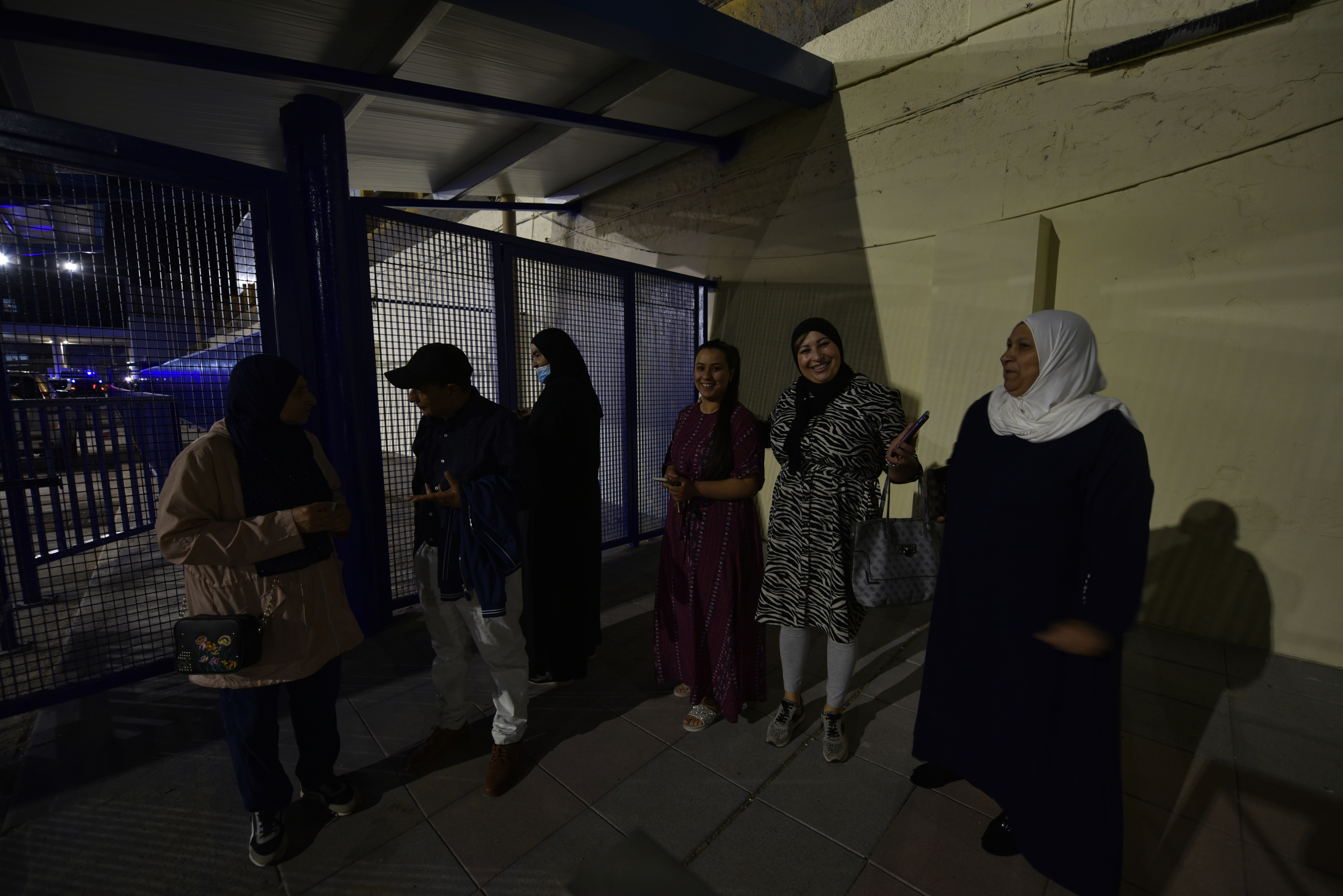 Since the early hours of Monday afternoon, many people have been approaching the vicinity of the

border to see up close how the work is being completed, against the clock so that the gates of the border crossing open at 00:00. .

Many people who were trapped after the closure two years ago, with a valid passport, were waiting for the time to cross and return with their loved ones.

The Ministry of the Interior has prepared an

so that at 00:00 hours on Tuesday everything is ready and this day can be carried out without any type of incident.

The device to control the entry of people has been reinforced by agents from the general immigration police station who arrived from Madrid.

, but it was not until this Saturday that it became official with the publication of two ministerial orders in the BOE that made definitive the opening of the border with Morocco in the autonomous cities.

A team of Red Cross health personnel has also arrived

remain at the border post 24 hours a day for three months.

It is a preventive health device, "and part of it we will be responsible for reading the QR codes of the diagnostic tests", confirmed

, the spokeswoman for the Spanish Red Cross in Ceuta.

The government delegate visited the facilities a few minutes before the opening where she met with the head of the National Police in Ceuta,

to see on the ground the police deployment that has made the reopening possible after two years of closure due to the pandemic.

At 00.00 hours the gates of the Tarajal pass were opened where several people were already waiting with the intention of crossing to the other side

"we haven't been able to see our families for two years, now we are going to enter even if it is to smell the smell of Morocco "

Said a young woman a few minutes before being able to cross to the other side.

First, a few motorcycles were already in the booths set up by the

for document control, after passing the exit process they have headed towards the entry area where the Moroccan border authorities.

Hundreds of people have come to the border of El Tarajal to celebrate the opening of the border, which is

cheers and songs of joy

have not stopped since a few minutes before midnight they opened the doors of blue gates that allowed the first people to pass from the autonomous city.

At the gates of the border,

formed among the crowd , one to the left of "curious", people who were only spectators, and another to the right, much smaller, of those who could not wait another minute. to reunite with their families.

"I'm going to see my family, my mother, my grandmother, my aunt. I haven't seen them for two years,"

, a young man cheering with joy.

There were also entire families,

was among the first in line with her four young children.

She is from Alicante but she has been in Ceuta for a few years: "we are going to see my mother-in-law by surprise, she doesn't know, she is going to cry", she told us without being able or wanting to hide her happiness.

Loaded with suitcases, this woman has dared to cross the border early in the morning, her husband is in Malaga working but she couldn't wait for the next day.

Among her children there is a

who still does not know much of her family, the part that is on the other side and with whom she will have a nice reunion today.

Cross-border workers will have to wait to enter Ceuta until May 31.

From now on, it only remains to know the terms of the agreement that will regulate the creation of commercial customs so that goods can transit to and from Spain.