The land borders between Morocco and Spain reopened overnight from Monday to Tuesday, after two years of closure due to Covid-19 and diplomatic quarrels. For now, only... 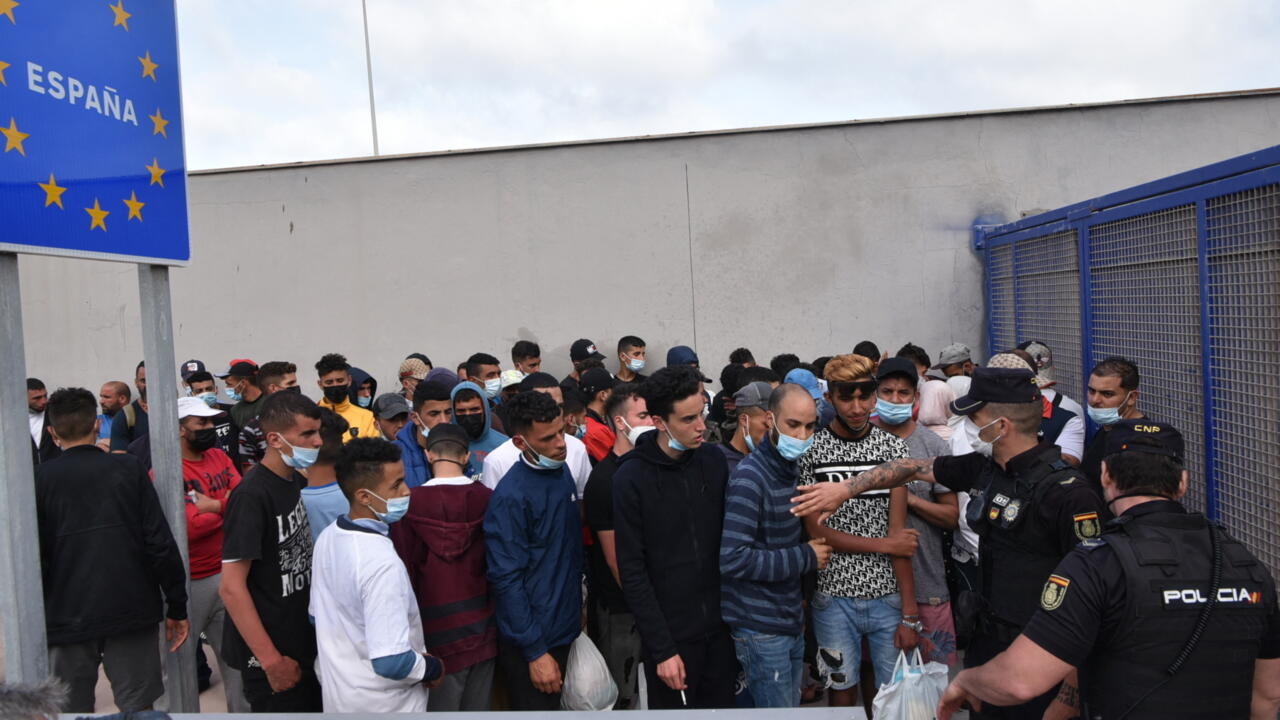 The land borders between Morocco and the Spanish enclaves of Ceuta and Melilla reopened overnight from Monday May 16 to Tuesday May 17 after more than two years of closure due to the Covid-19 crisis and a diplomatic quarrel recently cleared up.

The gates of the European Union's only land borders on the African continent opened shortly after 11 p.m. local / midnight Spanish time, letting through dozens of cars and queues of pedestrians in both directions.

At the Fnideq border post, cross-border workers do not hide their joy: ecstatic smiles light up the faces of the privileged who find their families on the Moroccan side, to the sound of dinghies, in a festive atmosphere.

"I was stuck for two years in Ceuta, I'm very happy to be back home," explains Nourredine, in a hurry to finally find Moroccan soil.

However, the reopening of the borders of the two enclaves, located in northern Morocco, opposite Spain, remains limited since it only concerns holders of passports and visas from countries in the Schengen zone.

Moroccan cross-border workers, exempt from visas to access Ceuta and Melilla, will still have to wait until May 31 to enter.

In addition, the Moroccan authorities have decided to prohibit the resumption of smuggling, tolerated until autumn 2019 between Ceuta and the Moroccan cross-border city of Fnideq.

This traffic irrigated the local economy but it deprived Moroccan customs of significant revenue: between six and eight billion dirhams (550-750 million euros) each year.

In order to put an end to it, the authorities of Rabat closed in October 2019 the crossing points dedicated to carriers of tax-free goods between the Spanish autonomous city of Ceuta and Moroccan territory.

To compensate for the end of smuggling, the Moroccan authorities inaugurated in February 2022 an economic activity zone (ZAE) in Fnideq.

This project, providing for the creation of more than 1,000 direct jobs, required an investment of 200 million dirhams (19 million euros).

The Ceuta and Melilla border crossings were closed during the first wave of the coronavirus pandemic in March 2020. The blockage continued due to the diplomatic crisis triggered a year ago between the two neighboring countries by their dispute over the disputed territory of Western Sahara.

Madrid put an end to this cold spell on March 18 after having made a spectacular turnaround and recognized the autonomy plan proposed by Rabat for this former former Spanish colony.