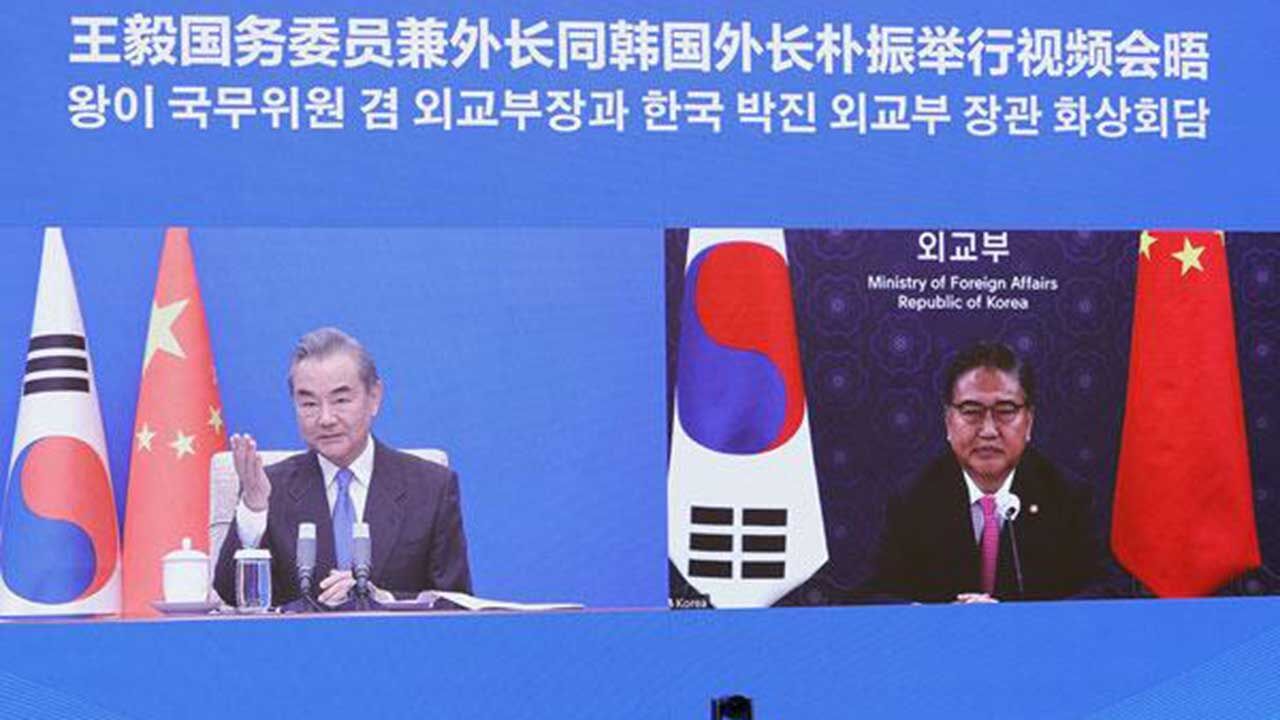 It is interpreted as a proposal to contain the move to strengthen the ROK-U.S. alliance.

In addition to normal diplomacy, he suggested that we use a dialogue system for each level to control conflicts.

In the era of US-China strategic competition, it appears that South Korea exerted indirect pressure to prevent it from participating in the US decoupling attempt with China.

"We must oppose the negative trends of decoupling and disconnection, and keep global industrial and supply chains stable and smooth," he said.

It is interpreted as a statement aimed at the situation in which the United States is trying to create a supply chain excluding China by launching an Indo-Pacific economic framework soon, and to make Korea a key partner in the strategic semiconductor and battery industries.

Third, he mentioned 'strengthening people-to-people exchanges and mutual communication with the public', especially to encourage friendship between the young people of the two countries and reduce misunderstandings.

It is also interpreted as expressing concerns about anti-Chinese sentiment in Korea.

It is also interpreted that it contains the intention that South Korea does not participate in the US Indo-Pacific strategy, which is focused on pressure on China.

It is said that this is a statement reflecting China's view that South Korea's participation in the U.S. integrity strategy, such as Ocus and Quad, is detrimental to regional stability.

"We must respect the mutual core interests between South Korea and China," Wang said.

(Photo = Captured from the homepage of the Ministry of Foreign Affairs of China, Yonhap News)