Argentina enters the fourth wave of the epidemic, South Korea detects a new subtype of the Omicron strain 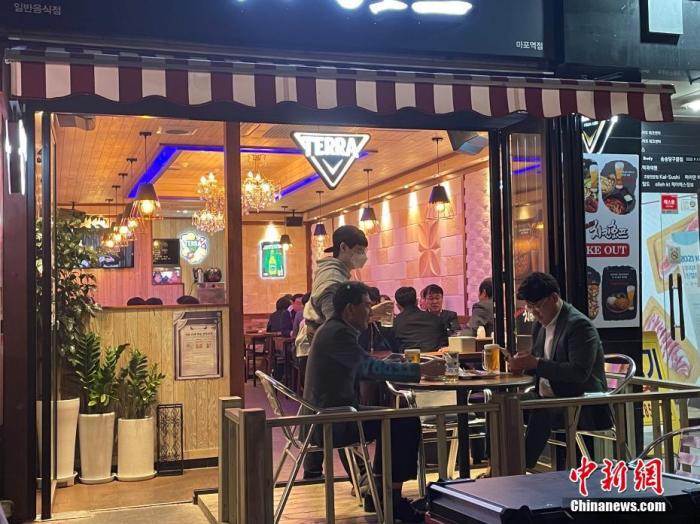 Data map: On April 18, local time, social distancing measures such as limited business hours for public gatherings in South Korea and restrictions on members of private gatherings, events and gatherings were fully lifted.

Restaurants, cafes, entertainment facilities, karaoke rooms, bathing centers, and gyms can all be open until the early hours of the morning.

The picture shows citizens dining at a restaurant in Mapo District, Seoul that night.

Americas: Argentina enters the fourth wave of the epidemic

According to Argentine media reports, Argentina's Health Minister Bisotti announced on the 16th that the country has officially entered the fourth wave of the new crown epidemic, but will not issue new restrictions on activities at this time.

Bisotti stressed the need to continue to advance Covid-19 vaccinations to prevent confirmed cases from turning into hospitalizations or deaths.

The report pointed out that the arrival of a new wave of epidemics is related to factors such as the highly contagious Omicron strain and the decline in immunity acquired by people through infection or vaccination.

The Argentine Ministry of Health reported on the 15th that 33,989 new cases were confirmed in the country in the past week, an increase of about 92.6% from the 17,646 cases in the previous week.

According to data from the Cuban Ministry of Public Health, in the week ending on the 15th, the country's newly confirmed cases fell to 609, and there were 2 new deaths. There were no deaths in the previous week.

Raúl Ginovat, dean of the School of Mathematics and Computer Science at the University of Havana, Cuba, said: "The incidence of the new crown is continuing to decline nationwide, immunity levels are expected to remain high, and the epidemic will continue to be controlled."

Officials from the Cuban Ministry of Public Health recently announced that a second booster dose of the new crown vaccine will be administered nationwide to high-risk groups and people over the age of 60, and a booster shot will be given to those aged 12 to 18 who have been vaccinated for six months.

According to data released by the French public health department on the 16th, as of the afternoon of that day, 5,936 new cases were diagnosed in France within 24 hours, with a total of 29,189,612 confirmed cases; 126 new deaths were added, and the total number of deaths was 147,478.

South Korea's Central Epidemic Prevention and Control Headquarters notified on the 17th that South Korea detected the first cases of new subtypes BA.4 and BA.5 of the Omicron strain.

In addition, South Korea reported 13 new cases of BA.2.12.1 infection of the Omicron subtype strain in the past week, bringing the total number of such cases to 19.

According to a report by Japan's "Daily News" website on the 16th, an investigation report recently released by Shizuoka Prefecture in Japan showed that there are significant differences in the sequelae caused by the Delta strain and the Omicron strain.

Africa: More than 10.87 million cases have been cured in Africa