“Convenient designs are being created”: how Russia and China want to be excluded from the APEC data exchange system

The United States, Japan, Canada, South Korea, Taiwan, the Philippines and Singapore are planning to create a new global data-sharing structure that will be closed to China and Russia. It is assumed that the new system will be used to exchange information both with other members of the Asia-Pacific Economic Cooperation (APEC) and with states outside this forum. According to some reports, it is also planned to revise the APEC cross-border privacy rules. Experts note that Washington and its allies want to isolate Moscow and Beijing in this way, but it will be almost impossible to achieve this. 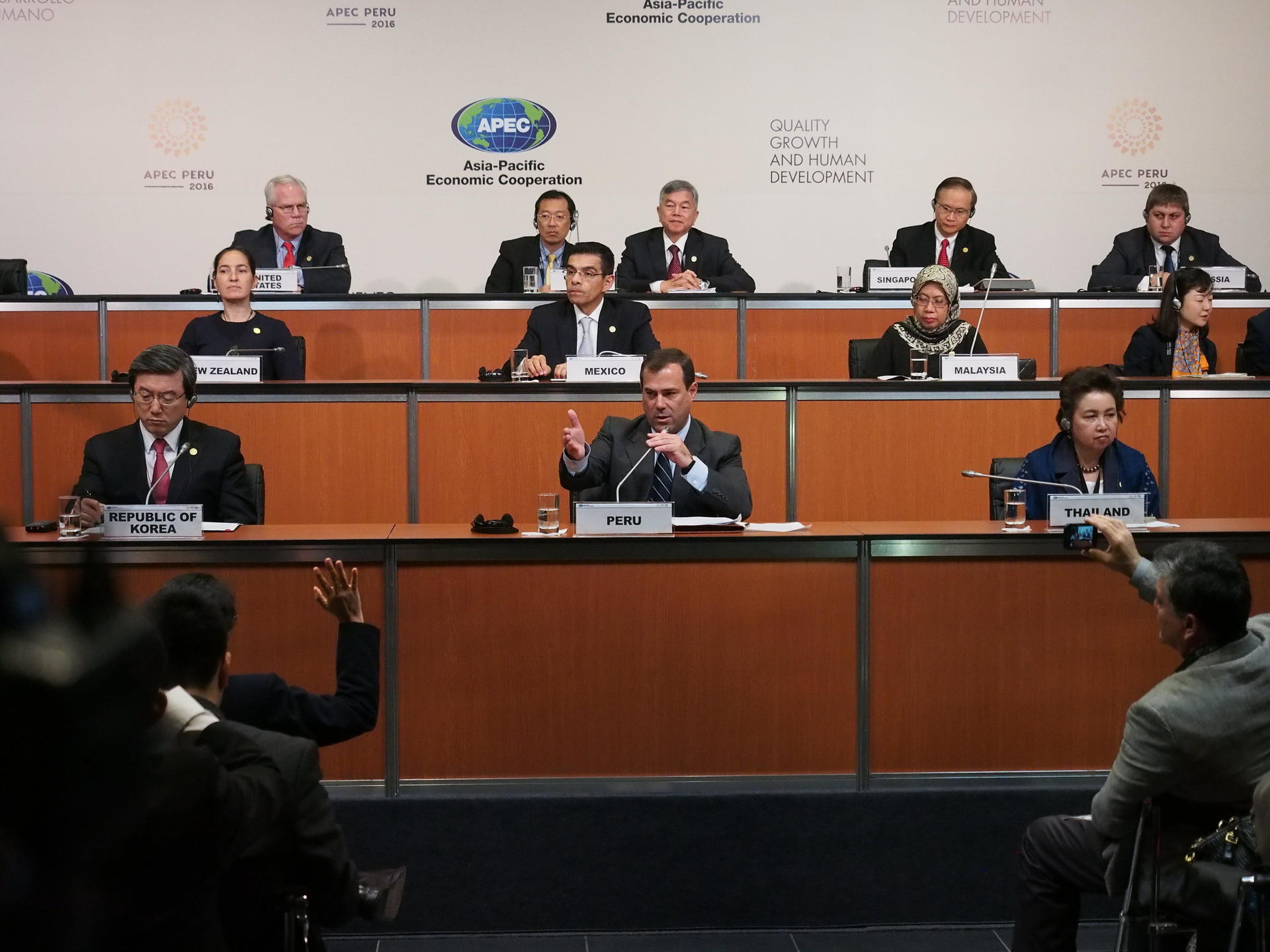 Seven members of the Asia-Pacific Economic Cooperation (APEC) - the United States, Japan, Canada, South Korea, Taiwan, the Philippines and Singapore - are planning to create a new global data-sharing structure that will be isolated from Russia and China, writes the Japanese business newspaper Nikkei.

The publication notes that these parties are interested in organizing a scheme parallel to the System of Cross-Border Privacy Rules (CBPR), which is now used in APEC.

The new structure will be independent of the association and will "actively allow for non-APEC participation," according to the Nikkei.

“Because Russia and China are members of the Asia-Pacific Economic Cooperation forum, concerns have arisen about the flow of personal data.

The new rules create a framework for members to trust each other.

The plans include the inclusion of non-APEC countries, including the states of South America.

Recall that the Asia-Pacific Economic Cooperation Forum was established in 1989 at the initiative of Australia and New Zealand.

Its main objectives are to deepen economic integration, expand trade and enhance economic growth in the Asia-Pacific region.

APEC is not formally an international organization, as it does not have a charter.

The Forum works by consensus and acts as an international advisory body for the discussion of economic issues.

After the admission of Russia, Peru and Vietnam to APEC in 1998, a ten-year moratorium on further expansion of the forum came into force.

It was extended in 2007, and in November 2021, Ambassador-at-Large of the Russian Foreign Ministry, Russia's senior official in APEC, Kirill Barsky, said that the moratorium had acquired an indefinite character.

“There is no question of APEC expansion.

Some time ago, a moratorium was introduced in APEC.

At first it was calculated for a certain period of time.

But after this time, the positions of the APEC economies on this issue have not changed.

Therefore, there is such an understanding that this moratorium is valid in APEC indefinitely, ”TASS quotes Barsky.

The Russian diplomat stressed at the time that the forum faced tasks of a different nature than increasing the number of its participants.

It is worth noting that after the start of the Russian special operation, the Ukrainian ambassador to Malaysia and permanent representative to the Philippines Oleksandr Nechitailo called for Moscow to suspend its membership in APEC and ASEM (the Asia-Europe forum), as well as to exclude it from the dialogue partnership with ASEAN (Association of Southeast Nations). Asia).

At the same time, the countries of the Asia-Pacific region that are members of these associations were divided in their attitude towards pressure on Moscow in connection with the special operation.

So, during the voting at the UN General Assembly on a resolution calling for an immediate cessation of hostilities, and then during the voting on Russia's participation in the UN Human Rights Council, a number of states supported the adoption of documents, a number abstained, some voted against the second resolution.

Vladimir Bruter, an expert at the International Institute for Humanitarian and Political Studies, believes that the process of creating a new data exchange system was initiated by the United States and imposed on satellite countries in the Asia-Pacific region in order to try to cut Russia and China off from APEC.

“The goals are clear.

There will be no positive changes in the West's policy towards China and Russia, ”the RT interlocutor emphasized.

However, complete isolation of Moscow and Beijing will not be achieved, Bruter believes.

“Already now we see that the United States and Western countries are far from getting everything on the issue of international isolation of Russia.

They have difficulties, ”the expert noted.

In turn, Director General of the Center for Political Information Alexei Mukhin stressed that the United States has long been trying to erode the systems and platforms of international cooperation formed after the Cold War, including in the Asia-Pacific region.

“This is not the first such initiative and not the first attempt to create new international formats that would be more loyal to the United States.

Work is currently underway to form a new position in relation to Russia and China.

For this, convenient structures are being created outside the framework of already existing international formats with the involvement of other states, including in Asia, ”the expert noted in a commentary to RT.

He also expressed the opinion that now it would not be possible to isolate Beijing and Moscow from the rest of the APEC members, especially at the same time.

But there will be attempts.

The degree of cognitive deficiency in our Western partners sometimes takes on acute forms, ”said the analyst.

At the same time, APEC states that want to continue cooperation with China and Russia will benefit much more from new opportunities than countries that follow the US, Mukhin said.

“The Russian Federation and China will certainly continue trade and political relations with the countries of the region.

Moreover, the military-political component of cooperation will also be strengthened.

That is, the effect will be exactly the opposite.

Western partners will knock out funding from their congresses and parliaments for the creation of such new systems and structures - we are talking about a rather utilitarian interest, ”concluded the political scientist.