A day before the anniversary of the May 18th Democratization Movement, an eve event is being held in Gwangju at this time. A reporter is out in Geumnam-ro, Gwangju. Reporter Ki-tae Kim, please tell us about the situation on the eve. 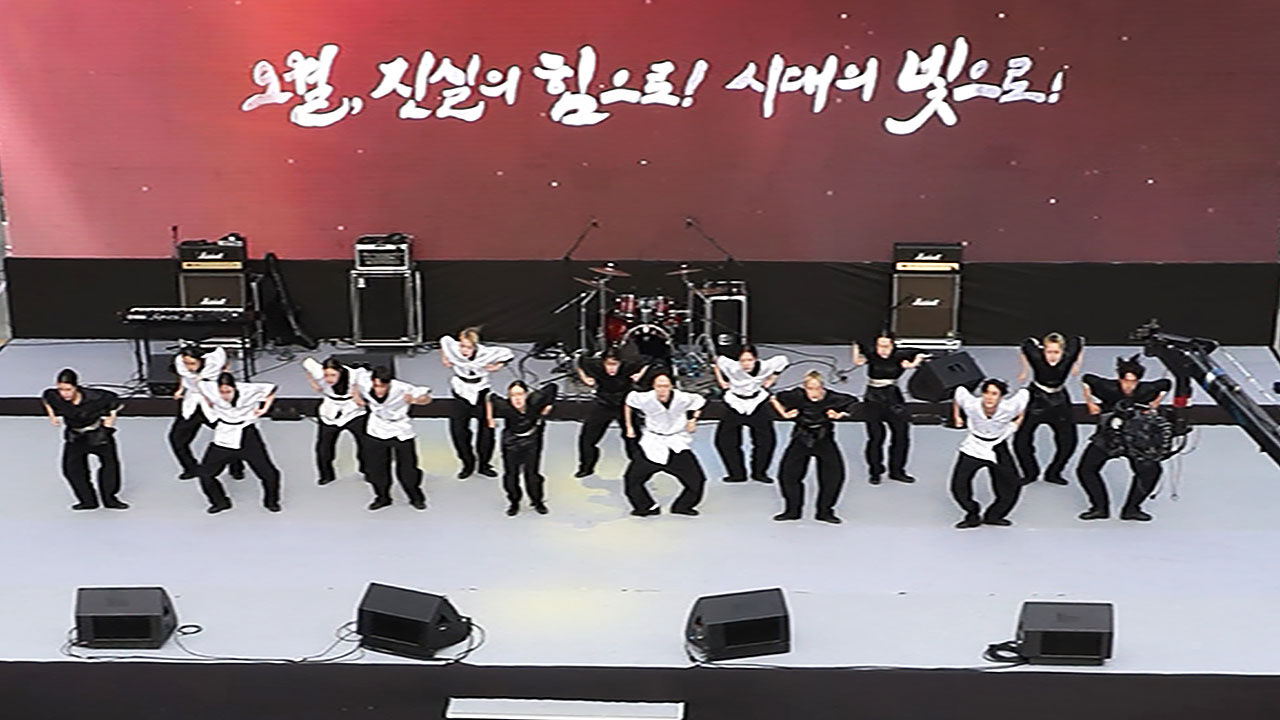 day before the anniversary of the May 18th Democratization Movement, an eve event is being held in Gwangju at this time.

A reporter is out in Geumnam-ro, Gwangju.

Reporter Ki-tae Kim, please tell us about the situation on the eve.

Yes, this is Geumnam-ro, Gwangju, where the 5/18 eve festival is being held.

The performance of the May Mothers' Association, which is now struggling to restore the former Jeollanam-do Provincial Office, ended a little while ago, and now, the remarks of the participants of the eve festival continue.

The 5/18 eve event was canceled or reduced in the aftermath of COVID-19, but this year, it was fully revived for the first time in three years.

An event reenacting the street march that started at the main gate of Chonnam University was also held throughout Geumnam-ro, and the bereaved families of the 5/18 victims made rice balls and distributed them to the citizens as they did on that day 42 years ago.

Yes, a large number of Democrats including Lee Jae-myung, the head of the local elections, attended the eve event here.

Chairman Lee visited the Gwangju National May 18 Democracy Cemetery earlier, and in the morning visited Jeonju, North Jeolla Province, and spent the whole day in Honam to strengthen his support base.

Will President Yoon Seok-yeol and all of the People's Strength lawmakers attend the May 18 commemoration tomorrow?

Yes, President Yoon Seok-yeol, the presidential secretary, and almost all of the People's Power members attend the May 18 commemoration ceremony.

Tomorrow morning, I will take the special KTX train from Seoul Station to Gwangju.

At this commemoration ceremony, all the participants sang the 'March for Immortality', which was controversial in the past in the conservative government over whether it was a chorus or a chant, and the format.

A key official at the presidential office explained, "President Yoon is trying to show the sincerity of integration and cooperation through his participation in the 5/18 commemorative ceremony."