Zalmay Khalilzad considered that Putin failed in his initial plan to "invade" Ukraine and decided to content himself with half of what he was looking for, adding that if current trends continue, Putin is likely to face 3 tough options soon. 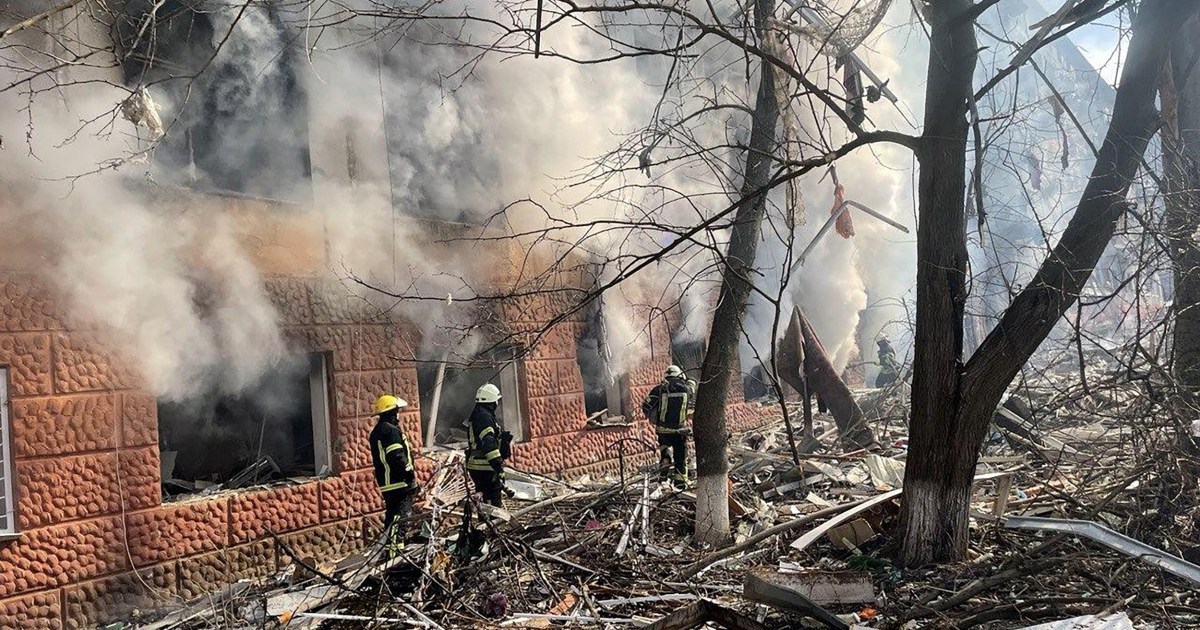 Afghan-American diplomat and foreign policy expert Zalmay Khalilzad considered that Russian President Vladimir Putin failed in his initial plan to "invade" Ukraine, and now decided to make do with half of what he was looking for, adding that if current trends continue, Putin is likely to soon face 3 tough options. .

on the American website "The National Interest" that Putin's failure is manifested in the battlefield in eastern Ukraine, and the persistent fierce Ukrainian resistance in Mariupol has become a source of embarrassment for Russia, and its morale and determination are still high, and the assumption has been proven wrong. Russia's assumption that the West would remain out of the conflict was similarly wrong.

He added that Putin thought he had carefully timed his invasion of Ukraine, wrongly judged that the US presidency was weak, that the American public was too war-weary to intervene in Ukraine, and believed that NATO was torn apart. He could not muster a unified response, but all of his assumptions were wrong.

It now appears, according to the writer, that things will get worse for Russia, and Putin will likely soon face 3 tough options:

The first option is to

stick to its current style for the foreseeable future in the hope that Ukrainian morale will be eroded and destroyed over time, and that the West will tire of supporting Ukraine.

Khalilzad commented that such a "hope-based" approach is not likely to turn the tide of the war into a Russian victory. Rather, it is more likely to leave Russia stuck in a Ukrainian quagmire, similar to what happened to the former Soviet Union in Afghanistan, and resentment will only grow. War with increasing losses and increasing burden on the Russian economy, in short, it is an unpromising option for Putin.

: for Putin to decide on escalation, annexing Donbass similar to Crimea, declaring war in defense of Russian territory, ordering a general mobilization, or carrying out a conventional strike against a neighboring NATO country with the aim of discouraging further material support to Ukraine, and it would be the most dangerous form One form of escalation is a limited nuclear strike against Ukraine, a NATO country, or the United States.

The writer noted that there are supporters within Putin's circle of advisers for such a measure.

He asked: But is that possible?

It seems conceivable that the Russians might consider using a nuclear weapon against an isolated Ukrainian military target.

The goal of such a strategic strike would be to terrorize Ukraine, and most importantly to frighten the Europeans that the war has become too dangerous, and to make all sides willing to seek an end to the war on terms acceptable to Russia.

Khalilzad commented on this option as the most dangerous for Putin and would not fit the pattern of Russian military behavior, and although US intelligence does not see any Russian preparations for such an attack, Putin has threatened it and it cannot be completely ruled out.

: is Putin's acceptance of a political settlement, yet the writer says that America does not know whether the Russian president realizes the extent of his miscalculations, or whether he is clearly aware of his military failure.

What should America do?

Khalilzad says that America and its allies must seek to deter the Russian escalation, and if deterrence fails, it must be prevented from succeeding, and this means continuing to stand by Ukraine, supporting it and increasing it, and declaring its rejection of any annexation.

With regard to deterring the use of nuclear weapons against Ukraine, Washington should point out that such a move would lead to retaliation such as the obliteration of a Russian military formation in the Black Sea or the targeting of a large Russian ground formation in Ukraine.

These responses need to be reviewed and prepared.

The United States should also make clear that a nuclear strike would result in the complete international isolation of Russia, including by China, India, and other countries who have hitherto been reluctant to fight Putin.

On the military front, any use of nuclear weapons should lead to Ukraine providing weapons that have been suspended until now, to include combat aircraft, as well as a reconsideration of the establishment of a no-fly zone over the controlled areas.

On the economic front, the use of nuclear weapons should isolate the remaining parts of the Russian Central Bank from the SWIFT system, and impose a complete ban on the import of Russian goods and services including oil and gas.

The writer expressed his refusal to support the continuation of the war with the aim of ending Putin's rule, saying that the pursuit of this outcome will prolong the war, divide the alliance, undermine international support, and escalate the conflict.

He said the least risky option for ending the war was to help Putin come to terms with his military defeat.

He and his team must understand that while the failure of this military adventure is difficult to accept, matters will only get worse if it continues and will be devastating if it escalates;

The message is that it is time to cut his losses.

He must realize that in the event of an escalation, regime change may be on the table.