Ukraine: in the Kharkiv metro, hundreds of refugees for months

In Ukraine, the noose is loosening around Kharkiv. There is less bombardment around the country's second-largest city, but residents whose homes were destroyed by the war are staying... 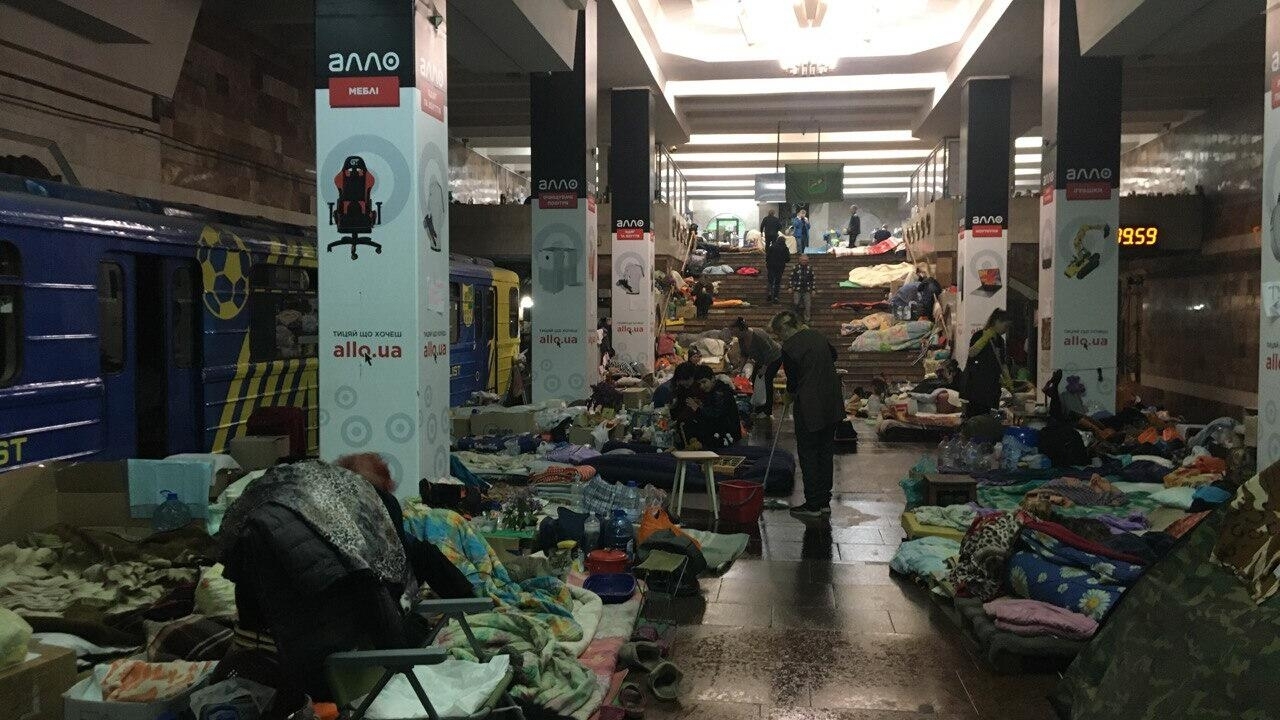 Ukraine: in the Kharkiv metro, hundreds of refugees for months

Hundreds of people still live in the Kharkiv metro, where they took refuge after the Russian invasion.

In Ukraine, the noose is loosening around Kharkiv.

There is less bombardment around the country's second city, but the inhabitants, whose homes were destroyed by the war, remain in their hundreds taking refuge in the metro.

They are often the most precarious, who have nowhere to go.

With our special correspondents in Kharkiv,

Sitting on a mattress with her small dog, Elena, 49, watches a video of her family on her mobile phone, crying.

It's her birthday today, and she misses her children.

They went abroad, but for her part, she has to stay in Kharkiv, because her own parents are stuck in a village occupied by the Russians.

I can't leave my parents.

If I left them, it wouldn't be right.

I'll be really happy when we're all together.

Elena celebrates her birthday in the Kharkiv metro, where she has been living since her apartment was damaged by shelling.

Elena and most of her companions in misfortune stay in the subway, despite the crowding, because they don't know where to go.

Their accommodation was destroyed by the bombardments.

This is the case of her neighbor, who has been living in a subway car for two and a half months.

We no longer have an apartment, it has completely burned down.

And since we no longer have a job, we have no money to rent another accommodation.

It is the most precarious who stay in the metro.

It's too noisy, there are a lot of people and not enough air here

Hundreds of people still live in the Kharkiv metro.

Even if the bombardments have subsided, they no longer have habitable accommodation.

Zoya has decided to go home, even though her apartment no longer has windows.

As she gathers her things, she breaks down: “

I want to ask Putin, why is he doing this to us

The old lady is exhausted.

Like many here, they have been living underground for almost three months.

All of our daily, live coverage of the war in Ukraine.

►To re-read: In the Kharkiv morgue, the bodies of Russian soldiers sent to Moscow