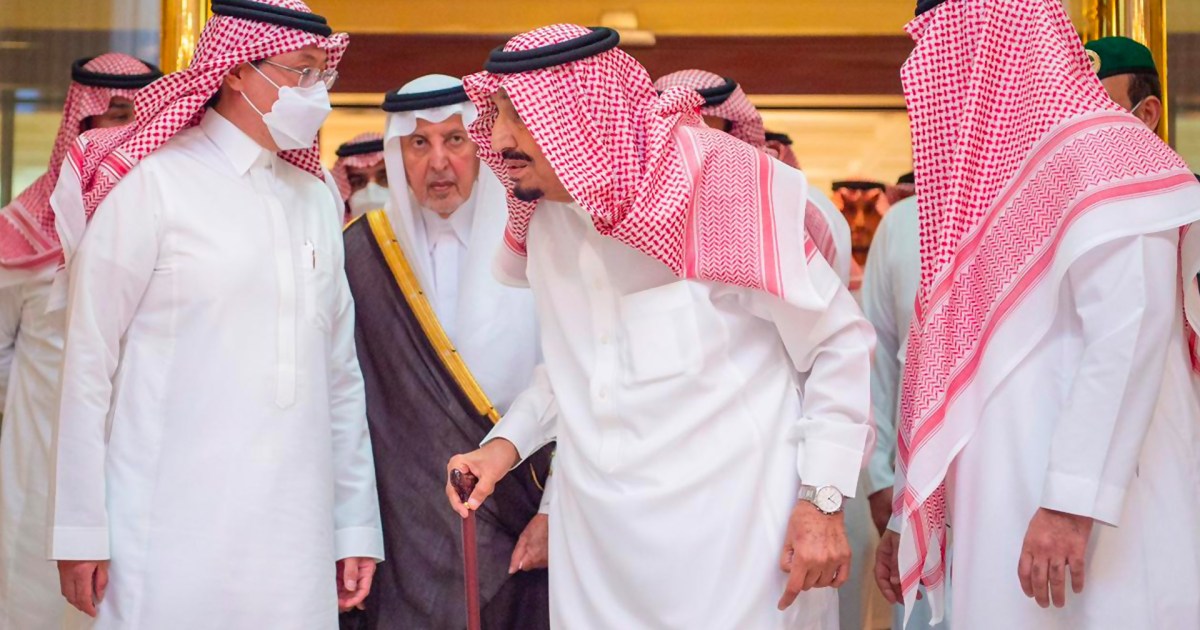 This came in a statement by the Diwan, carried by the Saudi Press Agency, that a week after the king performed a colonoscopy on May 8, and the result was "sound", a medical decision was issued for King Salman to stay "some time" to rest in the hospital.

Saudi television broadcast a video clip late on Sunday showing King Salman, 86, walking slowly, leaning on a stick, with Crown Prince Mohammed bin Salman and officials at his side, before being transported in a car.

And the royal court had stated in a statement a week ago that King Salman had performed a "colonoscopy, and the result was correct," adding that "the medical team decided to stay ... in the hospital for some time to rest."

It is noteworthy that King Salman entered the hospital in Riyadh on March 16 to undergo “medical examinations” and “change the pacemaker battery,” according to the Saudi Press Agency.

King Salman was born on December 31, 1935 in Riyadh, the 25th son of the founder of the Kingdom of Saudi Arabia, King Abdulaziz Al Saud.

He was pledged allegiance to the king in January 2015 after the death of King Abdullah bin Abdulaziz.