Roland-Garros: Nadal, until when stronger than pain?

For more than fifteen years, Rafael Nadal has learned to live with a "chronic and incurable" disease in his left foot. See you soon 36 years old, and while the pain has sharpened as Roland-Garros approaches… 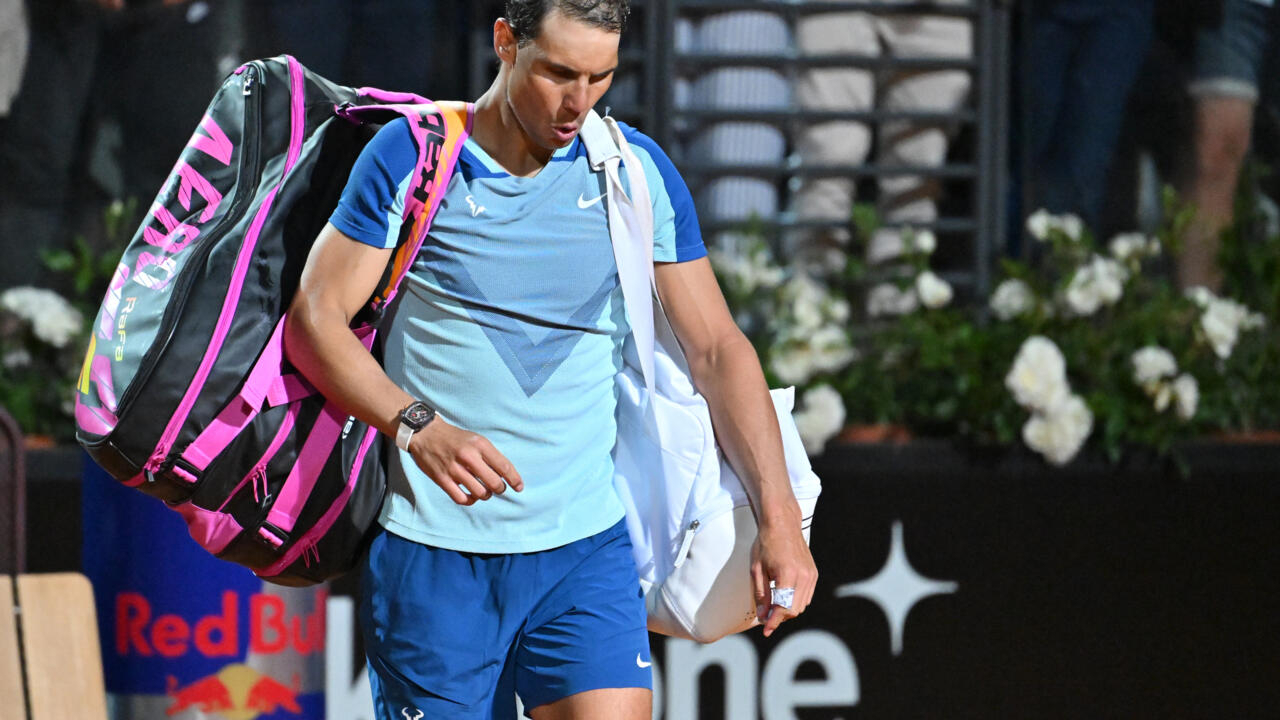 On his beloved land, the Spaniard with a record 21 Grand Slam trophies - including 13 in Paris - arrives at the most precarious dynamic of his exceptional career: having launched his season on ocher later than ever, only at the beginning of May. , the fault of another injury (fatigue fracture to a rib in mid-March), with only five matches (three wins and two losses) in the legs, and no final reached, a first (2020 season upset by the Covid-19 set aside).

"I didn't get injured. I'm a player who lives with an injury. Nothing new": this is how Nadal, betrayed once again by his left foot in Rome last week, sums up his case.

"It's always there. Sometimes more, sometimes less. Today was crazy," he admitted after his round of 16 loss against Denis Shapovalov (1-6, 7-5, 6 -2), where he was seen limping and grimacing in the second half of the match.

In detail, the Majorcan has suffered since 2005 from osteonecrosis of a foot bone, the scaphoid (Muller-Weiss syndrome).

A degenerative disease "chronic and incurable", he hammered in Madrid in early May.

Often, Nadal tends to evacuate the subject in front of journalists.

Conversely in the Italian capital, he dwelt on it and opened up about his painful and exhausting daily life, well beyond tennis.

"I play because it makes me happy, but at some point pain takes that happiness away from you, not just in tennis, but in everyday life, loose 'Rafa'. My problem, for some time now, is c is that there are many days when I live with too much pain."

"I love what I do, competition, it gives me unforgettable moments, but also a lot of days when I'm unhappy," he insists.

"I don't want to play the victim, I'm just trying to be as clear as possible: tomorrow (last Friday), I'm going to wake up in an impossible state, he described on the evening of his elimination from Rome. "I live on a ton of anti-inflammatories every day to give me a chance to train. Otherwise, often I can't. If I don't take them, I limp."

"It's difficult to train for several days in a row. To be competitive at the highest level, you have to move well, and I'm not able to work on that, continues the Spaniard. Sometimes it's difficult to 'accept the situation.'

How much longer will he hold the shock, he who has come up against repeated injuries throughout his career?

Without going back any further, his foot has already deprived him of the second half of 2021.

"As long as I bear it and my head will accept the challenge, Nadal replies. There will come a time when my head will tell me + basta + I guess. Because you can't live continuously suffering so much on a daily basis."

“It gets difficult,” he admits.

Rafael Nadal takes a break during his marathon match against Belgian David Goffin in Madrid, May 5, 2022 JAVIER SORIANO AFP / Archives

In the meantime, "Rafa" remains "Rafa", with the fierce determination that goes with it, and Roland-Garros - where his doctor will accompany him - his second home.

"What will happen in two days or in a week, I don't know," Nadal said.

But "I'm not going to stop believing in it or fighting to give myself a chance. I'm going to approach things in the best possible way so that if there's a remote possibility of success in Paris, I'm mentally ready to grab it," he said.

"If there is a glimmer of hope, it's that I was playing at my best level since my return from injury," he remembers his start to the match against Shapovalov.

"My head remains ready to accept the situation and to tackle the challenge, I believe. I continue to believe that I will have my chances, affirms Nadal. The only thing is that my foot must allow me to play."