The Russian president has warned the West that Russia will respond if NATO starts bolstering the military infrastructure of Sweden and Finland. But Putin assures that no... 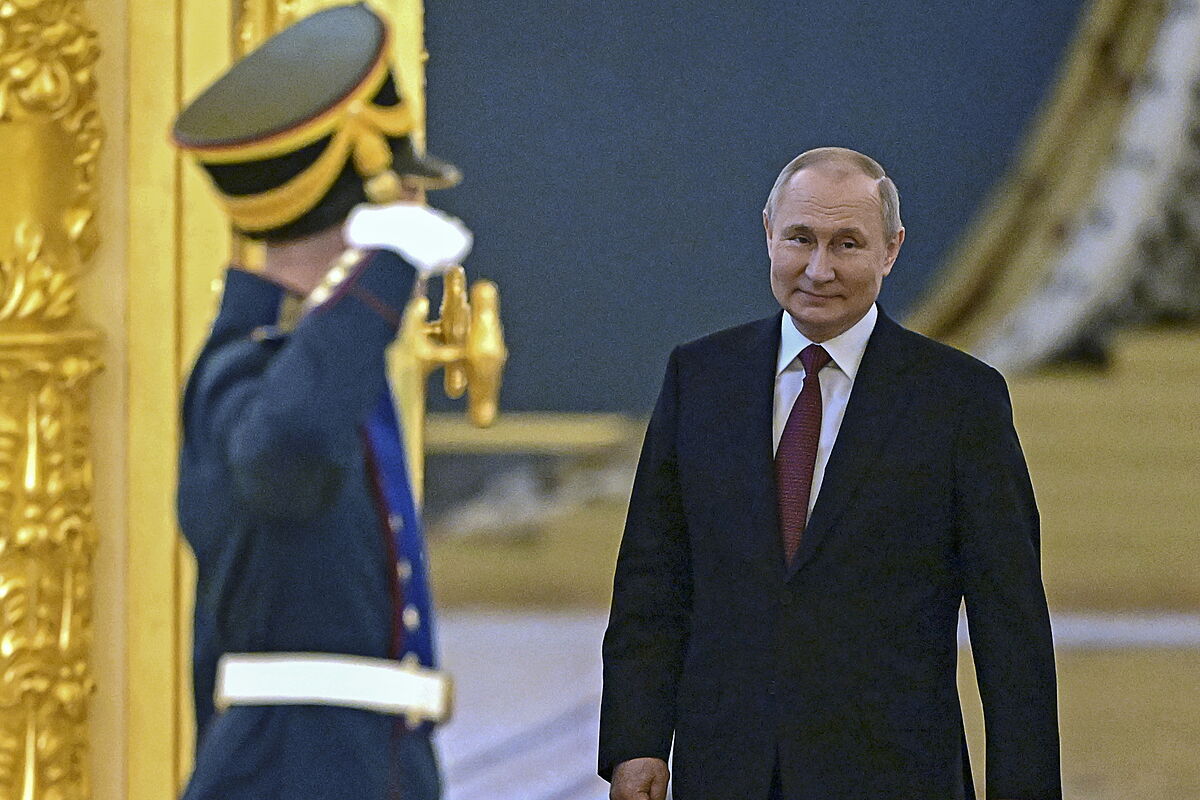 The Russian president has warned the West that

will respond if NATO starts bolstering the military infrastructure of Sweden and Finland.

But Putin assures that he has no problem with these two Nordic countries, which decided to join the military alliance after Russia's attack on Ukraine.

"As for [NATO's] expansion, including through new alliance members, Russia has no problems with these states," the Russian leader said.

"Therefore, in this sense, expansion at the expense of these countries

does not pose a direct threat

To date Moscow has given few clues as to what it will do in response to this NATO enlargement.

He began by simply saying that there will be a "military-technical response."

The same language he used before he brought his troops into the Ukraine.

Today Putin has given no clues as to how Russia might respond this time.

"We will see how it will be based on the threats that may be created for us," Putin said.

"Actually, the problem is being created from scratch," believes the Russian president.

"We will react accordingly to this," he assured.

"In addition to this endless expansive policy, the North Atlantic Alliance is also going beyond its geographical destiny, beyond the Euro-Atlantic, trying to become more and more actively involved in international affairs and to control the international situation in terms of security; and also influence, and not in the best way, in other regions of the world", criticized the Russian leader.

"This certainly requires additional attention on our part," he added.

that will increase military tension.

The Kremlin spokesman, Dimitri Peskov, warns that this expansion of NATO would not strengthen Europe's security.

It is above all the entry of Finland that changes the panorama for Moscow.

The extension of the border that Russia shares with NATO would almost double after adding the 1,300 kilometers of the Finnish border.

Despite its relatively small population, Finland is a major military power that has aligned itself with the West for decades without making the move to NATO.

Its military has for years used equipment purchased from the United States that is compatible with that of its NATO allies, meaning it could easily join joint missions.

Ever since Finland and Sweden raised their entry into NATO, there have been concerns about how Moscow might react.

in the Russian enclave of Kaliningrad, as Putin's entourage has suggested.

But his warning of a "military technician" response has raised fears of an attack during the NATO entry process: a scenario that has already come true in Ukraine.

Putin's words today seem to clear that first scenario, that of causing some problem to the new partner before he can join.

Other analysts have pointed out that

Or simply increase their intelligence operations against the country.

Finland was part of the Russian empire for more than 100 years before gaining independence in 1917.

The Soviet Union invaded Finland in 1939

and seized more than 10% of the country's territory before a peace agreement was signed in 1940. During the Cold War Finland was officially neutral, but remained under the influence of its neighbor and forged close ties with the Soviet Union.

On Sunday, the Finnish government officially confirmed that it will seek NATO membership,

The Swedish Government today officially announced, after a debate in Parliament, its decision to apply for NATO membership.