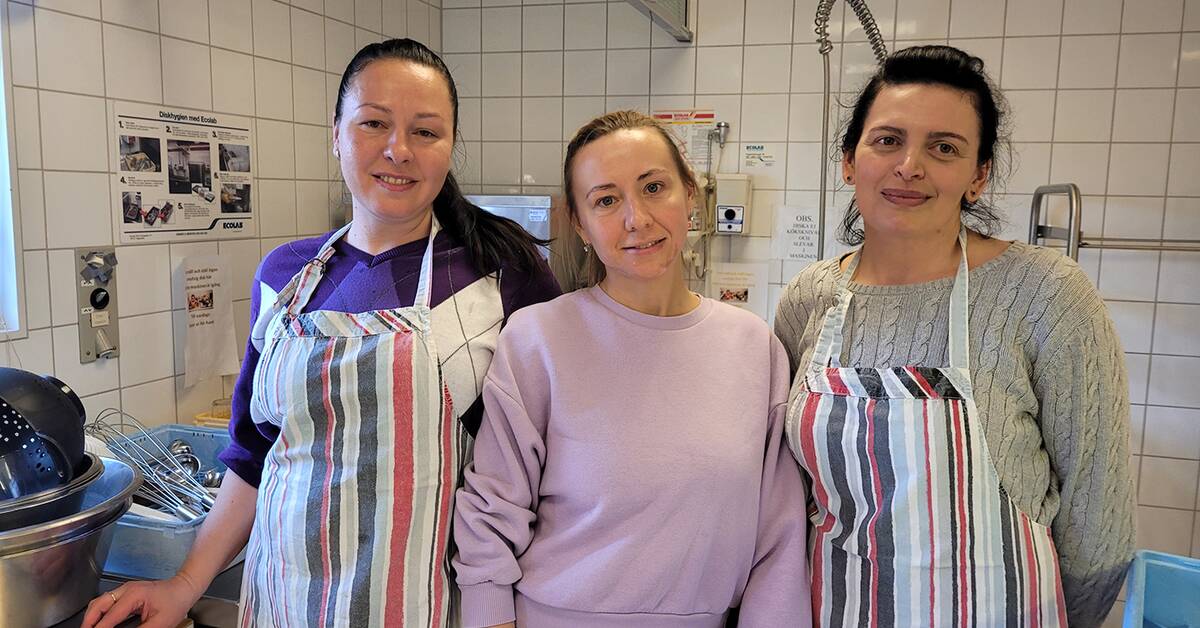 In mid-March, the small municipality of Grästorp in Västra Götaland made a quick decision to pick up Ukrainian refugees at the Polish border with Ukraine.

Two buses were sent and returned with 72 Ukrainians, mainly women and children.

One of those who came then was Svetlana Kozachycheva.

- We got on the buses and had no idea where we were going.

But now we are very happy that we are here, she says.

Here they meet every Thursday to cook and meet Grästorp's residents.

- Everyone is very kind here, they really make an effort so that we do not get bored, says Ekaterina Bondar and laughs.

In the kitchen, Natalie Kralevich is writing a list of ingredients.

Next week, borscht, a traditional soup, will be served.

Deacon Eva Lundell is responsible for purchasing the ingredients.

- It is no problem to communicate.

We talk via mobile apps and gestures, says Natalie Kralevich.