France: from Matignon, Borne dedicates its journey "to all little girls"

Elisabeth Borne, 61, spoke from the steps of the Hôtel de Matignon, this Monday, May 16, after her appointment as head of the French government by President Emmanuel Macron. The new… 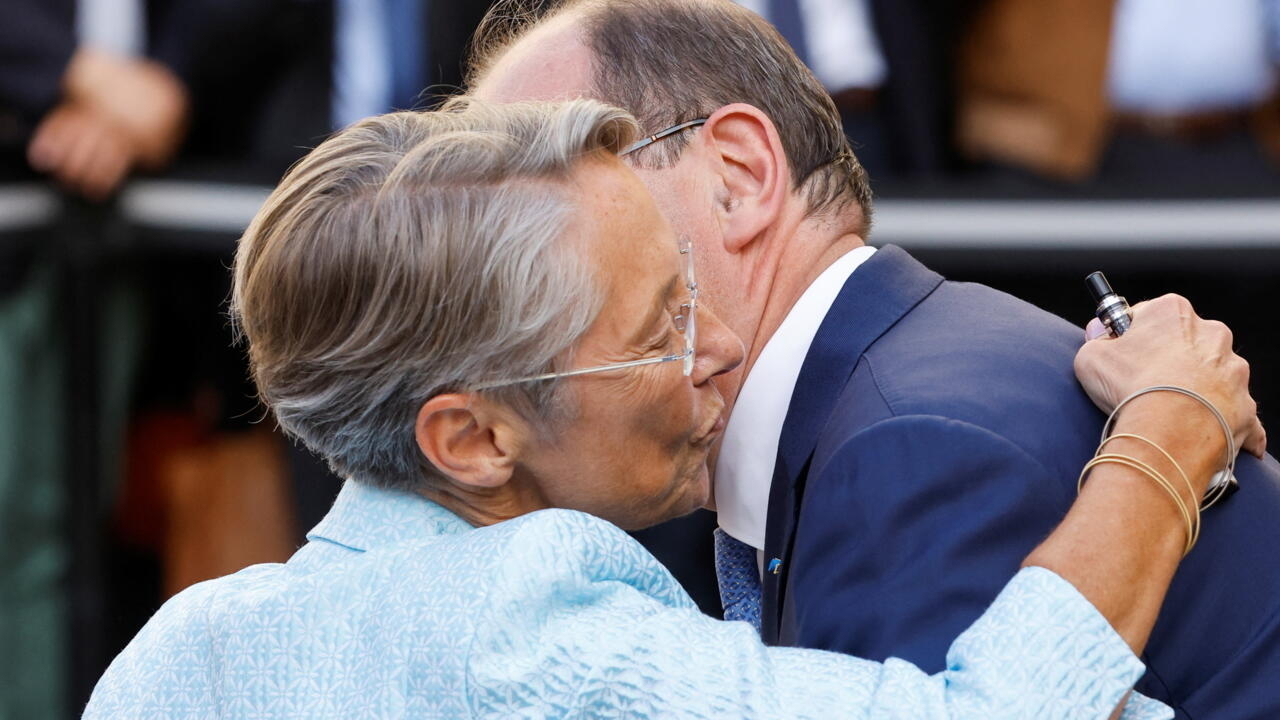 France: from Matignon, Borne dedicates its journey "to all little girls"

Elisabeth Borne, 61, spoke from the steps of the Hôtel de Matignon, this Monday, May 16, after her appointment as head of the French government by President Emmanuel Macron.

The new Prime Minister stood alongside her predecessor Jean Castex, as tradition dictates.

The handover with outgoing Prime Minister Jean Castex, who had presented his resignation to the Head of State in the afternoon, took place shortly after 7:30 p.m. (Paris time).

Elisabeth Borne hailed Edith Cresson, the only woman to have held these positions between 1991 and 1992, and dedicated her own appointment "

to all little girls

Go after your dreams

On the political side, the new French Prime Minister has declared that she wants to “

” on the climate front.

But beforehand, she paid a long tribute to her predecessor.

We share the conviction that public policies must be built through dialogue.

Dialogue with elected officials, with social partners, with associations, with whom we have worked tirelessly over the past few months.

And then, even if we come from different political families, I think that we are also attached to the general interest, to the cohesion of our country, to equal opportunities, and I was able to measure that, particularly in the projects that we have carried out together for young people.

So you can count on me to continue on this path, in the face of the many challenges that you have mentioned, which are ahead of us.

I am thinking in particular of the international situation, but also of the climatic and ecological challenge.

Following a two-way exchange in the Prime Minister's office, it was Jean Castex who spoke first in the Matignon court.

Agence France-Presse described him as "

I will take a step aside, leaving national political life in which I finally entered only a little by breaking and entering in July 2020

", he confided in front of the staff.

In this context of the Covid, "

I tried (...) to lead the boat in completely exceptional circumstances, with a single objective: to protect, appease, explain, gather, federate

Outgoing French Prime Minister Jean Castex delivers a speech alongside his successor, former Labor Minister Elisabeth Borne (R), during the handover ceremony in the courtyard of the Hotel Matignon, in Paris, on 16 May 2022. REUTERS - POOL

After paying tribute to Jean Castex on Twitter, President Emmanuel Macron for his part welcomed the arrival of Elisabeth Borne at Matignon.

And to recall the priorities he assigned to it.

The Head of State believes that the Prime Minister will have to work alongside him on ecology, health, education, full employment, democratic rebirth, Europe and finally the safety of the French.

Édouard Philippe, then Jean Castex, both presented the profile of elected officials from the right (Les Républicains) without any government experience.

Madame Borne has one, and comes from the left.

Advice from Jean #Castex to his replacement Elisabeth #Borne: "don't forget those millions of Fr that we don't hear on social networks or on the sets" @RFI pic.twitter.com/GIXZdHMgss

Élisabeth Borne is a minister promoted within Macronie, for the most part French.

We did not go looking for a symbol, someone who would come as a reinforcement with a strong political identity, either from the right or from the left.