European Cups: three French clubs in the finals, a good for a bad?

Three French clubs, La Rochelle, Toulon and Lyon, qualified for the finals of the European Cup and the European Challenge on May 27 and 28 in Marseille: good news for French rugby… 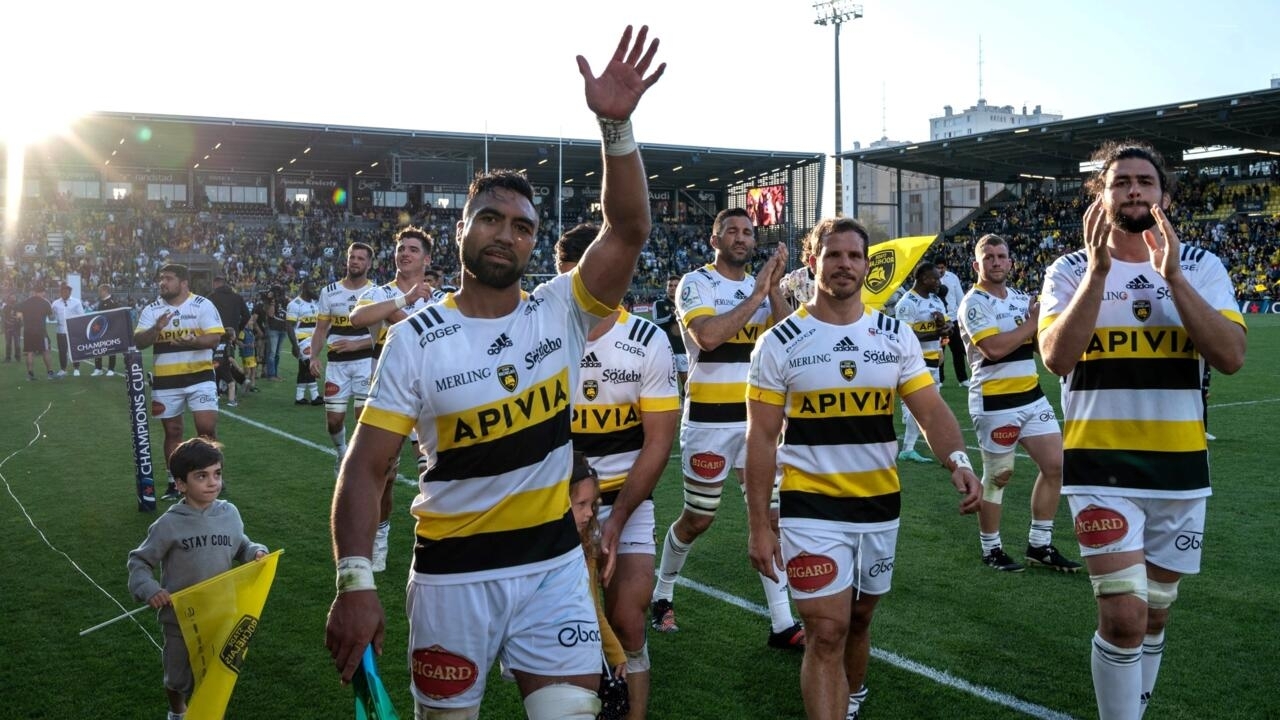 For the Maritimes, this second straight final in the European Cup, against the Irish ogre of Leinster, is a good thing first of all for the club, which is being offered a new opportunity to hang on its jersey its first star and to join the "Europeans" Brive, Toulon and Toulouse, to date the only three teams in French rugby to have won a continental crown.

It's also a good thing for the La Rochelle workforce as some of the artisans of its last three superb seasons, including Victor Vito, Ihaia West and Dany Priso and Jules Plisson, are about to leave the club.

"Farewell" on a European title would have cachet.

Lyon and Toulon will face each other in the final of the European Challenge.

Admittedly, this is only the "small" European Cup but it does not appear on the list of either club.

It is even the first European final for LOU Rugby.

Other side of the coin: these three clubs, to which are added the unfortunate semi-finalists Toulouse and Racing, will have chained quarter-finals and European semi-finals before playing, next weekend, the penultimate day of the Top 14, where they are still in contention for the first six places, synonymous with presence in the final phase.

They will switch back in stride to their finals at the Vélodrome and then they will have to return without breathing on the national scene on June 5, for a last day of the Top 14 crucial as the top of the classification is held in a pocket handkerchief (seven points separate the 1st, Montpellier, from the 7th and first non-dam, La Rochelle).

Lyon center Loann Goujon makes a pass during the Top 14 match between Lyon and Montpellier at the Gerland stadium on April 30, 2022 in Lyon JEFF PACHOUD AFP / Archives

The tunnel therefore promises to be very long, especially since the arrival of hot weather, as was the case on Sunday at the Bollaert stadium for the La Rochelle-Racing 92 semi-final (20-13), dulls the organisms and tires bodies already worn out by an extended season, especially for internationals.

In Lens, several players had to leave with injuries: Ibrahim Diallo, Finn Russell, Tawera Kerr-Barlow... The day before in Dublin, Toulouse's Rodrigue Neti was seen on crutches after the heavy defeat against Leinster (40-17 ).

The captain of Racing 92, Gaël Fickou, who wore a coquard on Sunday evening, admitted that "the heat (had) weighed", even if it was out of the question to find there an "excuse" for the defeat.

"Of course it's going to be hard (to continue on the trip to Montpellier on Saturday, editor's note)", added the center of the Blues.

"(Our opponents) will have rested but we have to get up, there are harder things in life."

For Ugo Mola, the manager of Stade Toulousain, "we don't have too much time to think, we just have to be in the action and in the capacity that we will have to be as fresh as possible".

"We have no choice (...) Do you want to lower your head and have a shitty season, or do you want to get up and go for something big?", continues Fickou .

In the coming weeks, a considerable mental effort will be required of the players.

The manager of La Rochelle Ronan O'Gara even launched, after the victory of his Maritimes on Sunday, that the reception on Saturday of the French stadium, yet 11th in the standings, was akin to "another final".

The problem is that depending on the state of their infirmaries, some clubs will be able to afford to “rotate” during the next two championship matches when others have no choice.

Laurent Travers, the manager of Racing, has made the accounts: by combining the championship, European Cup and international meetings, he arrives at 42 matches over the season.

"If you don't have a squad that allows players to regenerate...", he breathes without finishing his sentence.