Can Turkey block the entry of Sweden and Finland into NATO?

Recep Tayyip Erdogan takes a dim view of the integration of Sweden and Finland into NATO. The Turkish president accuses these two Nordic countries, in particular Sweden, of serving as a refuge for “terrorists”… 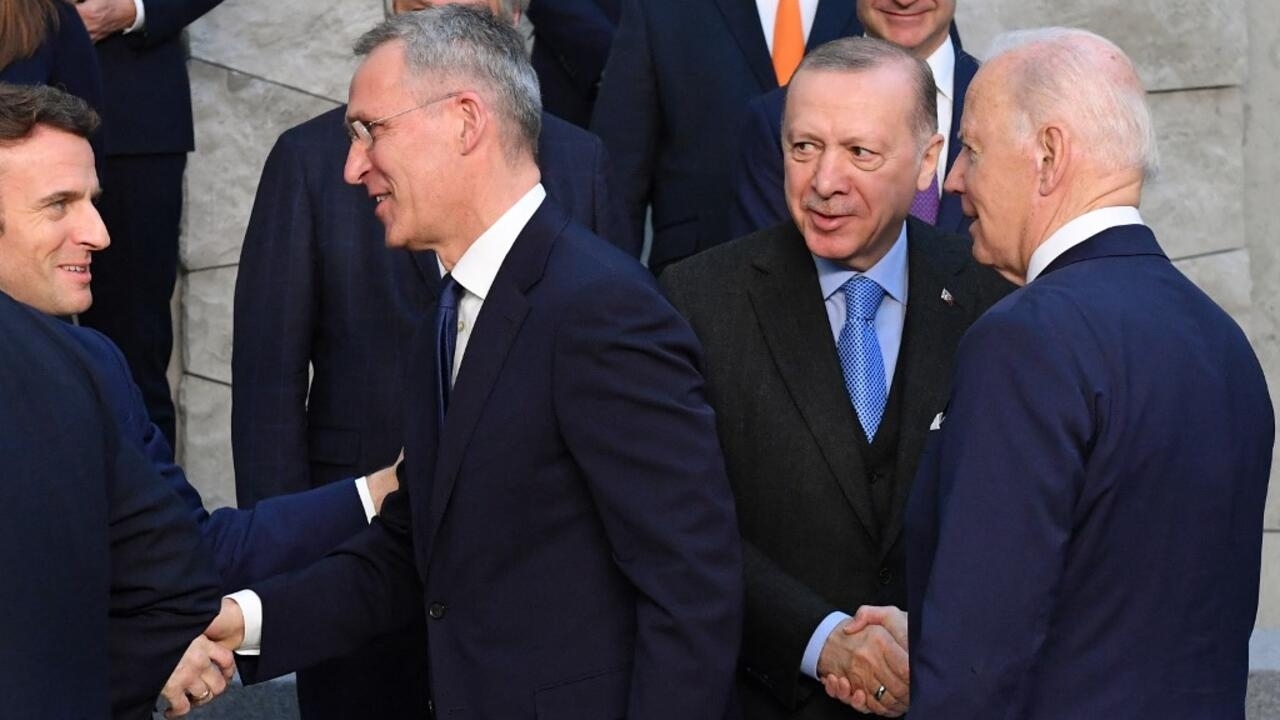 Within the North Atlantic Organization (NATO), Turkey is definitely not a member like the others.

After buying an anti-missile system from Russia in 2019, or even supporting Azerbaijan in the Nagorno-Karabakh conflict, Ankara is once again going it alone by indicating its hostility to Finland and Sweden joining.

"We are closely following the latest developments regarding Sweden and Finland, but we do not have a positive opinion," warned Turkish President Recep Tayyip Erdogan, as Helsinki formalized its "historic" NATO candidacy on Sunday. and that Stockholm followed suit on Monday, May 16, through the voice of its Prime Minister, Magdalena Andersson.

>> To read: facing the Russian neighbour, Finland's neutrality put to the test by the war in Ukraine

Formed in 1978, the PKK is an armed political organization considered terrorist by Turkey and a large part of the international community including the United States and the European Union.

“In the geography of the Turkish diaspora, Sweden has indeed a specific place. Since the 1980s, the country has hosted many political refugees, many of whom are suspected by Turkey of being PKK militants. an old dispute between Stockholm and Ankara", specifies Élise Massicard, specialist in the political sociology of contemporary Turkey.

"According to a widespread view among Turkish nationalists, if the PKK still exists, despite 40 years of a war waged with extraordinary means, it is because it has these 'rear bases' outside of Turkey", adds the researcher at Sciences Po.

For its part, Sweden announced on Monday that it would send a delegation of diplomats "to smooth things over and try to obtain Turkey's agreement", specifies Ludovic de la Rochefoucauld, France 24 correspondent in Turkey.

By expressing a discordant voice, Erdogan would therefore seek to weaken the support of the Swedes and Finns for the Kurds against his support for NATO entry.

"It is absolutely necessary to put an end to the support for terrorist organizations (...). I do not say this as an element of bargaining, but because that is what it means to be Allies", affirmed Sunday in Berlin the Turkish minister of Foreign Affairs, Mevlüt Cavusoglu, on the sidelines of an informal meeting of the organisation.

Theoretically, Turkey is perfectly capable of blocking the accession of Sweden and Finland.

Indeed, the two Scandinavian countries must convince all the members of the organization – 30 countries – of the merits of their candidacy.

"The Alliance operates on the principle of consensus. Each member can therefore use its veto. We have seen this with Greece, which for years opposed the accession of North Macedonia" because of a dispute over the name of the country – Macedonia also being a Greek province – recalls geopolitical scientist Olivier Kempf.

While a royal road seemed to open up for Sweden and Finland, two solid democracies close to NATO via "the partnership for peace", Turkey's position is causing trouble within the Alliance.

"I am confident that we will be able to find common ground, a consensus on how to move forward on issues of membership" in NATO, however wanted to reassure Jens Stoltenberg, the secretary general of the organization, before adding that Turkey had “clearly indicated its intention not to block” the process.

"There will be such political pressure on Turkey that it will not be able to block the accession of Finland or Sweden", assures Olivier Kempf.

According to specialists interviewed by France 24, Swedish support for the PKK would above all serve as a pretext for Ankara to regain influence within the Atlantic Alliance.

"Turkey's position has been very complicated for several years with NATO. We had come to the point of discussing its exclusion. For Turkey, it is a question of avoiding being marginalized", underlines Élise Massicard.

The Turkish position would aim to obtain counterparts from the members of the organization, in particular from the United States.

In 2020, Washington had imposed sanctions on the Turkish defense industry in retaliation for the purchase of the Russian anti-missile system S 400. Turkey had notably been excluded from the program of American stealth combat aircraft F-35, for "which she had placed an order and paid a deposit of 1.4 billion dollars", recalls Courrier International.

A gesture from Joe Biden on this issue would undoubtedly overcome Ankara's reluctance.

Finally, it is difficult not to see in Turkey's attitude a message sent to Russia which considers the enlargement of NATO to the East as a betrayal on the part of Western countries.

Since the outbreak of the war in Ukraine, Ankara has done everything to maintain good relations with the two belligerents on which its economy is closely dependent.

"The Turks and the Russians also share the Black Sea and common interests in Syria", analyzes Olivier Kempf.

"Erdogan supports Ukraine but is careful not to go too far."

>> To read: war in Ukraine: Turkey juggles between Moscow and kyiv against a backdrop of economic interests

This episode also reminds us that the Atlantic Alliance, even reinvigorated by the Russian invasion of Ukraine, is not immune to strategic differences.

"It is not because NATO is united on the essentials that there is necessarily an agreement on everything", summarizes Olivier Kempf.

"Ultimately, the underlying issues remain and have not gone away with the war in Ukraine."